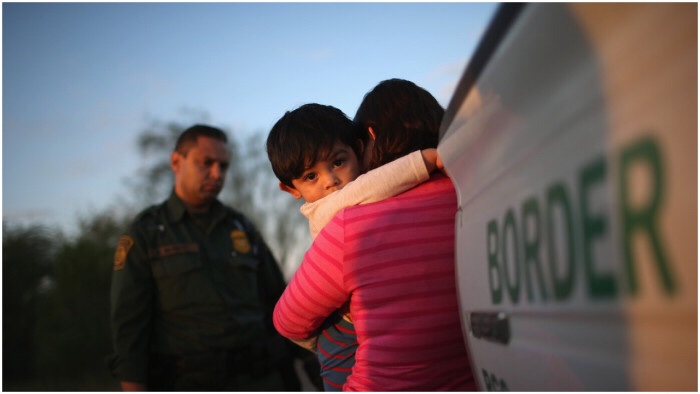 Why won’t Canada denounce this? Why? (UPDATED!)

It’s the story that made Maddow cry on air.

And – now – we are also being told that these children are orphans now – they will never be reunited with their parents again.

Trump administration officials have been sending babies and other young children forcibly separated from their parents at the U.S.-Mexico border to at least three “tender age” shelters in South Texas, The Associated Press has learned.

Lawyers and medical providers who have visited the Rio Grande Valley shelters described play rooms of crying preschool-age children in crisis. The government also plans to open a fourth shelter to house hundreds of young migrant children in Houston, where city leaders denounced the move Tuesday.

In recent days, some have taken me to task for likening this American regime to Nazis. For saying I hate them. I don’t care: they are like Nazis. And I do hate them.

But what I think doesn’t matter. I’m just a guy with a web site.

What matters is what people with power do and say.

UPDATE: And Trudeau condemned it! That is such, such good news.  Proud Canadian, here.