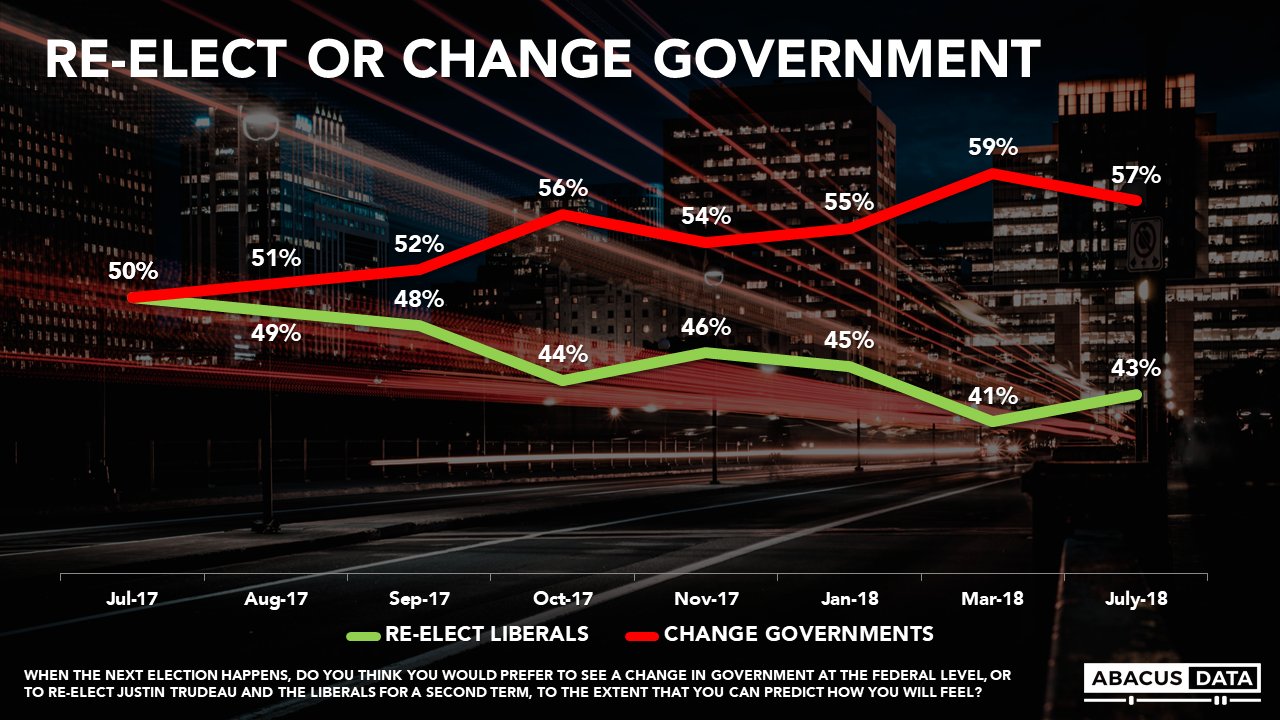 Change vs. More of the same

That was the frame in the epic 1992 Clinton vs. Bush matchup.

I talked to James Carville about it for my book The War Room.  Snippet here:

In 1992, the strategy Carville designed for Bill Clinton was the same from the start of the primaries to voting day in the general election for president. Clinton was the candidate of change — the new ideas Democrat who would fix the economy. It was always the same strategy, the same plan, from beginning to end.

“Our staff, however, was frequently distracted,” Carville admits. So he put up a famous sign on the war room wall in Little Rock. Here’s what it said:

Change Versus More of the Same

Change, as James Carville recalls, was the message. Positioning Bill Clinton as the agent of change was the strategy. The message was heard; the strategy was a winner.

Abacus is out this morning with this. 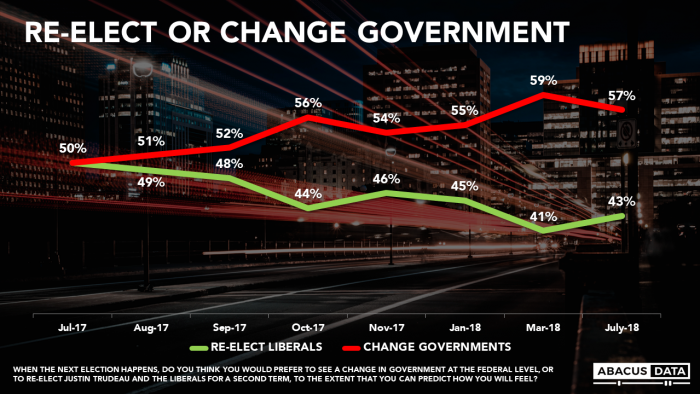 So almost 60 per cent of Canadians want a change – which means, per the cliché, if an election were held today, Justin Trudeau would be toast.  Abacus decided to probe deeper about how truly committed these folks are to “change.”  here’s what they found:

We asked people to tell us which of several potential factors had been contributing to their desire to change the government next year.  Overall, fiscal and tax issues rank high in importance as do immigration and refugees issues and the PM’s trip to India.

They dug even deeper, too.  They put together a ranking of why New Democrat-leaners and Conservative-leaners favour change.  Here’s what they found. 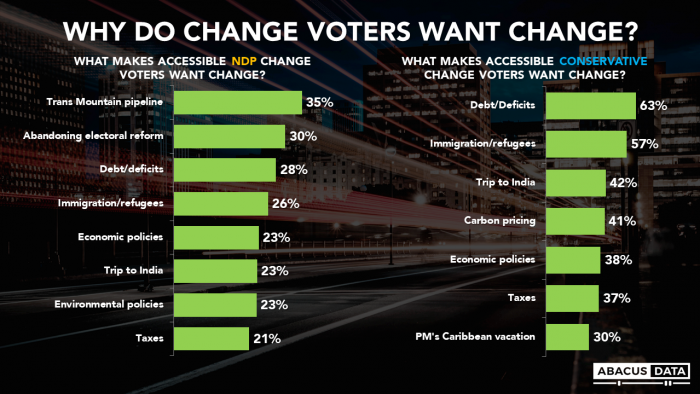 What’s it all mean, Virginia?  It means Trudeau is being squeezed on both flanks, with defined issues.  It means that Trudeau’s detractors have identified clear reasons to defeat him.  It isn’t just some amorphous desire for change to whatever.

And that India imbroglio?  It pissed people off on both sides of the ideological spectrum.  It is now, officially, the biggest Prime Ministerial trip-mess since Joe Clark’s ill-fated trip to the Middle East, forty years ago.

Change.  When the desire for it takes hold, it’s pretty hard to stop.