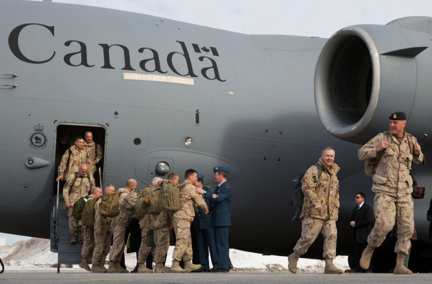 Is Trump right on NATO?

Donald Trump has said – and this week, in Brussels he will say yet again – that Canada and other nations don’t pay our way in NATO.  He will say we need to pay more.

There are 28 members of NATO. Its budget is is hundreds of billions, annually. The United States of America contributes most of that. The United Kingdom, France and Germany are also big contributors. Canada?

Canada is in the bottom third of NATO members, alongside Slovenia and Luxembourg, and others with bankrupt and/or struggling economies. By agreement reached in 2014, NATO members are supposed to be devoting two per cent of their nation’s gross domestic product (GDP) to defence. Canada doesn’t, and consistently hasn’t.

During the Republican primaries and during the U.S. presidential race, Donald Trump would be asked often about defence by journalists looking for some crazy new Trump statement to report. Trump wouldn’t disappoint.

So: “We are getting ripped off by every country in NATO, where they pay virtually nothing, most of them. And we’re paying the majority of the costs.”

And: “The U.S. must be prepared to let these countries defend themselves.”

That statement about NATO’s obsolesence, uttered during an interview with a German newspaper, was a shock. “[NATO is] obsolete, first because it was designed many, many years ago,” Trump said. Secondly, he said, it’s obsolete because “countries aren’t paying what they should.”

His first point, like so much that Trump says, was certifiably insane. With Trump’s boss Vladimir Putin massing troops and guns on the border of assorted Baltic states, NATO is needed more now than perhaps ever before. But on his second assertion, that NATO is compromised because many countries aren’t paying what they should?

On that, Donald Trump is not entirely wrong.

This week, Justin Trudeau has attempted to curry favour with Trump – by deploying more Canadian Forces troops in Latvia, and by keeping them for another four years.  It is unlikely to sway Trump, however.  There are two reasons for that.

One, Trump – as noted – is arguably right that Canada needs to devote more of its GDP to NATO.  Not two per cent, necessarily, but more.

Two, Trump isn’t going to Brussels to praise NATO – he is going there to bury it.  That’s what his benefactor Vladimir Putin wants; Trump will comply.  And complaining about the funding of NATO is a clever ruse – it undermines the military alliance indirectly.