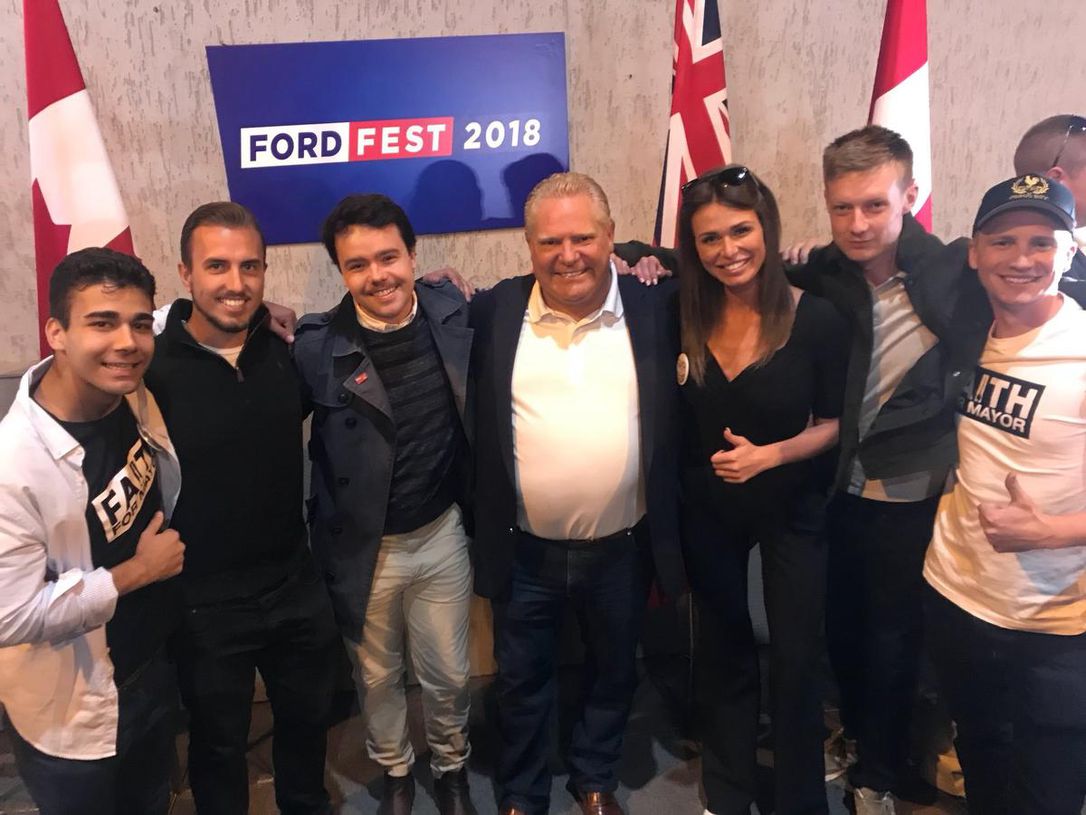 Farber: the Premier must denounce this white supremacist, clearly 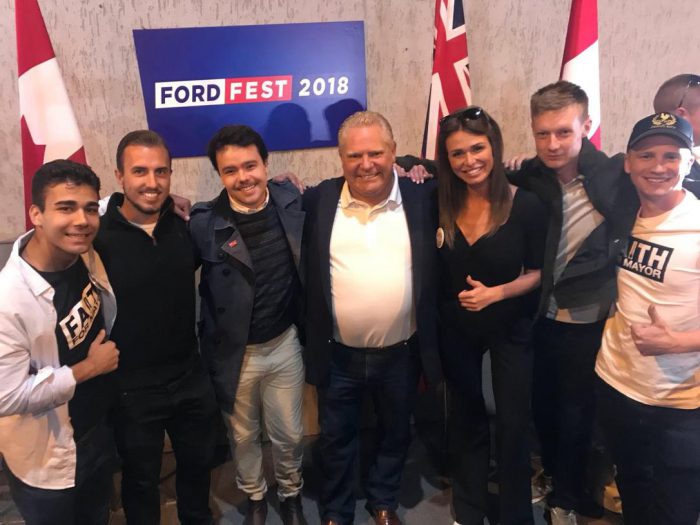 From my brother of another mother, Bernie Farber, in the Star:

It was Doug Ford’s “Trump moment.” We all remember the day after the white supremacist rally in Charlottesville and the murder of anti-racist protester Heather Heyer allegedly by a neo-Nazi. Trump insisted that there were “good people” on both sides.

Doug Ford may have done Trump one better. On Saturday, Faith Goldy, in the race for Toronto mayor, well-known for embracing and supporting white supremacist views, turned up at the Ford Fest BBQ in Vaughan. Following a photo-op with the premier, a scandal ensued as Ford refused to renounce Goldy, her white nationalist views and support to neo-Nazis when asked to do so in the legislature by the NDP.

Goldy is well-known to Ford. She was a colleague of the premier’s when they both appeared on SUN News panels. He was also interviewed by Goldy before she was fired from the ultra-right Rebel Media for her support of neo-Nazis in Charlottesville.

Goldy has a short but sordid history with white nationalist extremism. She didn’t start out that way. Articulate and engaging, Goldy was a devout Christian and a graduate of Trinity College at the University of Toronto. At Trinity, she received a Gordon Cressy Student Leadership Award recognizing outstanding extra-curricular contributions to the school.

From there Goldy took a sharp turn to the right. In 2015, Goldy was a co-host of a live public affairs program for Zoomer Media. I was asked to participate in a discussion on the Syrian refugee crisis. At first congenial and warm, Goldy turned right before my eyes into an anti-immigrant loudmouth hardly disguising her animus, permitting raucous racist comments from the partisan crowd.

Shortly thereafter, Goldy began her stint with Rebel Media. It seems that the influence of commentators there who engaged in anti-Semitic, racist and Islamophobic rhetoric helped turn her mind. And it was from her perch at Rebel Media that Goldy went fully into the nightmare world of white supremacy.

Warren Kinsella, author of the Web of Hate and a recognized expert on Canadian hate groups had this to say about Goldy’s experience in Charlottesville:

“The breaking point came in Charlottesville, which she was sent to cover for Ezra’s online lunatic asylum, where she’d be seen doing a stand-up not far from the woman who was mowed down by a white supremacist. That terrible week, Faith appeared on the pro-Nazi Daily Stormer, opining that there was a need for a rise in “white racial consciousness.” She also proclaimed that National Socialist types have “robust” and “well-thought-out” ideas on “the Jewish question.” Levant, a Jew and no anti-Semite himself, finally fired her.”

From that point on, her descent was rapid. She began to appear on white supremacist media sites where she recited the infamous “14 words.” (We must secure the existence of our people and a future for white children.) It is the credo of white supremacy evolved by David Lane, leader of the neo-Nazi terrorist group “The Order.” Lane was convicted and sentenced for violating the civil rights of Alan Berg, then a Jewish talk show host who was murdered in June 1984. Three members of “The Order” shot Berg in his driveway. Lane drove the get-away car.

Goldy’s meteoric rise in the far right continued. Appearing on a far- right television program, Goldy hyped the anti-Semitic tome For My Legionaries. Written in the 1930s, the renowned Southern Poverty Law Center describes it as “the canonical works of global fascism.” It advocated the genocide of Jews even before Hitler enacted the Holocaust. Goldy described it as “very, very, very, very spot on. . .”

David Duke, infamous former Grand Wizard of the KKK, tweeted out her messages that included such gems as “the future is far right.”

Ford has condemned hate speech but refuses to renounce Goldy by name and her associations. His words do not live up to his actions. Canadians still expect decency and leadership from those we put in office. Ford can still make this right, but not until he fully dissociates himself from those like Faith Goldy and their vile ideas.

Bernie M. Farber is chair of the Canadian Anti-Hate Network.