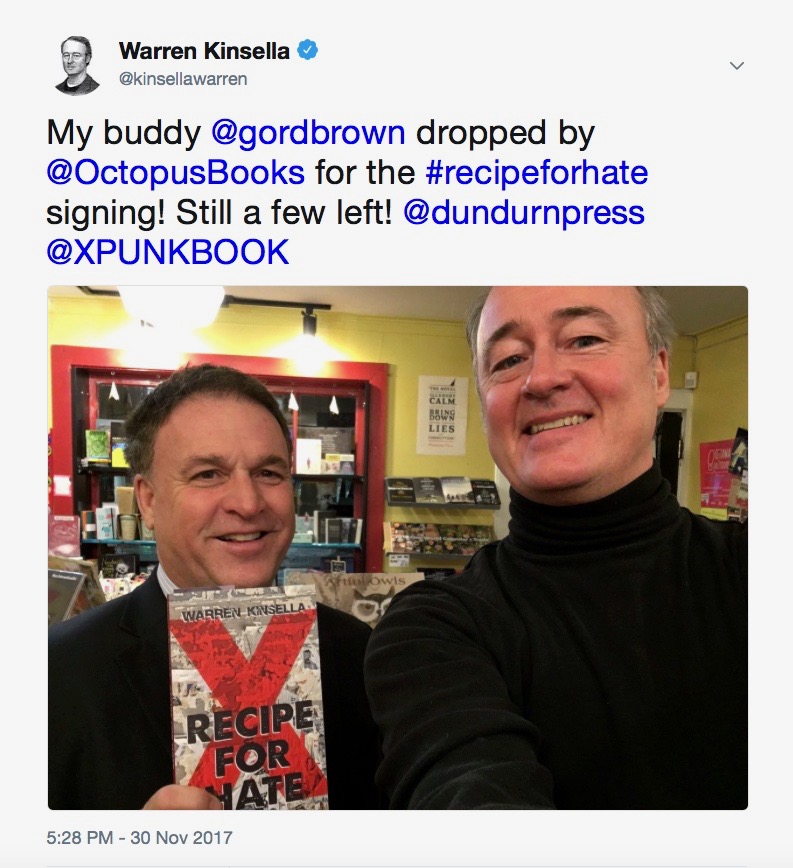 By-elections, by the numbers

The morning after the by-election in Leeds-Grenville, Thousand Islands and Rideau Lakes, I know what Gordie and I would have been doing.

We would have been going through the numbers.

Over the phone, for years, we’d do that: go through the numbers in a by-election or a general. He encouraged me when I lost in North Vancouver in 1997, and I encouraged him when he lost the first time he ran in 2000, against our mutual friend Joe Jordan. He only lost by 55 votes, that time.

The morning after the December 3, 2018 by-election in Leeds-Grenville, Thousand Islands and Rideau Lakes, Gordie and I would have been on the phone again, laughing. The Conservative vote – Gordie’s vote, really – went up by nearly 11 percentage points. The Liberal vote went down, by five per cent.

Gordie – who was a great admirer of my former boss, Jean Chretien, but unlikely ever to advertise the fact publicly – knew what that result may mean. Not good for Justin Trudeau, he would have said. Not good.

The winningest Prime Minister, when it came to by-elections, was the Rt. Hon. Jean Chretien, Gordie and I knew. In his decade in power, Chretien led his party in the 29 by-elections. Over that decade, Chretien’s share of the vote increased. (Robert Borden, Lester Pearson and Wilfrid Laurier came next, in that order.)

Justin Trudeau? Justin Trudeau was in the middle of the prime Ministerial pack, Gordie and I might have noted. Brian Mulroney – the former Prime Minister Justin Trudeau speaks with the most – was at the very bottom, number seventeen. His vote share actually dropped in those contests, by more than 25 per cent.

“Your guy Chretien knows how to win,” Gordie used to say, and I sure wouldn’t disagree. “Harper really admired him, you know?”

I knew. (Harper ranks number ten on the by-election winner list, by the by.)

Now, Gordie and I would always preface these discussions about numbers with a rote acknowledgement of immutable electoral realties. Like, a by-election is not a general election. Like, governments (with the exception of Chretien’s governments) often lose them. Like, they are interesting – but not always a reliable portent of future events.

But. But, but, but, Gordie would have said. But, sometimes, by-elections do matter a lot. Did you see what that Eric Grenier guy wrote on the CBC web site?

I did, Gordie. Here’s what Grenier, another numbers guy, wrote the same week as the by-election in Leeds-Grenville, Thousand Islands and Rideau Lakes.

“In fact, there does seem to be a relationship between by-election performance and how a government does in a subsequent general election,” Grenier wrote. “This is where things get complicated for Trudeau. Of 15 prime ministers who saw an average increase in their share of the vote in by-elections during a single term, only one of them went on to defeat. That was King in 1930, when the country was in the grips of the Great Depression.”

So what, I might’ve said to Gordie. Keep reading, Gordie would’ve said. So I did.

Mixed company. Not necessarily all bad. But not all good, either.

My guy, Jean Chretien, remains a giant in this country. He’s in his eighties, now, but he’d win big if he was still leading the Liberal of Party of Canada. That’s what Gordie used to say.

“We Conservatives were never happier than we were when Jean Chretien retired, Warren,” he’d say, and we’d laugh.

So, this column will have to do.

Christ, I miss you, brother.