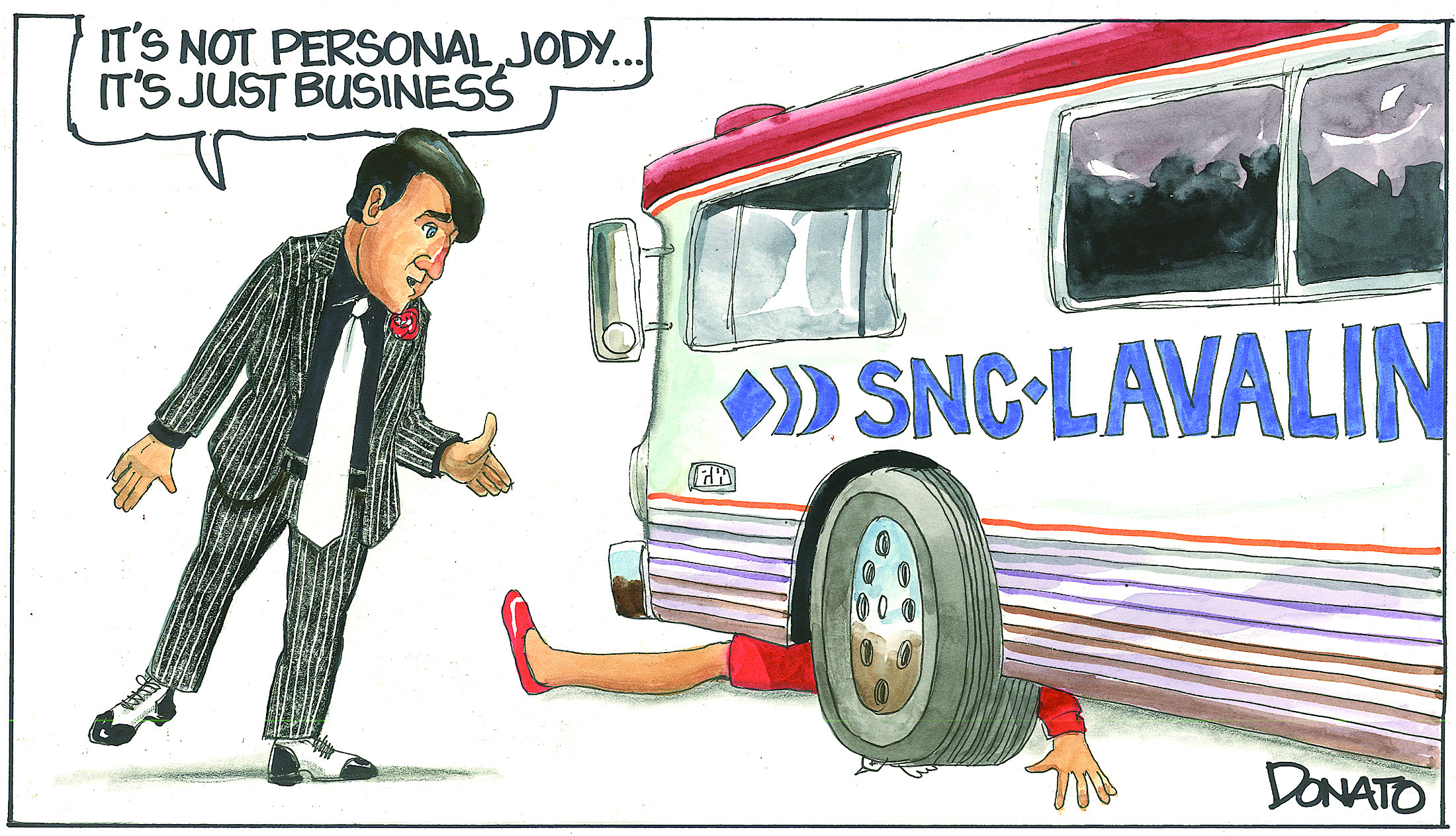 #LavScam questions. I have plenty.

We know, from the Globe and Mail, that it was the Principal Secretary to the Prime Minister of Canada, one Gerald Butts, who met with the Attorney-General of Canada in December to have a “robust discussion,” quote unquote, about perhaps giving the oleaginous SNC-Lavalin a sweetheart deal, and a free pass on those pesky corruption and bribery charges it was facing.  You know: the SNC-Lavalin who had just earlier given the Liberal Party of Canada lots of illegal donations.

So: the Prime Minister’s Principal Secretary met with the Attorney General, and possibly other PMO fart-catchers, too.  They say they all had lots of good-natured “robust discussions.” The Globe and Mail says some of them may have “obstructed justice.”

Anyway. That brings us to yesterday, when the Prime Minister of All Of Canada had a press avail thing in Vancouver.  He was announcing something, but none of us can even remember what it was.  We wanted to hear from him on the metastasizing scandal that some say is increasingly likely to lead to his defeat in October.

And here’s what he said.  Read it carefully.

“I have met with Minister Wilson-Raybould a couple of times already since arriving in B.C. yesterday. We spoke about our shared goals for our country and for this government. She confirmed for me a conversation we had this Fall where I told her directly that any decisions on matters involving the director of public prosecutions were hers alone.”

See that? “A conversation we had this Fall where I told her directly that any decisions on matters involving the director of public prosecutions were hers alone.”

How interesting.  I started shouting questions at the screen, when I heard that, but none of the reporters out in B.C. could hear me.  So I will try again with you, gentle reader.

But we do know that Trudeau raised SNC-Lavalin’s criminal predicament with Jody in October 2018.  He admitted that yesterday.  He said that, for the first time.

Why did he?  Why would he even need to say that he didn’t want to interfere with her prosecutorial role? Why would any Prime Minister ever need to say to a Minister: “Hey, don’t break the law.” Why do that? And why would his most senior advisor then show up a few weeks later, in December, to “robustly” talk about the very same thing, if everyone had already agreed in October to not, you know, break the law?

This part isn’t a question.  It’s a statement. The Nixonian children’s crusade in PMO don’t want to relieve Jody Wilson-Raybouild of her lawyer’s obligation to maintain solicitor-client privilege for one reason: they don’t want the truth to come out.  They are covering up.

But the truth, like water, always seeps out, kiddies.  It does. And, yesterday, some of it oozed out of our unctuous, baby-faced Prime Minister.

And it raised even more questions.