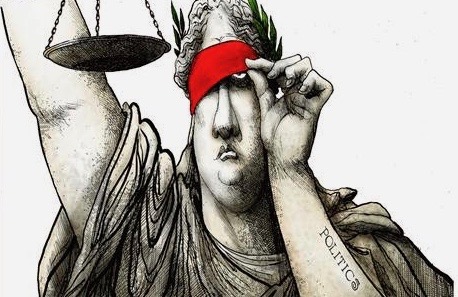 If Justin Trudeau won’t relieve Jody Wilson-Raybould of her lawyer’s obligation to maintain confidentiality – and if he plans to fight any inquiry into the #LavScam obstruction of justice scandal – we all know what that means.

It means the Nixonian coverup has started.

The Star has the story today, and they’re leading with it.  It’s important.  And it calls to mind what Howard Baker said about Watergate-style cover-ups, and he’d know: “It is almost always the cover-up rather than the event that causes trouble.”

OTTAWA—The Liberal government appears likely to block opposition efforts to probe allegations of political interference in the criminal prosecution of SNC-Lavalin, while insisting that discussions on the matter with former justice minister Jody Wilson-Raybould were above board.

Justin Trudeau’s government will not yet waive solicitor-client privilege, which would give Wilson-Raybould latitude to speak about the allegation, nor will it permit a parliamentary committee to proceed with its own investigation, the Star has learned.

Wilson-Raybould has remained silent since the Globe and Mail reported Thursday that senior officials in the Prime Minister’s Office pressed her to seek mediation instead of pursuing criminal charges against SNC-Lavalin.

The former justice minister — who was moved from her post in January — has refused to confirm or deny the allegations, saying she is bound by solicitor-client privilege.

A senior government official, speaking to the Star on the condition they not be named, said Saturday that the government will not waive the privilege — as demanded by opposition MPs — because SNC-Lavalin’s potential criminal trial remains before the courts. A second government source confirmed that the potential criminal trial, as well as SNC-Lavalin’s appeal of prosecutors’ denial of a mediation deal, makes waiving privilege unlikely.

Nor will the government agree to demands by the Conservatives and New Democrats for an emergency meeting of the Commons justice committee to summon Wilson-Raybould and Trudeau’s top political aides to testify publicly on the affair, the senior source said.