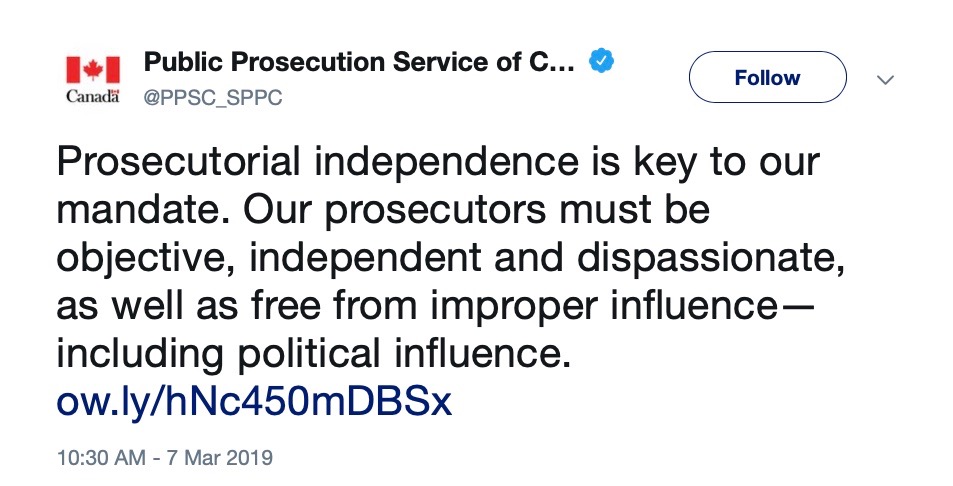 An hour after the “Prime Minister” speaks, this.

This is simply extraordinary.  In all my years of lawyering, and trying to teach law, I have never seen something like this.

It is the clearest indication, yet, what the Canadian justice system thinks about Justin Trudeau’s repeated efforts to obstruct justice.  The prosectors are directly responding to Trudeau’s claims this morning.

If the rule of law is to truly matter – if we are to avoid being regarded, internationally, as a banana republic with a judicial system that is wholly a captive of of the executive branch – we must investigate, and prosecute, the wrongdoers.

And that, increasingly, looks to include Justin Trudeau. 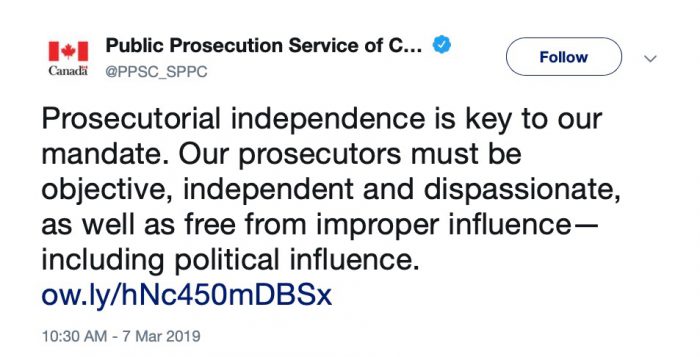