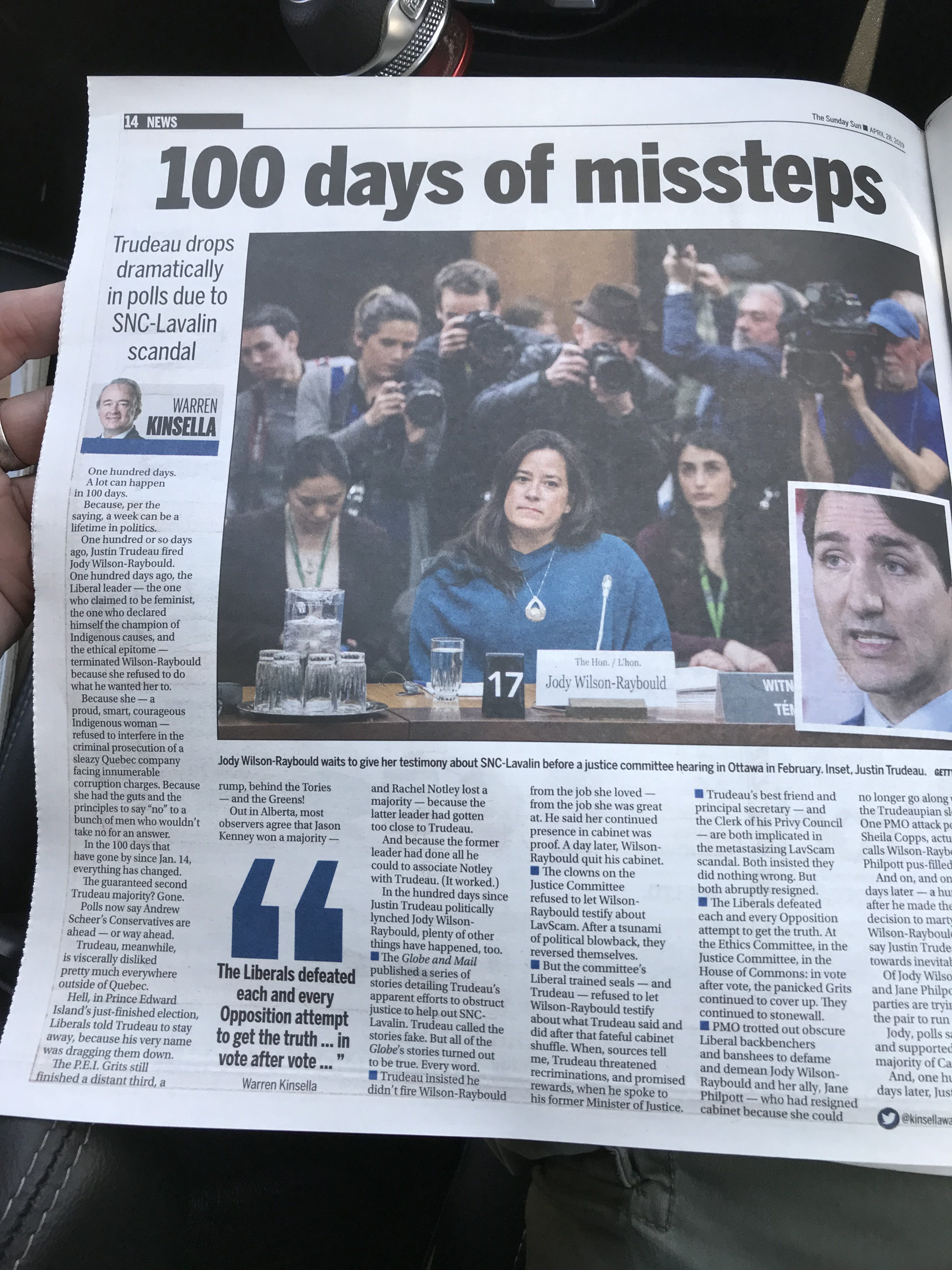 100 days of #LavScam: Trudeau has defeated himself

A lot can happen in 100 days.  Because, per the saying, a week can be a lifetime in politics.

Because she – a proud, smart, courageous indigenous woman – refused to interfere in the criminal prosecution of a sleazy Quebec company facing innumerable corruption charges.  Because she had the guts and the principles to say “no” to a bunch of men who wouldn’t take no for an answer.

In the 100 days that have gone by since January 14, 2019, everything has changed.  The guaranteed second Trudeau majority?  Gone.  Polls now say Andrew Scheer’s Conservatives are ahead – or way ahead.  Trudeau, meanwhile, is viscerally disliked pretty much everywhere outside of Quebec.

Hell, in Prince Edward Island’s just-finished election, Liberals told Trudeau to stay away, because his very name was dragging them down. The PEI Grits still finished a distant third, a rump, behind the Tories – and the Greens!

In the hundred days since Justin Trudeau politically lynched Jody Wilson-Raybould, plenty of other things have happened, too.

And on, and on. A hundred days later – a hundred days after he made the insane decision to martyr Jody Wilson-Raybould – pollsters say Justin Trudeau is heading towards inevitable defeat.

Of Jody Wilson-Raybould and Jane Philpott?  The other parties are trying convince the pair to run for them.

Jody, polls say, is believed and supported by the vast majority of Canadians.