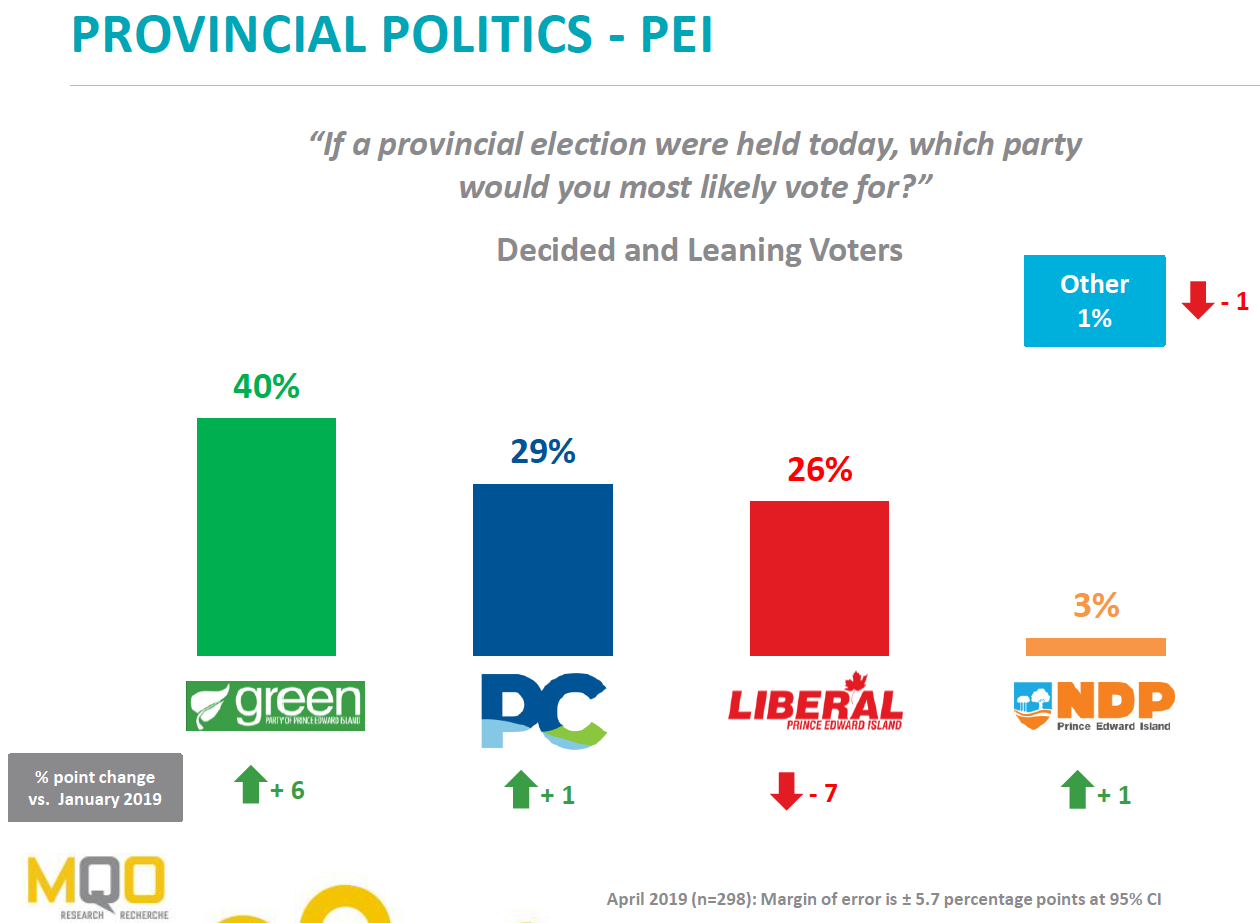 But ever since Nate voted to deny Jody Wilson-Raybould an opportunity to appear before the Ethics Committee – ever since Nate actually acted as the spokesman for the Liberal MPs who denied her a chance to testify about how the Prime Minister of Canada obstructed justice – I’ve (sadly) decided I can support him no more. I don’t want an MP who participated in, and defended, a coverup.

So, who to vote for? I’m not wild about any of the other choices. Polls suggest I’m not alone in that regard.

Tiny Prince Edward Island to the rescue! PEI is showing everyone there is indeed an alternative, now. And it’s ready to govern, too.

Here’s the latest from PEI, where I am told local Liberals have told Justin Trudeau to stay away.

I think we should heed their example, don’t you?

A new poll is showing a substantial lead by the Green party over the Liberals and Progressive Conservatives.

The poll of 400 P.E.I. residents, carried out by MQO Research, showed support for Peter Bevan-Baker’s Green party at 40 per cent, while Dennis King’s PCs stood at 29 per cent and Wade MacLauchlan’s Liberals stood at 26 per cent. The NDP, under the leadership of Joe Byrne, remained at three per cent public support.