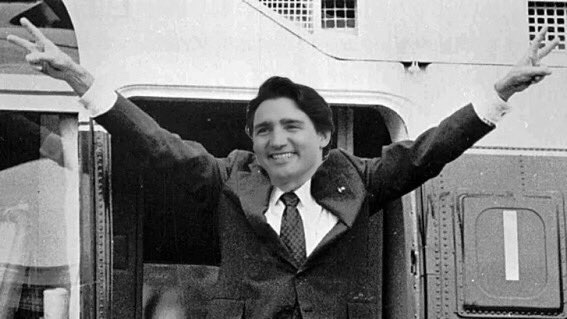 The Globe and Mail’s John Ibbitson called it “needs-to-have-his-head-examined foolish.” The National Post’s Matt Gurney said it was “absolutely bonkers” and evidence of having “utterly lost [his] mind.”

Former Chretien communications boss Peter Donolo suggested it was “a mistake in a number of ways.” The Post’s Andrew Coyne cheerfully quoted other pundits, who themselves termed it an “unfathomably stupid move” and “the most ill-advised defamation suit since Oscar Wilde sued the Marquess of Queensbury.”

In fact, when one checks all known media – and this writer did, as a public service, gratis – it is impossible to find a single sane pundit who thinks Justin Trudeau’s libel lawsuit against Andrew Scheer is in any way defensible.

She thought it was a really good idea, and falsely claimed Scheer retreated after being served with the requisite libel notice (the Conservative leader has in fact repeated the alleged libels, word for word, outside the privileged confines of the House of Commons).

Pro tip, Prime Minister Chewbacca Socks: when Sheila Copps is giving you legal advice, you have well and truly reached bottom. Your octopus is cooked.

Now, this writer teaches media law at the University of Calgary’s Faculty of Law, and previously did so at Carleton University’s School of Journalism. This writer has also been involved in winning defamation cases all the way up to the Supreme Court of Canada – cf., Macdonald v. CBC and Kinsella. This writer knows a bit about defamation law.

So, trust me when I say: Justin Trudeau has done many, many stupid things during the three months that LavScam has been a raging political dumpster fire. None, however, is as stupid as his decision to sue Andrew Scheer for telling the truth.

1. Trudeau’s handed control to Scheer. Justin Trudeau’s apparatchiks on the Justice and Ethics committees shut down any further inquiry on LavScam. They showed Canadians, in effect, that there’s no justice to be found at Trudeau’s Ethics Committee, and no ethics on Trudeau’s Justice Committee.

The Ethics Commissioner’s “investigation,” meanwhile, has been buffeted by illness and possible conflicts of interest. Trudeau is leading a Nixonian-style coverup, ruthlessly crushing any possible legal avenue for Jody Wilson-Raybould to talk about the threats Trudeau directed her way.

2. Trudeau has alienated many, many media people with his ill-advised stunt. Reporters and editors do not like libel actions, at all. Why? Because they are the people who get sued most often. Media organizations, meanwhile, have spent many millions pushing the courts and lawmakers to adopt a more liberalized defamation law – and they’ve succeeded, to some extent, with the historic case of Grant v. Torstar Corp., back in 2009.

That is why not a single media person – save and except Chief Justice Copps – could be found to applaud Trudeau’s idiotic move. Not even Susan Delacourt, Heather Mallick, Chantal Hebert, Althia Raj or Joyce Napier celebrated Trudeau’s ludicrous litigation. Not even them.

The media have a deeply-held antipathy towards defamation actions, and understandably so. By launching this one, Justin Trudeau has alienated many ink-stained scribes. And he’s helped keep the story alive, now into its third consecutive month.

3. Trudeau may be Canada’s chief law-maker, but he clearly doesn’t understand the law. The thin-skinned Liberal leader’s lawsuit is a classic SLAPP action – a strategic lawsuit against public participation. Laws have been passed in various provinces to slap down SLAPP suits – including the one in which Messrs. Trudeau and Scheer reside, Ontario.

There’s another established part of the law Trudeau doesn’t understand: defences to defamation claims. In this case, all of them arguably apply: fair comment, privilege, and justification – or, truth. Because what the Conservative leader said was demonstrably true: Trudeau, his Minister of Finance, his Principal Secretary, his Chief of Staff, and his senior staff did pressure Jody Wilson-Raybould more than 20 times over a four-month period to help a sleazy Quebec-based donor, SNC-Lavalin, avoid a criminal trial. It’s the truth.

When this writer graduated from law school, he didn’t remember very many cases. He did remember what his criminal law professor recommended clients be told in criminal and quasi-criminal situations. You know, like Justin Trudeau’s LavScam scandal.