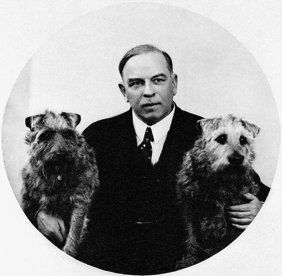 My latest: dogs and politicos

Why do political people love dogs?

Because we do, we do. Proof is at hand.

MacKenzie King’s personal legacy – characterized, as it was, by his avid spiritualism, his byzantine diaries, and his nighttime strolls down certain streets the Market – is not without controversy. A debate rages, even now, about whether Canada’s longest-serving Prime Minister was a political genius or a certifiable nut job.

But about one part of King’s private life there can be no dispute: his love of his three Irish Terriers, all of whom he named Pat.

Pat, Pat and Pat. (Among other things, it reduces monogramming costs.)

Alliteratively, King called the Irish Terriers “red, racy and rectangular,” and they sort of were. King, being a man who was always distant from his fellow man (and woman, except for those ones he ran into in the Market at night), was closest to Pat. The dog went everywhere with him. He trusted it more than he trusted any human, save and except his beloved mother. (Who, along with the departed Pats, he attempted to commune with in seances.)

Here is what he write in his diaries about the Pats. It is something that any politico could write about their dog, too.

“[Pat is] a God-sent little angel in the guise of a dog, my dear little saviour,” King wrote. “[He is perfect because he] asks only to be near your and to share in a companionship of pure trust.”

And that is why every political dog is beloved by their political human: trust. They listen, they do not talk back, and they keep secrets secret.

After taking office in 1957, Dief the Chief ordered his staff to come up with a name for the dog he was given by a fan. He wanted to call it “Tory,” but his staff were worried that the pup would become fodder for editorial cartoonists. So he was named Happy instead.

Like King, whom he deeply despised, Dief was singularly unimaginative about dog names. Thus, there was more than one Diefenbaker dog named Happy. Happy the Second was not a terrier, but he was a terror, often disappearing from the Conservative leader’s office. Dief’s driver would then be dispatched to find Happy II, and he always did. “My dog has the ancestry and the distinguished pedigree, but no training at all,” said Canada’s thirteenth Prime Minister, who could have been also describing Canada’s twenty-third Prime Minister.

Stephen Harper was a big fan of cats, by the way, which tells you all that you need to know. He also had a chinchilla named Charlie, which is partially redeeming, but not entirely.

Did Pierre Trudeau like dogs? Did he have one? Was he almost certainly a cat person, like that Harper fellow? History does not record the truth. His son Justin, however, has a Portuguese water dog, who is neither Portgguese nor made of water. His name is Kenzie.

When he arrived at the Prime Ministerial homestead in 2016, that hard-ass hard-news outlet, The Huffington Post, headlined the resulting story: “Justin Trudeau Dog: The Prime Minister’s Family Got Even Cuter! Meet the prime minister’s newest family member!”

In a tough and unforgiving report, the HuffPo wrote: “Last week, Prime Minister Justin Trudeau broke some very big news for his family: they got a puppy! Along with an adorable photo of two-year-old Hadrien playing with the new dog, Trudeau tweeted: “#tbt to the little one meeting our newest arrival a few months ago. Say hello to Kenzie.”

Kenzie, we note, hasn’t been much seen in public since 2016. In this way, he is like electoral reform, a balanced budget, federal-provincial harmony, and reconciliation with indigenous peoples.

Why all this talk about politicos and dogs, you ask? Simple: one of mine – the beautiful, sweet and perfect Daisy, after whom I named my company – slipped away last week. I have been shattered ever since. I miss that dog, a lot.

Why do we political types love them so? Because, as King, and Dief, and others knew too well, politics is a business you do not enter to make friends. It is nasty, brutish and usually shorter than expected.

But at the end of a long day of treachery and back-stabbing, nothing repairs the political heart better than those brown eyes, and that wet nose, asking for nothing but love.

Rest easy, Daisy. Meet your new friends, Pat and Happy and all the others.