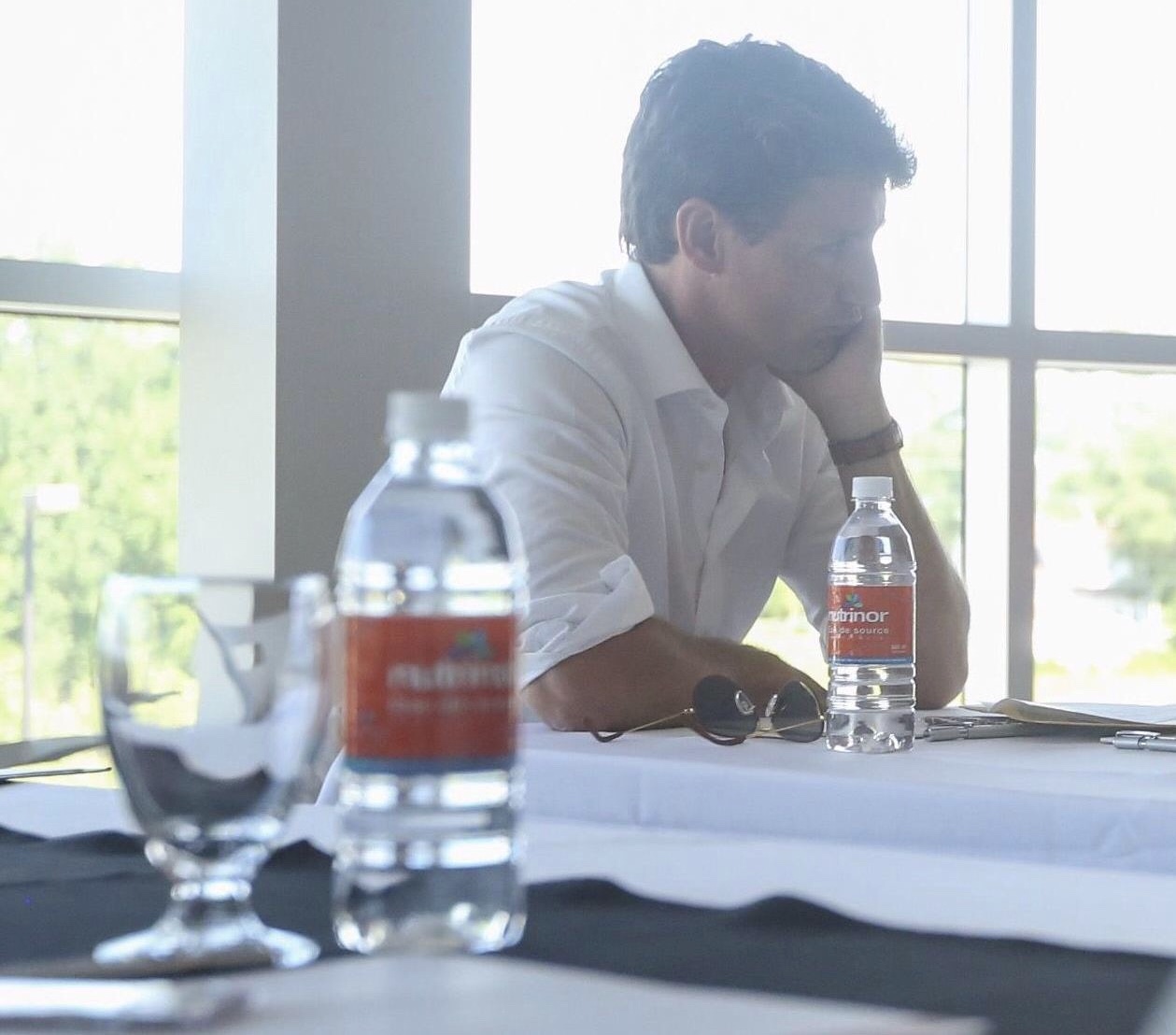 “A hypocrite,” Adlai Stevenson said, “is the kind of politician who would cut down a redwood tree, then mount the stump and make a speech for conservation.”

That’s all that the first Adlai Stevenson left behind in the sands of time, pretty much. He was the 23rd vice-president of the United States, he was from Illinois, and he was a Democrat. His grandson was the Democratic Party’s candidate for president a couple of times, in the 50s. But old Uncle Adlai, as he was called? He was just remembered for his aphorisms, pretty much.

That one above, the one about political hypocrisy, should be printed out, laminated, and pinned to Justin Trudeau’s shirt (You know, like parents do with kids who might wander away during field trips to the zoo).

Trudeau’s PMO staff, too, should have Adlai Stevenson’s pithy maxim tattooed to their foreheads, so that they remember the cardinal rule when they are at their next “deliverology” meeting: In politics, you can get away with all manner of misdeeds and sins. But hypocrisy? Political hypocrisy is lethal. It is toxic. It is the scarlet letter.

To wit: Justin Trudeau and his PMO are hypocrites. There is no shortage of evidence.

This week, for example, Prime Minister Selfie tweeted out a nice photo of himself with something called the “Papineau Youth Council,” whatever that is.  Fresh-faced youngsters ringed a table listening to Trudeau talk about, as he put it, ways “to fight climate change.”  That’s a quote.

Eyeballing the taxpayer-subsidized snapshot, we see:

• None of the kids smiling, not even a bit (also weird, but who can blame them, really)

• Right in the foreground, a pile of plastic cutlery (weird AND wildly hypocritical)

And it’s hypocritical, too, because this is the selfsame Prime Minister, boys and girls, who just a few days ago said he planned to ban so-called single-use plastics. Like, um, plastic cutlery. He also said his family uses “like, drink box water bottles sort of things,” and none of us know what that means. Still.

Political graveyards are littered with the remains of political hypocrites. Pat Buchanan, for example. As I write in my must-have book, The War Room, when he was making one of his many quixotic runs at the presidency, Buchanan started promoting the Trumpist “America First” tagline everywhere. Hire only Americans, buy only American.

So the advisors to George H. W. Bush discovered a key factoid about Buchanan’s “America First” private life: he personally drove a Mercedes, made in far-away Germany. They passed along that little revelation out to the media hordes, and that was the end of Pat.

Another example:  Democrat Gary Hart.  Back in 1987, when the family-friendly Senator was making his second run at the top job, rumours were rampant he was following his little soldier into battle a bit too frequently. Gary was indignant about this scurrilous assault on his personal life. Said he: “Follow me around.  I don’t care.  They’ll be bored.”

The media followed him around. They weren’t bored.  Gary – thereafter photographed with model Donna Rice balanced on his senatorial knee, on a yacht called (we kid you not) Monkey Business – ended up caring, quite a bit.  And that was the end of Gary.

Have Justin Trudeau’s well-documented hypocrisies similarly doomed him to defeat in October? The polls suggest the best the Liberal leader can hope for is a minority government. If that.

So, if Trudeau loses, LavScam, unbalanced budgets, the Aga Khan and decidedly unharmonious fed-prov relations will figure prominently as causes.

But one politically-fatal word, above all the others, will be seen on Justin Trudeau’s headstone: