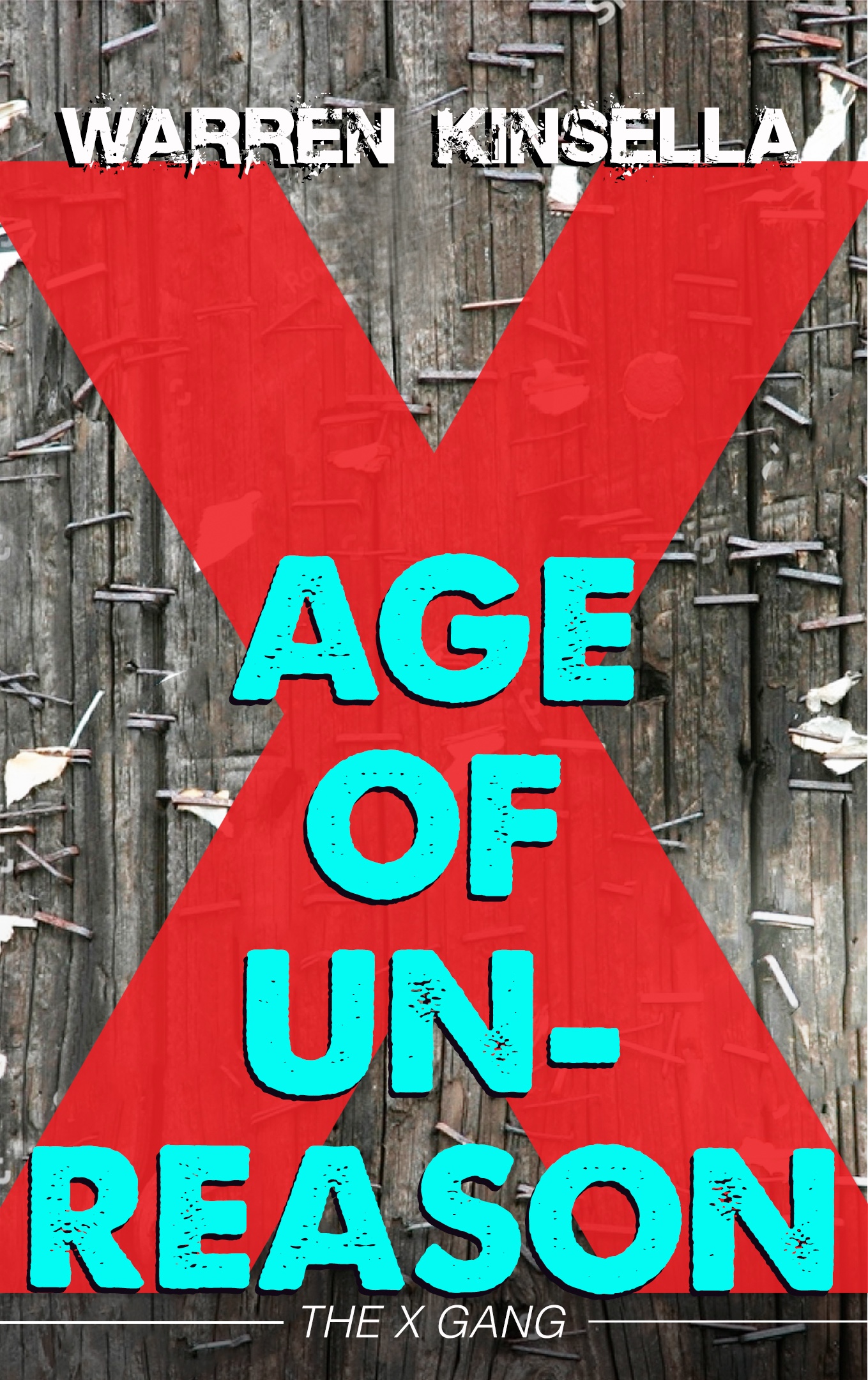 The Age of Unreason!

Look what I got from Dundurn Press when in Boston yesterday for the Red Sox game: the new cover design to the last instalment in the X Gang series, Age of Unreason!

If you’re interested in reading the books published so far – Recipe for Hate and New Dark Ages – they’re here!

And here’s what people have said about the series, below. Hope you can check ’em out!

• Quill and Quire: “Kinsella skillfully blends convincing depictions of both the punk scene and the racist underground with the hoary trope of a band of kids setting out to solve a mystery. The novel is a suspenseful page-turner that also gives considerable food for thought, anchored in realistically drawn characters and an eye for significant detail.”

• Publisher’s Weekly: “Adult author Kinsella (Fight the Right) sets this riveting murder mystery in Portland, Maine, in the late 1970s…Tension starts high and stays there in this unflinching page-turner, which offers a fascinating glimpse into the early punk scene and a moving testament to the power of friendship.”

• Globe and Mail: “Portrayals of rebellious and non-conforming teens can feel reductive or contrived but Kinsella nails it without any stereotyping or embellishment. Though this authenticity will have big teen appeal, the novel is also part police procedural, part detailed history on the emergence of punk and part gritty murder mystery, all elements that skew more adult. Classification aside, it’s absorbing, jarring and raw.”

• Toronto Star: “Warren Kinsella is known mostly as a political operative and pundit, but he also has estimable punk-rock credentials (as punk historian and as bass player in SFH, which bills itself as Canada’s best-loved geriatric punk band). This YA novel is loosely based on real-life events, and concerns the murder of two teenagers in 1979 in Portland, Ore., then the epicentre of the punk scene. It will be of interest to anyone interested in punk culture — not just the music, but the fanzines, art and writing of the period.”

• Booklist: “Kinsella’s book explodes off the page from the start…a dark and engrossing tale of punk-rock heroes fighting for justice.”