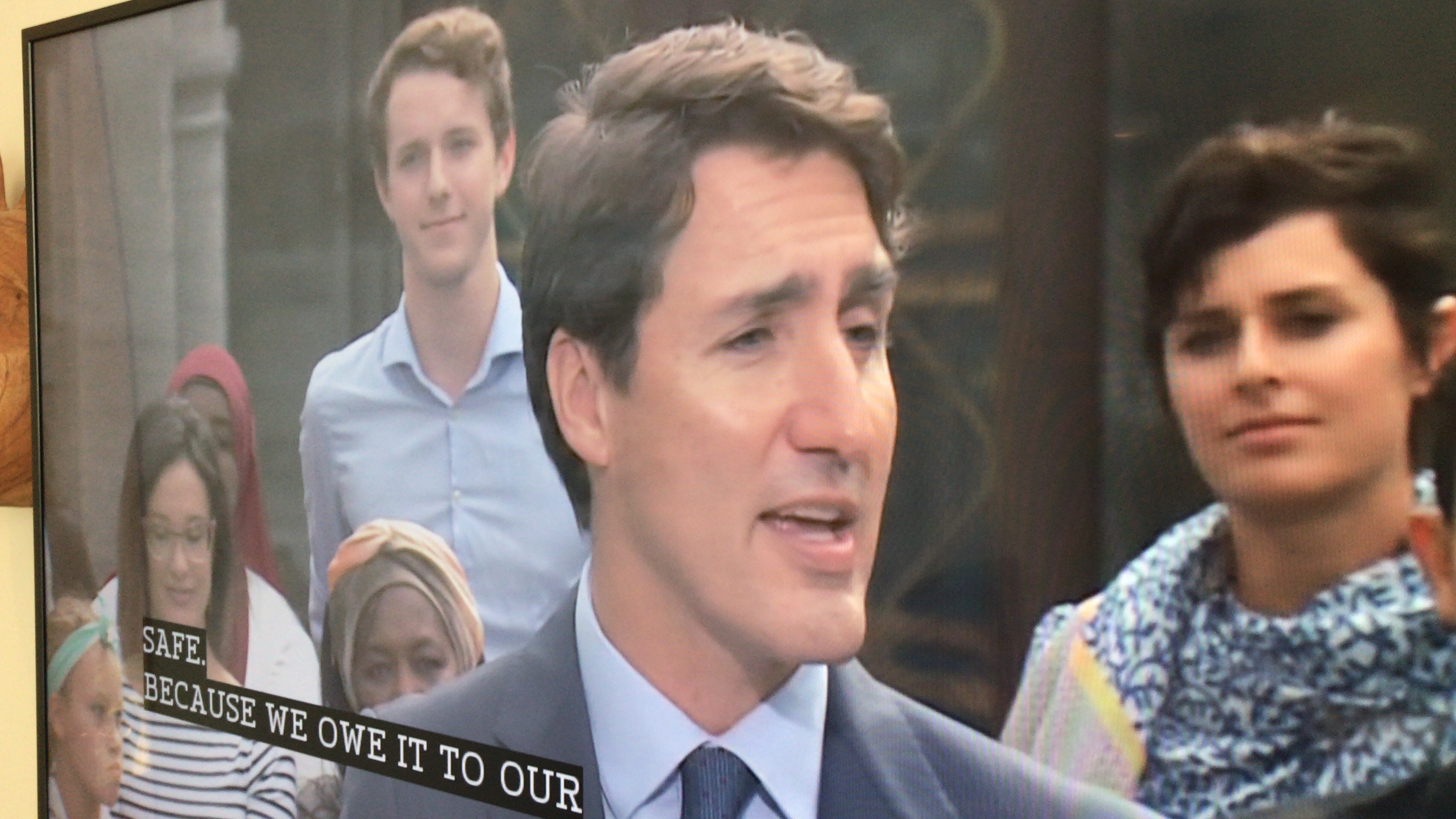 That’s what Justin Trudeau had to say when he launched this, the 43rd federal general election. Zero, zippo, zilch.

Oh, sure, he said some stuff. He stood there in front of Rideau Hall, a focus-grouped gaggle of ethnically-diverse Canadians behind him, and he sprayed the usual Trudeau-esque word salad all over the unimpressed ink-stained wretches.

“I’m for moving forward for everyone,” he squeaked, oozing boyish charm. “We’ve all got a choice to make: keep moving forward and build on the progress we’ve made, or go back to the politics of the Harper years.”

Odd, that. Firstly, last time we checked, Stephen Harper isn’t running in this election. And, secondly, if the Liberals’ oxymoronic brain trust think Stephen Harper’s name still evokes fear and loathing from coast to coast to coast, they’re on drugs.

Smart Conservatives say that Harper ain’t reviled like he was four years ago. Not even close. Keep talking about Harper, Grits.

But that isn’t what was so bizarre about Justin Trudeau’s campaign launch. What was bizarre was this: nothing.

Meaning, that’s what he said: nothing. Apart from the jab at a guy who isn’t running, Justin Trudeau didn’t put the minutest amount of effort into defining the so-called ballot question. He didn’t say why he wants to keep being Prime Minister.

Years ago, Ted Kennedy blew his shot at the presidency when he couldn’t answer that eminently-reasonable question, posed to him by CBS’ Roger Mudd. Conversely, on Wednesday, all the other major party leaders said why they wanted the top job.

Invoking her inner Trekkie, the Greens’ Elizabeth May called us Earthlings, and said it’s all about climate change. The NDP’s Jagmeet Singh said the vote is about the little guy and gal, and he’s all for the little people.

Andrew Scheer cheerfully reminded everyone to read up on how Trudeau is stonewalling a police probe of LavScam – and then said the election is about pocketbook stuff, and helping folks get ahead. Which he’ll do.

It’s Politics 101, more basic than never getting photographed while eating something: on Day One, you get your guy or gal to bound up to a microphone and say what the election is all about, and why you are the best guy or gal for the job. And then you charge off to your campaign plane or bus, and head out to the hinterland.

(Unless you’re May and Singh, that is, in which case you will be campaigning on bicycles, or using a brisk walk.)

Justin Trudeau didn’t do that. He did what Teddy Kennedy did: he said nothing, basically.

In fairness to the Liberal leader, there’s not much he can say. After mishandling relations with India, China and the US – to wit, where’s the new NAFTA, Justy? – foreign affairs ain’t anything to brag about. Likewise, domestic affairs: Trudeau has helped to elect seven, count ‘em, seven conservative Premiers across Canada.

Same with ethics: he’s the first Prime Minister in history to be found guilty of violating two federal statutes (over LavScam and the Aga Khan) while still in office.

Fiscal probity? It is to laugh: he giddily broke his solemn promise to balance the budget. Ditto electoral reform. Feminism? Um: Gropegate, elbowed a female MP in the chest, exiled two women who (a) are way smarter than him and who (b) wouldn’t do what he told them to.

And so on, and so on. Justin Trudeau has nothing to say, and nothing he said. So he stepped out into the Ottawa sunshine, that cloying grin playing on the face that isn’t as youthful as it used to be, and said what he’s done to improve Canada, and what he’ll do to improve it if re-elected.

Which, as we say, is nothing.