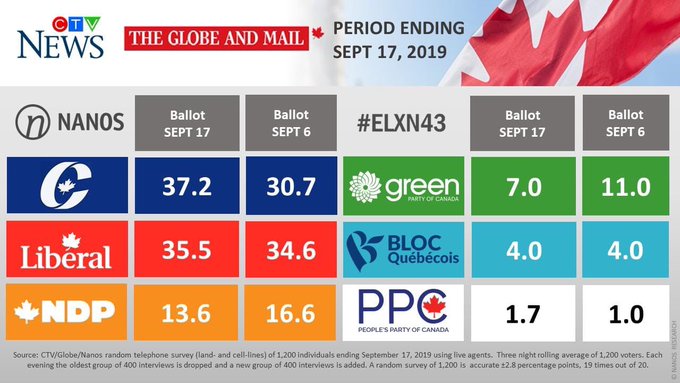 Scheer is running a boring, bland, basic campaign – and it seems to be working

I think there a few factors at work here:

Interesting. Suggests what I’ve heard is true: Ontario is edging away from @JustinTrudeau, and @AndrewScheer – with his relentless pocketbook focus – is the main beneficiary. #elxn43 #cdnpoli pic.twitter.com/fenJetsRAZ

Get ready for Team Trudeau to go neg, big time.