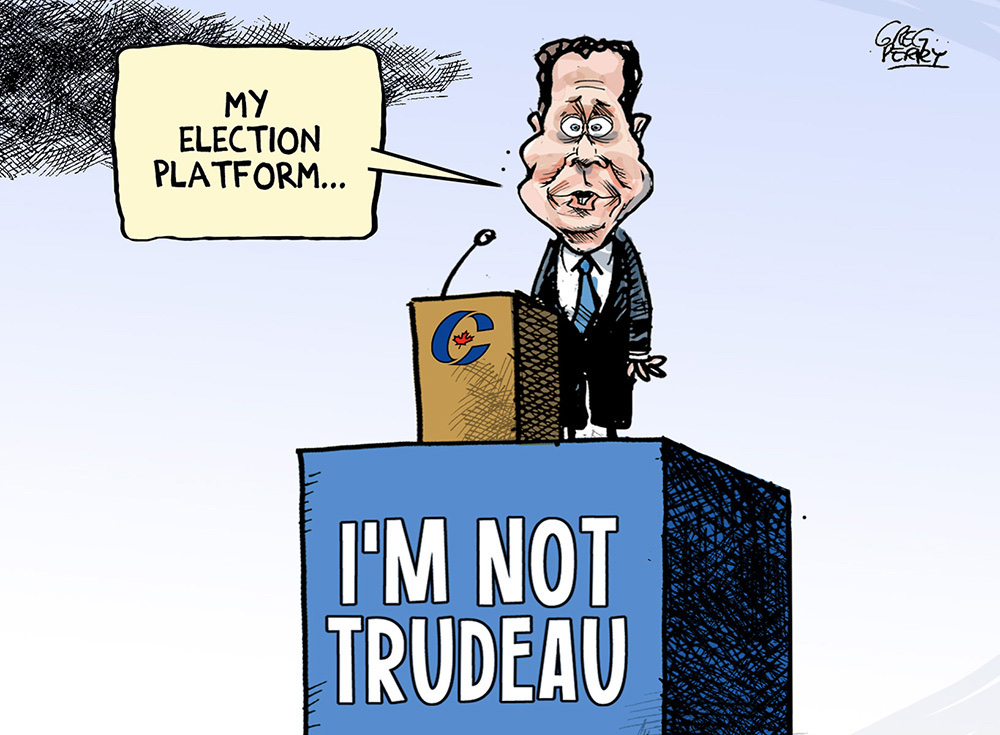 2. He allowed himself to be defined (see above) before he defined himself.

3. He was running against a celebrity, not a politician – and he forgot that people are a lot more forgiving of celebrities than politicians.

4. His platform wasn’t just uninspiring, it was duller than a laundry list.

5. He needed to balance his enthusiasm for pipelines with better ideas on climate change – but he didn’t.

6. He knew the national media favour the Liberals between elections, but he still seemed shocked when they kept favouring the Liberals during the election, too.

8. He had Tim Hudak syndrome – genial and easy-going in person, stiff and awkward on TV.

9. His campaign team were great on analyzing data, but not so great on mobilizing people – the Liberals actually beat them on voter ID and GOTV.

10. His inability to answer predictable questions – on abortion, equal marriage, his citizenship, etc. – screamed “hidden agenda,” even if he didn’t have one.

Those are my reasons. What are yours? Comments are open.