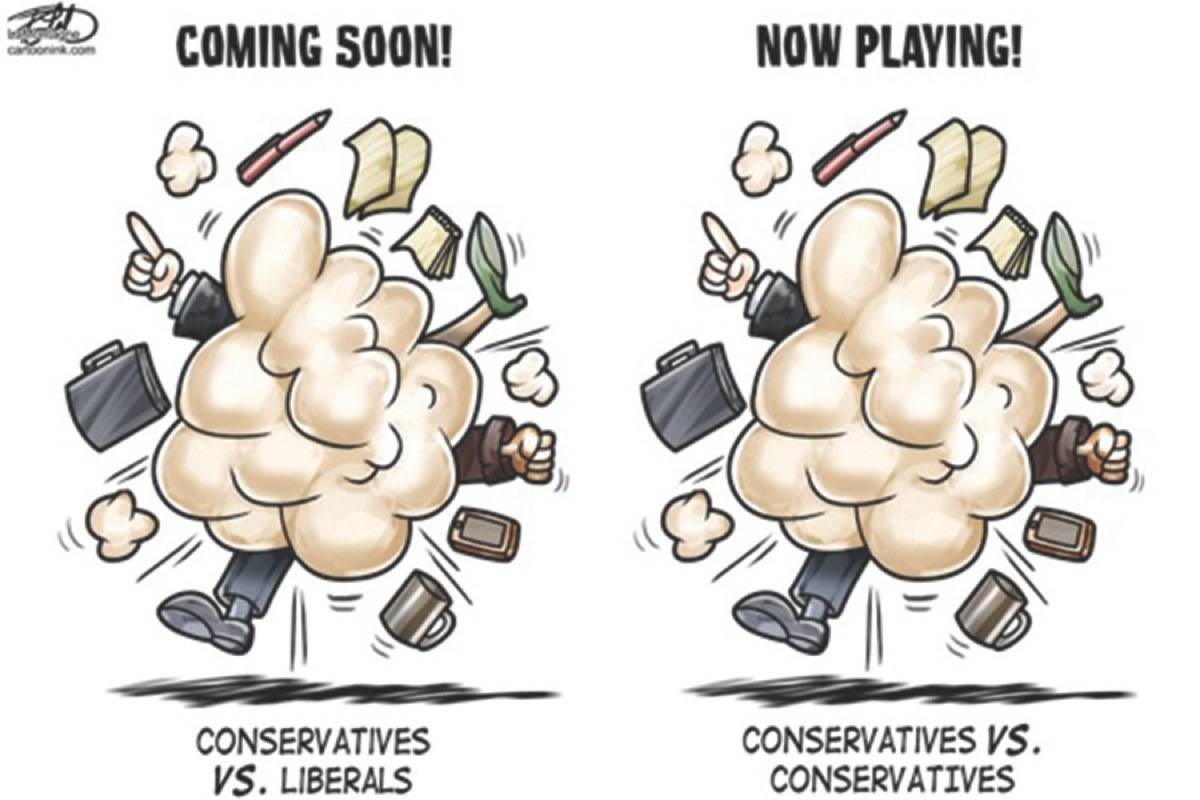 The Conservative caucus met on Parliament Hill yesterday.  Watching them from afar, it recalled a big therapy session.  But without a therapist in charge.

It went for seven hours, reportedly.  That’s a long caucus meeting.  At the end of those seven hours, seven big problems remain.

And, at the end of it, they’re in worse shape than they were at the start of it.