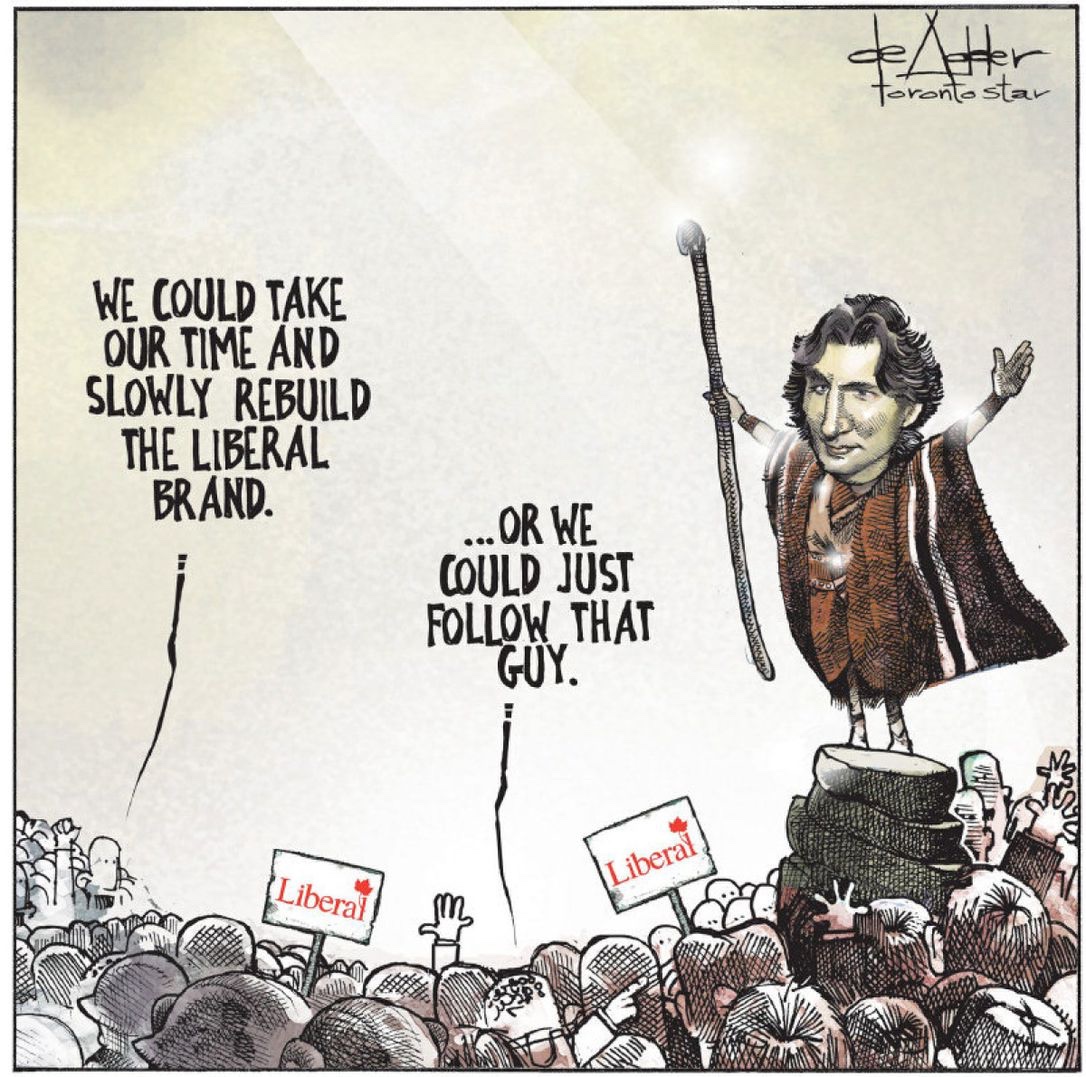 The Liberals had a caucus meeting, too

It happened yesterday. You didn’t hear much about it, because all the drama had happened the day before, with the seven-hour-long Conservative mass-suicide disguised as a caucus meeting.

The Liberal caucus meeting was a happier affair. For one thing, the newbies – and Trudeau has a lot of them in his caucus – are now just two short years away from qualifying for the fabled gold-plated Parliamentary pension. That kind of boodle tends to keep the natives from getting restless.

Ditto re-election. A lot of them didn’t expect to be back. Forget about Aga Khan, Gropegate, LavScam and the Griswolds Go To India – who could ever expect to survive multiple mid-campaign revelations about their leader wearing racist blackface? But they did. They did.

So, the Grit nobodies were happier than the Tory nobodies (that’s what Justin’s Dad used to call MPs, by the way – nobodies).

But all is not well. A sampling of the Liberal Nervous Nellie list:

• The Emperor’s Clothes. He doesn’t really have any. Liberal MPs universally do not trust the judgment of Trudeau or his inner circle like they used to – they’ve simply made too many big, big mistakes. Exhibit One: turning a sure-fire second majority into a minority. There’s no mutiny on the horizon – but nor is this the united, happy group it once was. Many are looking past Trudeau, now.

• Events, dear boy, events. Who said that? Harold MacMillan? I think so. Anyway, the aphorism applies here. The Mounties have indicated that they haven’t closed the book on LavScam. Trudeau himself has said there are more Trudeau scandals/embarrassments as-yet unrevealed. The economy is expected to slump. The Tories may indeed get a leader who knows that God loves gays, lesbians and women who get abortions, too. And so on, and so on. Events happen, events affect political fortunes. Liberal fortunes, too.

• They didn’t win. If the Grit caucus is being honest with themselves – a tall order, we know – they will admit that Andrew Scheer lost. Justin Trudeau didn’t win. They were up against a placeholder Tory leader, one who didn’t inspire, but who has “hidden agenda” stapled onto his DNA. And they were up against a Conservative Party that forgot that data analysis is no substitute for voter ID and GOTV. I wager that won’t happen next time: I think the Tories will have a new leader (because, honestly, they have to get one) and a Senator Doug Finley-style election operation (because that wins elections, not columns of numbers).

But what do I know? I worked for Hillary Clinton in three states, and I was sure we were going to win.

Maybe Andrew Scheer will get another chance and become an actual progressive conservative. Maybe Justin Trudeau will learn from his many documented mistakes. Maybe the economy will be fine and the RCMP will decide that obstruction of justice is no more serious than a broken taillight. Maybe, maybe. Who knows.

All I know is the Liberal gathering didn’t generate as many headlines. And that suggests the Liberals are learning.

And the Conservatives? They aren’t.