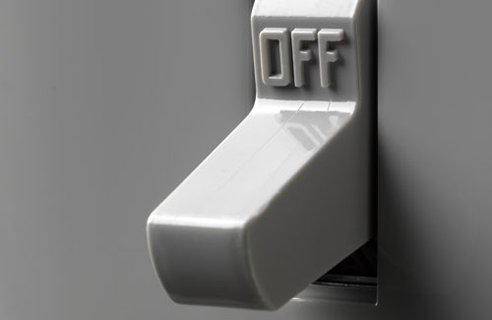 Now, that was the first paragraph.  In the second paragraph, you are perhaps expecting me to write that I sleep better, eat better, and that I am now capable of great insights into the human condition.  That I read a dozen books a day, I commune with spirits, and I am planning a Scottish tour of my punk band in the coming months.

None of that is true.  (Although the part about the punk tour actually is.  More on that at a future date.)

On Twitter, I had – and perhaps still have, I don’t know – about 42,000 followers.  I had maxxed out on Facebook followers, and had three platforms there.  But turning them off was pretty easy.  I don’t miss ’em.

Often, people turn off Twitter because they’ve tweeted something they regret.  Elon Musk is one of those.  One of his tweets cost him $20 million or something.  Here he is tweeting about how he doesn’t think tweeting is a good idea.

Thereafter, the winged monkeys in Bernier’s cabal went crazy, and unleashed a barrage of threats and hate.  It got so bad, my EA had to change her phone number.

That’s all Bernier’s ilk can do, really: spew hate on social media.  They’re keyboard warriors.  They’re not so good at actually winning over Canadians in real life, as it turns out.

And anyone who ever expected something else make me roll my eyes. Every January, for example, journalists are moved to contact the inventors of the Internet – to wit, when ARPANET adopted TCP/IP on January 1, 1983 – and they all express profound sadness, and surprise, that pornographers and Klansmen would embrace a medium that was (a) global (b) immediate (c) unregulated and (d) basically free.

Hear that?  That’s the sound of me rolling my eyes.

Every morning, and every night, I hear from lots of people who say they miss reading me on social media.  They express hope that I’ll come back.  They say they understand, because social media is horrible.

And I’ll sometimes write back and say: I didn’t leave because it was horrible.  It was always horrible.  And I’ve been exposing and opposing racists, anti-Semites, homophobes, Holocaust deniers, misogynists and Islamophobes for more than three decades, so I’ve kind of gotten used to horrible.  I know how to push back at horrible people, too.  I’m not bad at it.

And, just so we’re clear: I’m talking about platforms, not talking.  I’m going to keep doing this web site.  I’m a keynote speaker at a political conference this weekend.  I’m on a political panel at a big conference on Monday.  I’ve got another book, my tenth, coming out next month.  In other words, I plan to keep shouting at passerby – but how?

So, a question.  What do you, regular readers of this nearly-twenty-years-old-website-that-isn’t-a-blog, want me to do?  Come back to those platforms, or no? Yes to Twitter, no to Facebook? The reverse? Instagram Joey pictures and nothing else?

I read every comment y’all make.  Every one.  Most I approve, the defamatory and stupid ones I don’t.  There are rules, you know.

So, tell me what you think.  I may put up a poll to solicit views, but those Internet polls are total crap, as you know.  They’re wildly wrong, 20 times out of 20.

Not sure he’ll listen, but maybe it’ll save him a few million bucks.