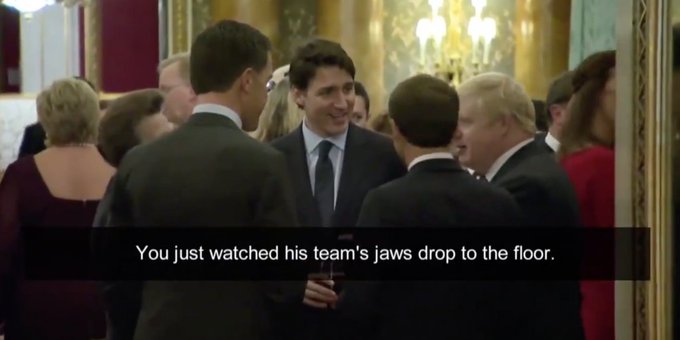 That’s the main story over on Fox News, which is basically a Rorschach Pattern of Donald Trump’s brain.

Trudeau’s remarks – and that of Macron and Johnson – are completely defensible, but that doesn’t matter.  And, why the Brits (a) had a pool camera pointed at the leaders (b) no one told the leaders (c) no staffers bothered to ask…well, those things will be debated for many days to come, I suspect.

What won’t be debated is that Trump now has an excuse to treat Canada like a chew toy for the foreseeable future.  Again.  Adios, NAFTA et al.

UPDATE: Aaaaaand we’re off to the races!