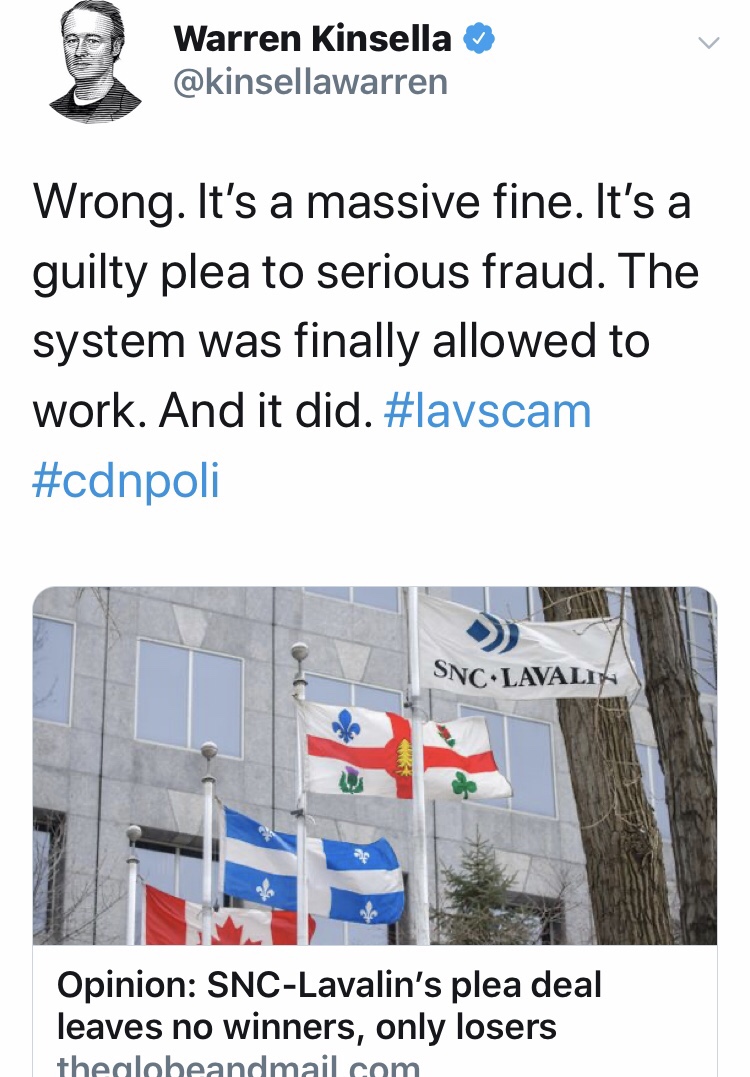 This is a massive fine. This is a guilty plea to a serious crime.

They’d still have a majority.

All of that could have been avoided – if they had resisted the temptation to obstruct justice. To interfere with prosecutorial independence.

Our system works. The Rule of Law is the best and only way.

This is vindication for Jody. This is a serious sentence for the company. And it is a valuable lesson for Trudeau et al.

Will they learn it? Who knows.

But I do know this: those 6,000 jobs Trudeau said over and over would be lost?

Not one will be.

And, tonight, SNC’s stock is way up.