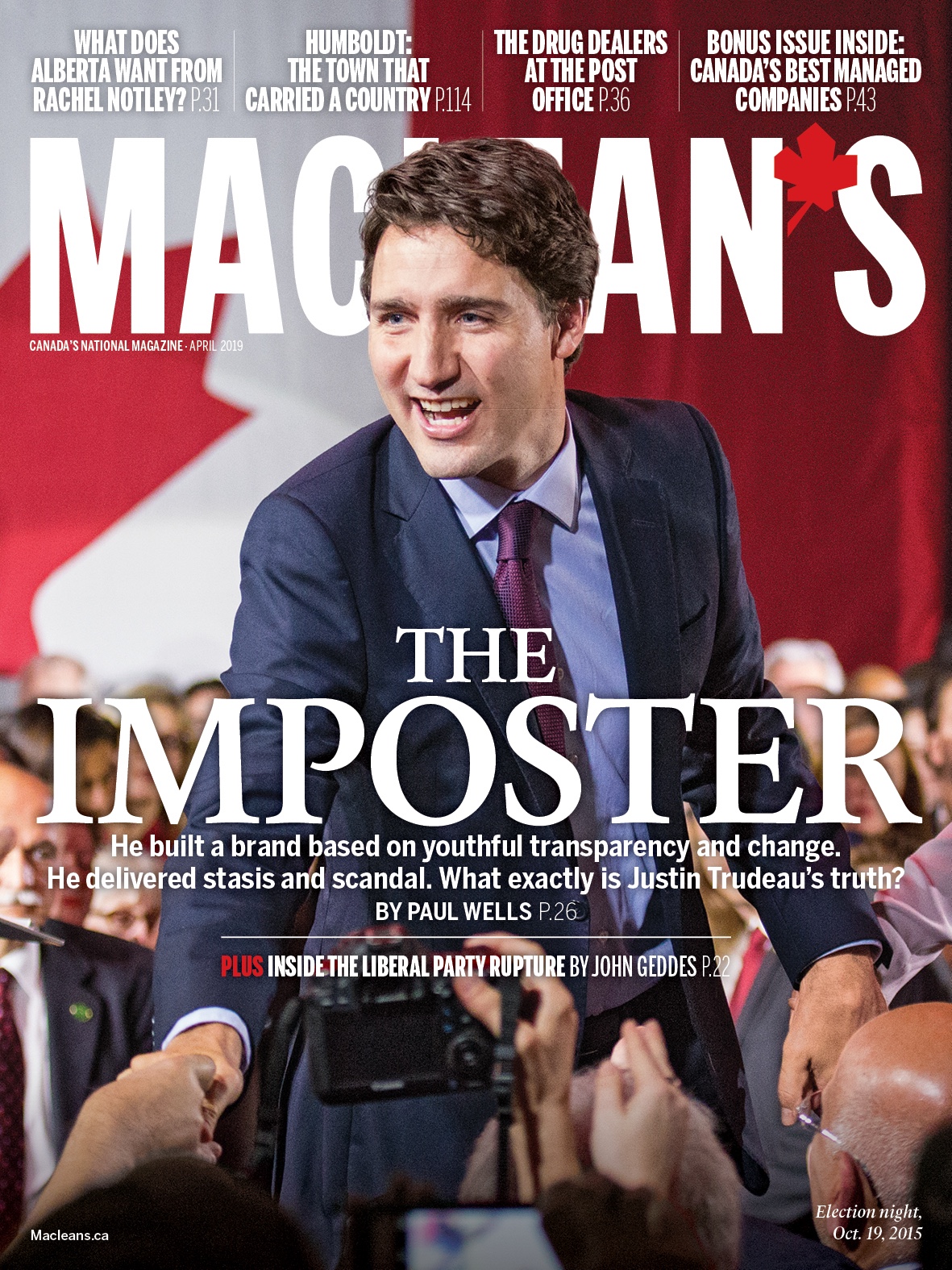 Because of LavScam.  Because of the Aga Khan, and unbalanced budgets, and no electoral reform, and serial scandals.  Because of things he did personally, too: Aga Khan, LavScam, and Gropegate, and elbowing a female MP, and blackface, and the unrelenting solipsism and conceits.

All that.  But it has been the arrogance of Trudeau and his cabal, too.  Konrad Yakabuski writes up an indictment about that, here.  Highlights below.

One of the great ironies of Prime Minister Justin Trudeau’s government is that it has proved so ineffective in the one area where it so emphatically promised to outdo its predecessors.

It was always presumptuous on the part of Mr. Trudeau and his former principal secretary, Gerald Butts, to suggest they would run a more effective government than any of those that came before them. But by dropping the ball so spectacularly on so many key files, Mr. Trudeau’s Prime Minister’s Office set itself up for the failure that has now befallen it.

…The Trudeau PMO has never seemed clear on its own priorities. So how could it expect the senior bureaucracy to be clear on them? At both the micro-policy level (electoral reform, balancing the budget by 2019) and macro-policy level (reconciliation with Indigenous peoples, supporting economic growth while fighting climate change), the Trudeau government has continually sent mixed signals to the bureaucracy about how seriously it takes its own promises.

When it has sprung into action, the Trudeau PMO has typically made a mess of it. The SNC-Lavalin affair, which started out with a straightforward move to bring Canadian law on deferred prosecution agreements in line with that of other developed countries, nearly destroyed Mr. Trudeau’s government all because the PMO failed to abide by its own deliverology credo.

It is perhaps no coincidence that the Trudeau government’s most notable successes – the implementation of the Canada Child Benefit and medical aid in dying, and the negotiation of new health-care funding agreements with the provinces – were overseen by low-key ministers who kept their eyes on the ball rather than their Twitter feeds. Social Development Minister Jean- Yves Duclos and Jane Philpott, Mr. Trudeau’s first health minister, were focused on results, not retweets.

Overall, however, execution has proved to be the Achilles heel of this government. It has proved inept at buying fighter planes or fixing the Phoenix pay system. It promised a bigger role for Canada in global affairs but has earned a reputation abroad for being fickle and stingy. The Canada Infrastructure Bank extends its record for overpromising and underdelivering.

Indeed, the scariest words in Canadian English may have become: “I’m from the Trudeau government, and I’m here to help.”