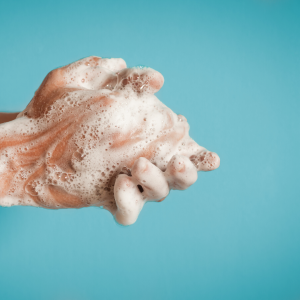 My latest: washing your hands is smart politics

In the Spring of 2003, the coronavirus variant called SARS was raging, killing many Canadians, making them sick. So Ontario’s health minister, Tony Clement, held a press conference.

Standing in front of the assembled media, this is all he did: he washed his hands.

Washing your hands thoroughly, Clement said, was one of the best ways to keep the virus from circulating.

That’s it. A press conference about washing your hands.

Some of us Ontario Liberals, preparing for an election that was just a few months away, snickered. A press conference to show people how to wash their hands? Seriously?

The next day, we weren’t laughing so much. Our campaign manager – a pollster – told us that the Progressive Conservative government’s numbers, which had been lagging for months, surged after Clement’s press conference.

The Tories became more popular, he said. A lot more popular. Because of a press conference about washing one’s hands.

Voters really liked what Tony Clement did in his press conference, the pollster said. They didn’t think a cabinet minister washing his hands was in any way funny.

“They think it’s what government should be doing in a situation like this,” he said.

Seventeen years later, the question is relevant once again. What is the proper role of government as coronavirus’ variant, CORVID-19, sickens and kills thousands around the globe? What should government, and our leaders, do?

Donald Trump, the titular president of the United States, says the virus will be gone when it gets warmer. His designated fake news spokesperson, Kelly-Anne Conway, says that the sickness has been contained. His vice-president says that a vaccine is imminent.

It’s all lies, however. Coronavirus will not dissipate simply because Winter is turning to Spring. Nor is a vaccine at hand – most experts agree it is more than a year away. And nor has the virus been confined. It is, instead, spreading everywhere: across the United States, people are dying, and states are declaring themselves to be states of emergency.

In Canada, it is slightly different. To his credit, Justin Trudeau has not personally made any dubious or reckless claims. Instead, he has left those to his ministers. His Minister of Health, for example, initially said the coronavirus was not something to worry about. That’s what she said.

“The risk to Canadians is low,” Patty Hajdu said at the end of January. “We’re working with provinces and territories to ensure we’re prepared.”

The risk, however, is clearly not “low.” It is significant, experts say. Coronavirus is like the flu, say the experts, except on steroids. It is far more deadly than the flu, too, and the flu kills about 4,000 Canadians every year. Do the math.

In any event, that’s what Patty Hajdu said. A few days later, she said something entirely different.

So, people started to do just that. At Costcos and Walmarts, from sea to sea to sea, some frightened Canadians dutifully emptied shelves of toilet paper and disinfectant wipes and food. They heard what Patty Hajdu said, and they took her advice.

Appalling and foolhardy: the bookends to Patty Hajdu’s communications strategy – which is, distilled down to its base elements, “don’t worry at all but worry a lot” – are simply that. The Canadian government’s approach isn’t as bad, perhaps, as America’s. But it’s close.

Here’s the thing: none of us are experts, except the experts. With people dying, with people getting really sick, it is critical that governments and politicians heed the experts. It is important that they carefully weigh what they say and do. It is imperative that they don’t needlessly alarm people, or recklessly dismiss the risks.

Want to help out, Messrs. Trump and Trudeau? Hold a press conference about how to wash our hands properly.

That, at least, you can do, right?