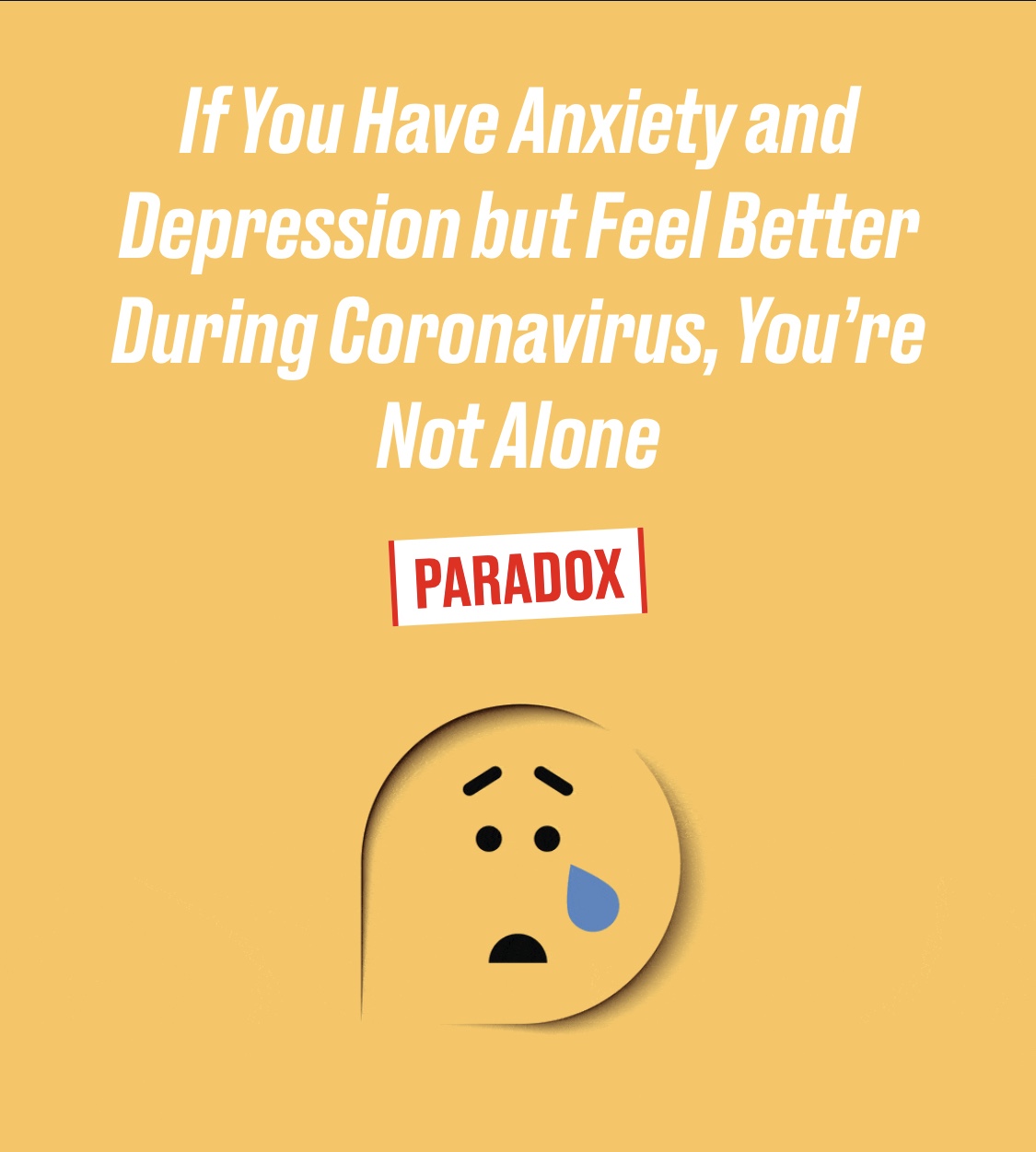 Depression, anxiety and the pandemic

The past year was a pretty bad one.

Depression, anxiety, grief, all of that. Wrote about it for Bell Let’s Talk day, here. Have been pretty open about it, too – which is harder for guys to do. (And it’s particularly hard for guys in politics, like me, who aren’t supposed to have feelings and all that bullshit.)

Anyway. I made changes, big ones. I discovered who were the real friends, and who weren’t. I met lots of amazing, beautiful, smart women, and none of them were liars.

I got stronger. I got better.

This essay, which I found on The Daily Beast, said some things that I, too, had been feeling since the pandemic began. Namely: I feel okay. As in, totally okay. Totally prepared.

People have noticed. They’ve reached out to me to talk about their anxieties and fears, and I’ve tried to help them. I have felt enormous gratitude and responsibility that I have been able to do so, too.

This essay is about that, written by a woman who is experiencing the same thing. When the whole world is depressed, it turns out, your own depression doesn’t seem like that big a deal anymore. And, you’ve been given some tools to help others through it.

As COVID-19, the disease caused by the new coronavirus, has spread around the globe, many people have found themselves struggling to cope, regardless of their mental health histories. And to be clear, many if not most depression and anxiety patients have seen their symptoms worsen. But a fraction have, paradoxically, actually felt their symptoms alleviate. Like Weinstein, I am one of those people.

It’s not that I’m unaware of the terrible toll the global pandemic is exacting. I’ve cried about it late at night, like I imagine most have. I’ve worried for my grandmother, and boiled with rage as various wealthy blowhards suggested that the best thing she and other elderly people could do for this country is to die. I’m furious at the gross incompetence and indifference to human life within our country’s leadership. I check the news often—too often—staring at my phone in disbelief every night into the early hours of the morning.

And yet, when I wake up, I don’t feel as sluggish as I normally do. I find it easier to get out of bed. The intrusive thoughts that normally buzz around my brain like flies on a feeding frenzy have disappeared. My family is healthy, I tell myself. I am healthy. We are all doing what we can. And for whatever reason, that has been enough. My mood has stabilized after years of oscillating between paralyzing anxiety and debilitating, at times suicidal, depression. Despite everything, I realize, I am OK. More OK than I have been in years.

That’s a strange thing to admit. But evidently I’m not alone.