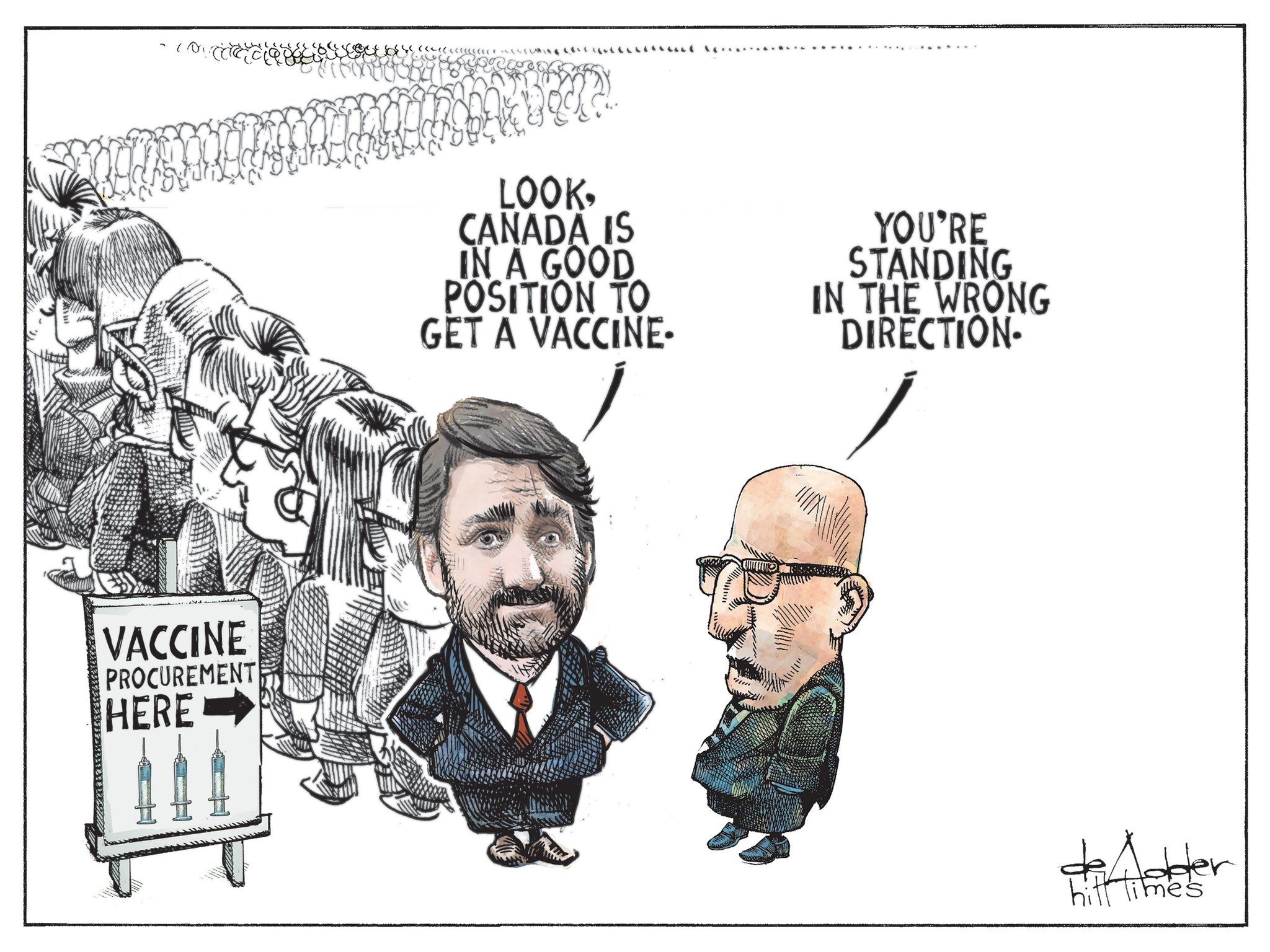 My latest in the Sun: the pandemic “process”

That’s what the Deputy Prime Minister calls you getting the vaccine that will keep you from getting sick, or maybe even dying.

Chrystia Freeland, who is usually much more precise with words than her boss, actually said that this week.  Here’s what she also said to a gaggle of Ottawa reporters: Canada is “well-positioned” on vaccines. And: Canadians needing the potentially life-saving Covid-19 inoculation will need to wait “a while.”

A process.  A while.  What, exactly, is a well-positioned process that takes a while, Deputy Prime Minister?

And it is indeed a good thing.  Pfizer and Moderna have developed vaccines that have been shown to be more than 90 per cent effective with every age group. That’s good news for humanity, generally, and Canadians, in particular.

But here’s the problem: Americans and Britons and Mexicans and Germans – and many, many other allies – are starting massive and integrated campaigns to vaccinate their citizens soon.  As in, this month.

Canada? Well, it’s a process.  In a while.  We’re well-positioned, though.

The Prime Minister was pressed on this last week.  He said: “If all goes according to plan, we should be able to have a majority of Canadians vaccinated by next September.”  September. Quote unquote.

You don’t need a degree in geo-politics, or epidemiology, to get the difference.  Elsewhere in the world, millions of people are going to be lining up to be vaccinated in December 2020.

In Canada? Months later, in September 2021.  “If all goes according to plan.”

That ten-month difference is big.  Really big. It’s the stuff of electoral defeats, and Trudeau knows it.  So he has sent out Liberal proxies and fart-catchers to blame Stephen Harper and/or Jean Chretien.  Free trade is to blame, claim the straight-faced Trudeau folks, because we lost our drug-manufacturing capacity to evil free trade deals.

Well, no.  Check with the aforementioned Chrystia Freeland.  She spent many, many hours crafting a new free trade deal with the U.S. and Mexico.  Check with the many, many pharmaceutical firms in the province of Quebec who have been manufacturing drugs here for decades.  Ask them.

Besides, it’s baloney.  Canada had a deal with China’s CanSino to develop a vaccine.  Sources tell this writer that if the Trudeau regime had been a bit more savvy in its dealings with the Chinese, that deal could have been maintained.

But it fell apart.  The Canadian deal with was struck in March, when the pandemic was raging.  Trudeau endorsed the deal in May – but in the very same month, the Chinese abruptly changed their vaccine export rules.  They barred export of the CanSino vaccine. Given the fact that China has illegally imprisoned – and allegedly tortured – two Canadian citizens, Trudeau shouldn’t have been surprised by that.  At all.

But Trudeau didn’t start looking for another deal, media have reported, until August.

And that, mostly, is why Justin Trudeau now has that deer-in-the-headlights look.  He knows that a ten-month wait will enrage Canadians, and almost certainly spell the end of his minority government.

It’s not “a process,” Prime Minister.  It’s not something that should take “a while.”

It’s the most important thing of all: a vaccine to free us – our economies, our children, our lives – from the shackles of the coronavirus.

[Warren Kinsella was Chief of Staff to a former federal Liberal Minister of Health.]