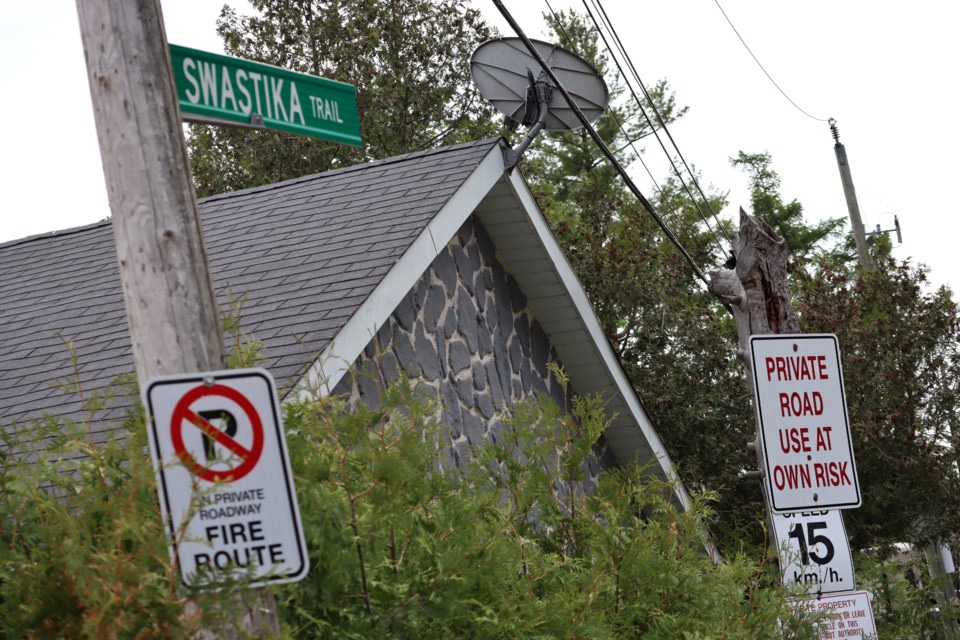 Would you name a street after a Nazi symbol?

Read this story. Sign our petition. We need your help.

Guzar and some of his neighbours approached Warren Kinsella, a former journalist, Toronto lawyer and former Liberal Party strategist who founded the anti-hate group Standing Against Misogyny and Prejudice (STAMP).

Kinsella and his consulting firm The Daisy Group, who agreed to work pro-bono for the cause, said the petition is an effort to move public opinion on the name change, not only in Puslinch, but for the northern Ontario town Swastika as well.

“People power works,” he said in a phone interview with CambridgeToday. “We’re trying to harness that.”

In addition to support at the federal level, Kinsella said they’re working with senator Linda Frum, the Simon Wiesenthal Center and lobbying with representatives at Queen’s Park to add momentum to the cause.

He said he believes the township has a number of tools at its disposal to change the name of the road, most of which aren’t going to “cost them a nickel.”

Expropriation would be a last resort, but even then Kinsella said he’s amazed it’s taken as long as it has to do what’s right.

“To me this is a no-brainer. It’s not ‘woke’ culture, it’s just being awake and being sentient.”

The issue has become of particular concern in recent weeks with the rise of anti-semitism around the world, triggered by the Israeli-Palestinian conflict, he said.

“It’s still there. The beast is still awake.”

At its May 26 council meeting, Puslinch councillors went in-camera to hear information provided by the township’s solicitor on Swastika Trail.

Guzar and Kinsella said they don’t know why the township consulted its lawyer about the road.