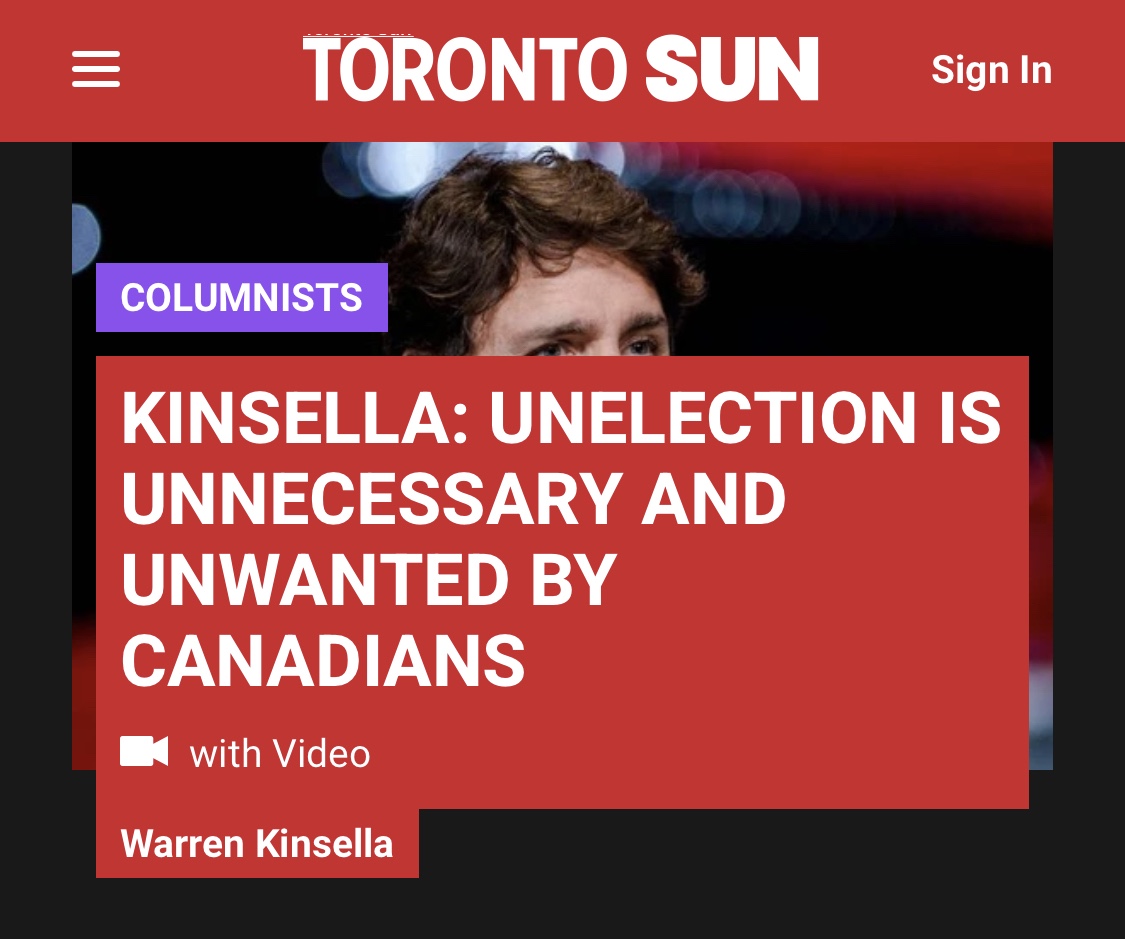 And it’s been imposed on us — commencing this weekend, according to a Reuters report — by a Prime Minister who is unfit.

And the evidence was right there, for all to see. For months — and as this newspaper regularly documented — his vaccine acquisition effort was an unmitigated fiasco.

Because the unElection is about to begin.