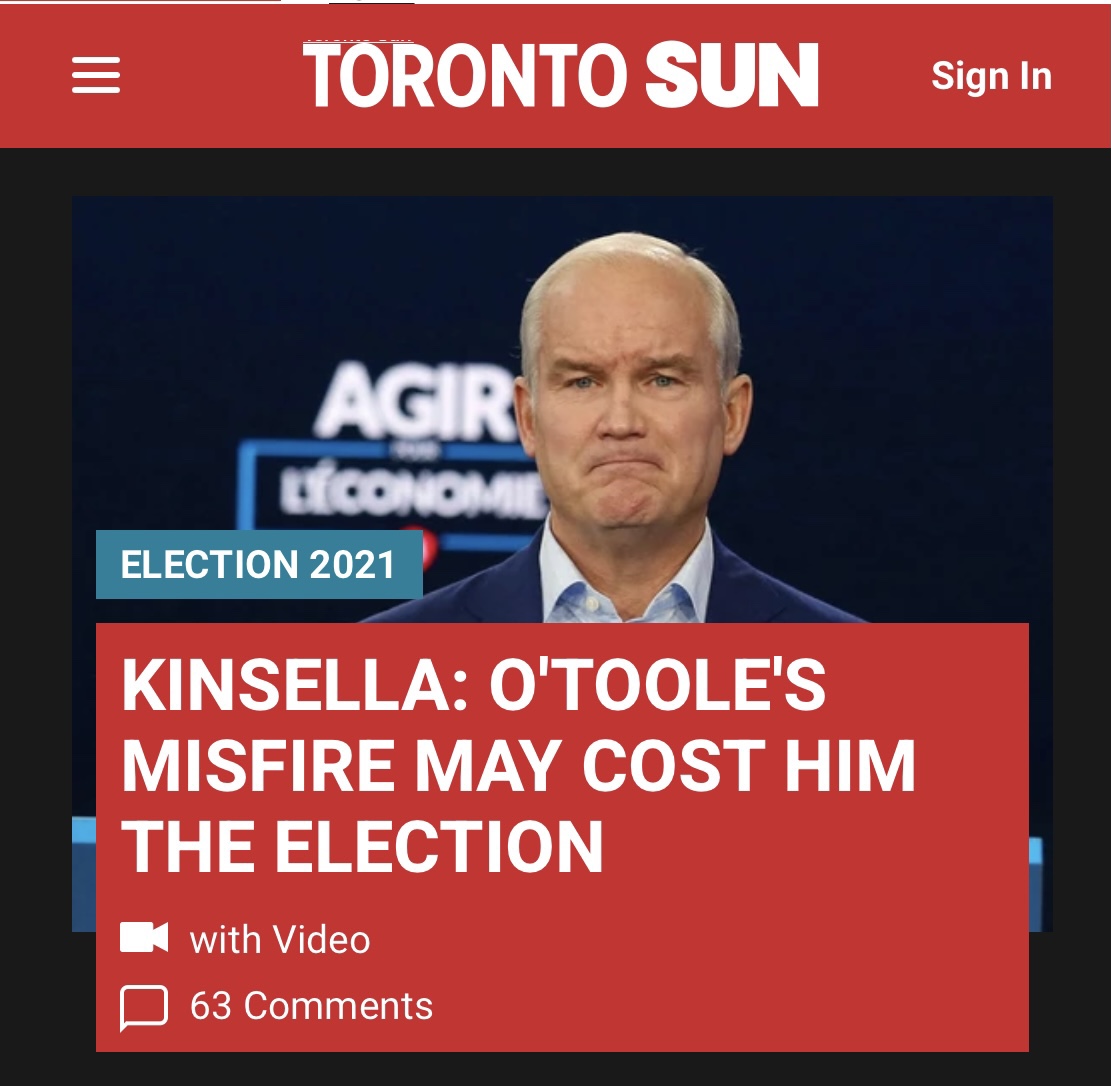 My latest: Tories shoot themselves in the foot. Again.

Let’s get this out of the way because it’s apparently necessary.

Took the course, passed, got a gun.  Now own guns, plural.  I know how to use them. Trigger locks, gun safes, secure and separate storage: know all that, too.

But if I were still running the war room of the federal Liberal Party — and I was, in the ones where we won big majorities in 1993 and 2000 — this gun owner would be sitting in front of computer screen in downtown Ottawa this morning, typing up a script.

We’d be using the script to produce an ad that would run in every urban centre in Canada, over and over, until people could recite it by heart.  It would show footage — some old, some not so old — of bodies being carried away.  Canadian bodies.

Then the narrator’s voice — a woman’s voice — would be heard.  Here’s what she would say, over top of the images of murder victims in Quebec and Nova Scotia.

“This is the Ruger Mini assault rifle.

It was used to murder 14 women in Montréal.

It was used to murder 22 people in Nova Scotia. 36 Canadians.

Justin Trudeau wants to ban it.

Erin O’Toole wants to keep it around.

That’s the ad, more or less.  I’m confident something very much like it is about to show up on every TV screen, and every computer screen, many times between now and voting day.  That’s a fact.

And here’s another fact: I had written a not-bad column for this newspaper saying that I thought Justin Trudeau was done like dinner.  That — over everyone’s expectations, mine included — it looked like Erin O’Toole was going to eke out a win.

Incredibly, improbably, the Conservative campaign had again decided to snatch defeat from the jaws of victory.  I asked my editors to hold the column because I no longer thought it was true.

Here’s the problem, O’Toole folks: you can’t wiggle your way out of this one, as your leader tried to do at the end of the French debate.  You can’t say you misspoke, or say you were misquoted.  You can’t spin it.

It’s right in your damn platform, boys and girls.  It’s right there, in black and white:

How do you walk that back, when it’s right in your party platform?  Take it from a guy who still hears about the “replace the GST” promise in the 1993 Liberal Red Book: big political graves are dug with little shovels.  That’s the political reality.

This, too, is political reality: politics is all about symbols.  Not words, not policies: symbols.  And the Ruger Mini is a symbol — to most Canadians (because only about 5,000 Canadians actually own one), the Ruger Mini is not even a gun anymore.  It’s part of our history.  It’s a serpent, spitting death.

Another reality: the gun nuts will tweet their usual ungrammatical, misspelled crap about gangs and farmers and freedom and whatnot.  But the gun nuts don’t win national political campaigns, do they? They lose them.  They’re really, really good at it.

I’m a gun owner.  I’m a gun owner who believes, deeply, that Justin Trudeau is the worst Prime Minister we’ve had in generations.  I believe he must, must be defeated.

But thanks to a few short words in the Conservative platform, I’m no longer sure he will be.