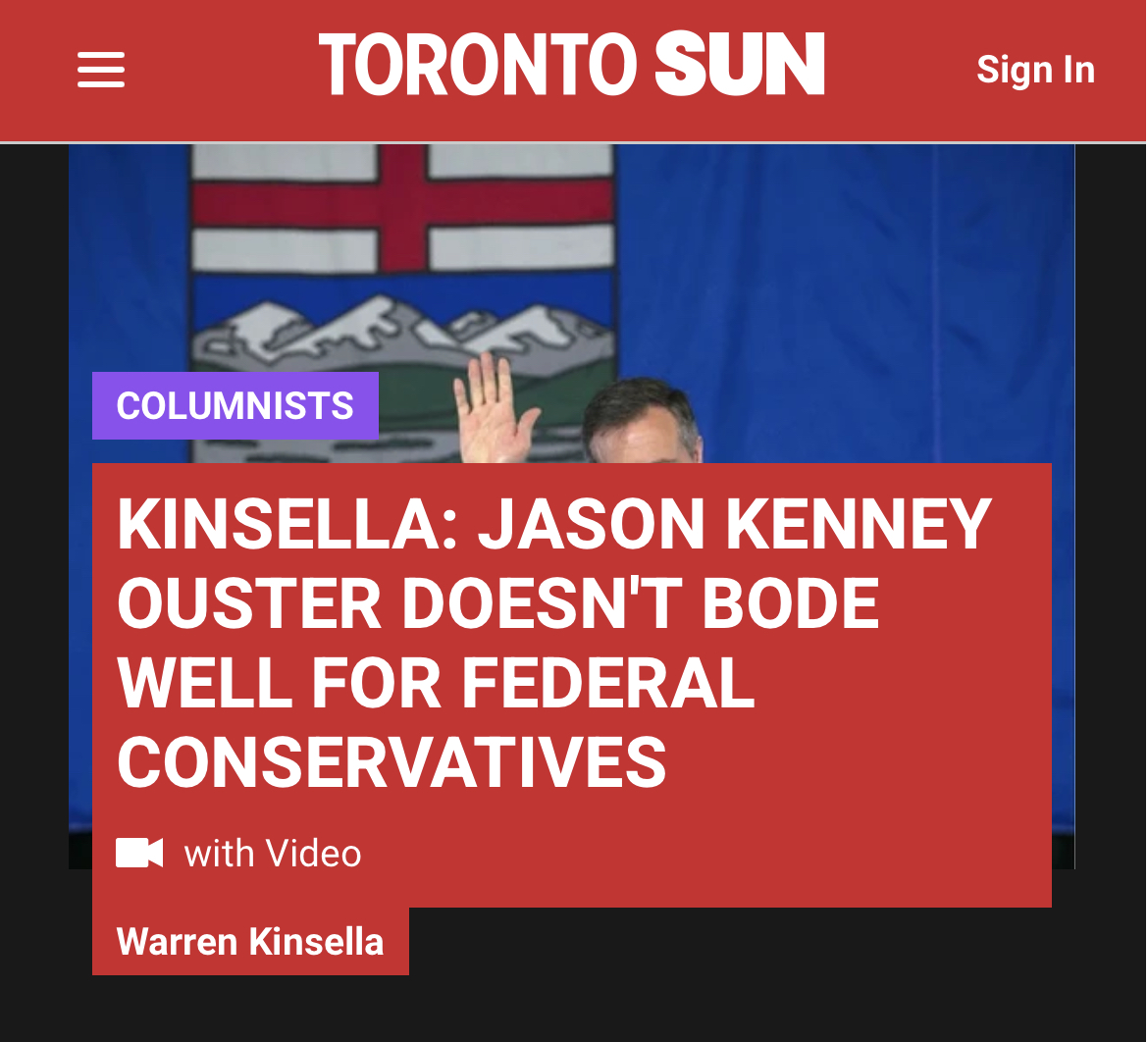 Sorry to get all Jack Kerouac on y’all, but that little line from On The Road kind of fits, doesn’t it? I mean, after Conservatives committed ritual mass political suicide on Wednesday night — in the Conservative heartland, no less — it is fair for the rest of us to wonder: What the hell?

Jason Kenney — he who was Stephen Harper’s right hand, he who delivered the elusive ethnic vote and a majority, he who united the warring factions of the right and defeated the socialists — is gone. It is mindboggling.

As my colleague Brian Lilley put it to a few of us at the Sun: “Jason Kenney not being conservative enough for Alberta? The implications for the federal leadership race are huge.”

And Lilley is indisputably right. Kenney’s conservative credentials were impeccable. Nobody in Western Canada worked harder to advance the interests of Team Blue. And in Ottawa, Kenney was feared and respected — and could always be counted on to be the happy warrior for his side.

As premier, Kenney waged endless war with Liberal Justin Trudeau, or cheered on other Conservative politicians, or travelled tirelessly — just a few days ago to Washington, to advocate for Canadian energy — to push for policies that conservatives favoured.

So what happened? How can Conservatives win, as Lilley noted, if even Kenney isn’t good enough?

As a member of the Alberta diaspora, I was and am dumbfounded by Kenney’s ouster. Kenney possesses a brilliant, agile political mind. He always seemed to be several steps ahead of his opponents.

And now, this, and his career is in ruins. Was it because the UCP malcontents felt he had become, in Preston Manning’s words, “Ottawashed,” and out of touch with his home province?

Was it because he was one of those politicians — like Paul Martin, say, or Al Gore — who needed a stronger, savvier boss in charge? Without Harper around, Kenney never seemed to be entirely what he had been. Or could have been.

Was it because Conservatives in Alberta have utterly lost any discipline? That they lack self-control and common sense?

Or was it because — as Lilley suggests — Kenney, of all people, was seen as insufficiently conservative? Was it because Kenney wasn’t right-wing enough?

If so, conservatives — federally, at least — are doomed. Kenney was a real-deal Tory. If Alberta Conservatives want someone even more to the right, they’ll perhaps get it. But they won’t get the support of most Canadian voters.

But this? Jason Kenney led a majority government, and polls suggested he had a reasonable shot at re-election. To jettison him now doesn’t mean that he wasn’t good enough — it means that a lot of Alberta Conservatives have lost their minds. And their once-sterling commitment to political discipline.

Which leads us back to that first question.

Whither thou goest, Conservatives, in thine dark blue car at night?

From here, it looks like you are heading for the ditch.