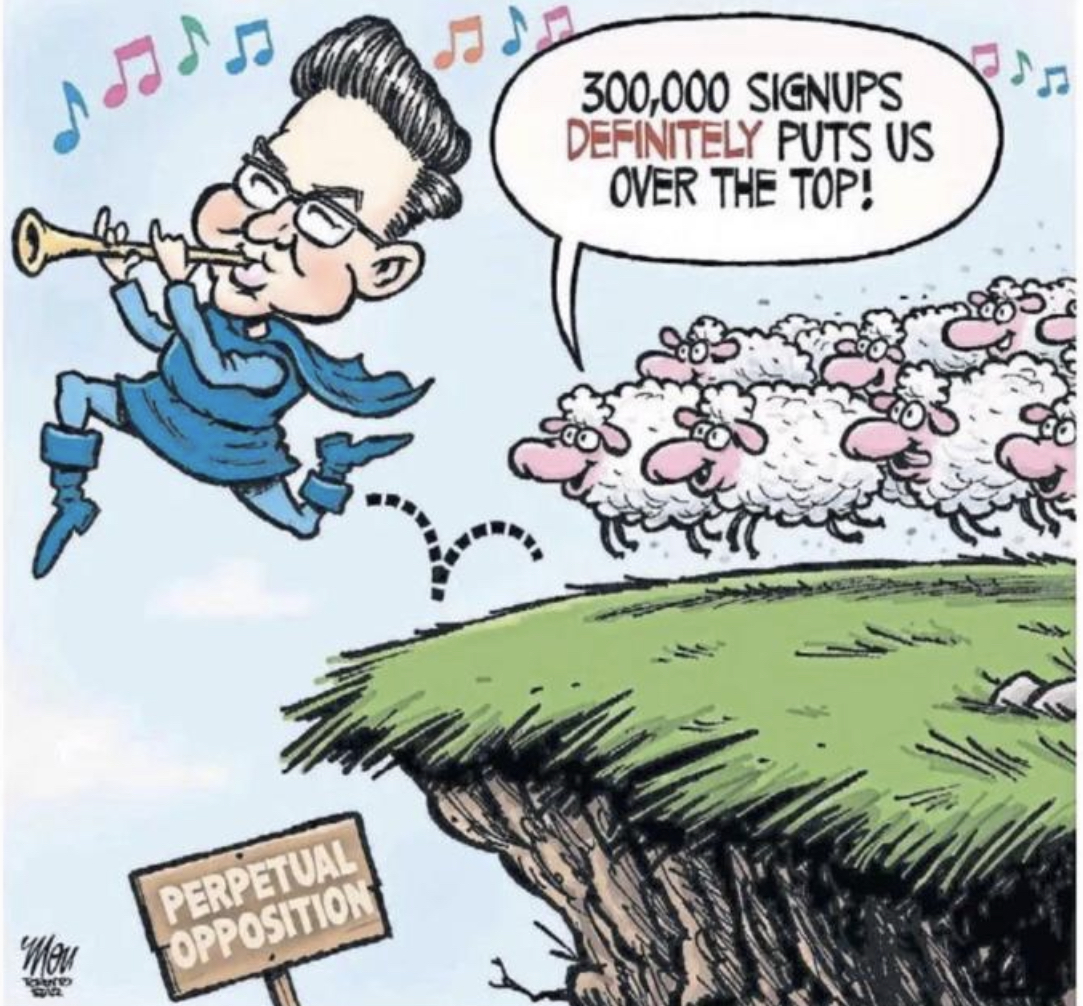 My latest: what if I’m wrong about PPC Pierre?

This space has been somewhat critical of him, you might say. Just a bit.

His peddling of World Economic Forum conspiracy theories. His pimping for Bitcoin, which is in a freefall. His unprecedented libels targeting his Conservative Party leadership opponents. His deranged winged monkey supporters, who are just as bad as the #TruAnon cult.

And, of course, his unholy alliance with anti-vax, anti-science convoy lawbreakers.

All of that rankles. All of that is maddening. Why? Because Justin Trudeau is the worst prime minister in a generation, that’s why. Because, if we are to be rid of the serial arrogance and the casual corruption of the Trudeau regime, only the Conservative Party can defeat him.

The New Democrats can’t, and won’t. They are in an Axis of Weasels (TM), coalition government with Trudeau. If anyone is going to do it, it is the Conservatives.

But the Conservative grassroots seems intent on electing Poilievre as their leader — a leader who, in a general election, seems unelectable. Who is against everything, and for nothing, and will arguably turn voters off in droves. Who is inarguably a bit of a jerk.

But. But, but, but. If I learned one thing in law school, it is always to ask one question: What if I’m wrong?

What if Poilievre can defy conventional wisdom, and win the country? What if his negatives can be transformed into positives?

Let’s look at the top five.

1. The economy. Poilievre has appalled official Ottawa — and bewildered Bay Street — with his attacks on the Bank of Canada, and his promotion of cryptocurrencies like Bitcoin. He’s been ridiculed for both. But what if Poilievre is onto something? What if the Bank of Canada’s rate hikes and fiscal policies push the country into a deep recession? That doesn’t seem impossible, now. If and when that happens, Poilievre will look like a prophet, not a kook.

2. Trump-style politics. This writer worked for Hillary Clinton in three different states in 2016. Along with everyone else on that campaign — along with everybody inside the beltway in Washington — I thought it was impossible that a foul-mouthed, perpetually angry adolescent like Donald Trump could be elected president. Um, no. Poilievre has adopted the same style of comms — always angry, always negative. A lot of us thought that approach would never work for Trump. (Well, it did.) When voters are angry, being an angry candidate is not such a bad idea.

3. Wacky policy. Take my word for it: The Liberal Party War Room has been positively salivating at the prospect of facing off against Poilievre, and forcing him to defend the assorted conspiracy theories with which he has become associated. That’s until Abacus Data, an extremely Liberal-friendly polling firm, came up with some survey results a few days ago that shocked everyone: “Millions believe in conspiracy theories in Canada.” Wrote Abacus: “44% (the equivalent of 13 million adults) believe ‘big events like wars, recessions and the outcomes of elections are controlled by small groups of people working in secret against us’…” And: “37% (or 11 million) think ‘there is a group of people in this country who are trying to replace native-born Canadians with immigrants who agree with their political views’…” That’s ugly stuff, and it’s crazy. But it would appear Poilievre — as cynical as it is — may know exactly what he’s doing.

4. A divided house. Patrick Brown, who has run an impressive and underestimated campaign, has said that he would not serve in a Poilievre-led caucus. Jean Charest is highly likely to do likewise. Poilievre’s my-way-or-the-doorway approach is unusual (and always self-defeating) in Canadian politics. But what if Poilievre is right — and Right? What if “Red Toryism” is finally an oxymoron, and a new Conservative Party is needed?

5. Governments defeat themselves. Justin Trudeau beat Stephen Harper in 2015. He beat Andrew Scheer in 2019. He beat Erin O’Toole in 2021. With each election, his share of the popular vote has grown ever-smaller. Trudeau is now more of a liability to the Liberal Party than an asset. And there is no obvious successor waiting in the wings. What if Poilievre simply needs to maintain a pulse, and let the Liberals finally defeat themselves? It’s not a crazy strategy.

There you go: Five reasons why Pierre Poilievre may be on the right track. Five so-called negatives that may in fact be positive.