My latest: suck it up, Opposition whiners, and get to work

The metastasizing WE scandal has many tendrils, like a noxious weed.  It is spreading, inexorably, into the centre of the Trudeau government.

It may kill it.

The fundamentals are well-known.  Justin Trudeau’s immediate family received hundreds of thousands in secret payments – after he became Prime Minister.  Trudeau thereafter handed a billion-dollar contract to WE, and no one else was permitted to compete for it.

WE spied on Canadian journalists and their families.  It hired Republican operatives to attack its enemies.  It spent hundreds of thousands on lobbyists in the US.  And, late last week, its staff were photographed carrying boxes of files out of its Toronto headquarters – to be taken where, we do not know.

Trudeau’s government has dropped precipitously in the polls, even against the leaderless Conservatives.  Its caucus are anonymously communicating their disgust to journalists, and there is talk of leadership change all over Ottawa.

So WE could topple Trudeau’s minority government.  How can the Opposition ensure that it does?  Ten ways.

1. Voters aren’t as motivated by scandal as journalists and politicos are. They’ve heard cries of “scandal” too often. Leaders and policies matter more, to them. But.

2. …but the role of every war room this writer has run is not to win the election. Our role is always to knock the other side off their agenda, so they can’t showcase their leadership and ideas. You can’t score when you are constantly trying to keep pucks out of the net.

3. That’s the political value of #WEscandal to the opposition. It gives them an opportunity to totally dismantle the Liberal Party’s leadership (the Trudeau brand, which is massive in Canadian politics) and the party’s policies (their response to the pandemic, which has been popular.)

4. The WE scandal is lethal to the Trudeau brand not just because it hurts Justin Trudeau. This seamy, sordid affair also touches his wife, his brother and (critically) his mother. This scandal reaches back in time. It muddies the name of PET and the family’s public service. That is a scandal without precedent.

5. The defining political event of our lives is the pandemic, and how governments respond to it. It’s why Trump will lose – and why Trudeau still could. Kickbacks to Trudeaus? A sole-sourced billion-dollar contract for friends? That means they used the pandemic – their key strength! – to line their pockets. That is unforgiveable and therefore politically deadly.

6. The Liberal Party is dropping in the polls because this scandal is damaging personally (to the Trudeaus) and politically (vis-a-vis the pandemic). Those are gaping wounds. The opposition need to keep picking at them until they’re infected. Make those the ballot questions; nothing else.

7. The smarmy, smug, smirking Keilburgers aren’t on the ballot.  The Trudeau brand, and his response to the pandemic: those are. The Opposition parties need to focus only on those. They need to use every means at their disposal to do so, but not with prosecutors who turn people off (Poilievre, et al.). They need to be disciplined –  which is easier said than done in the Twitter era.

8. Political reputations aren’t shredded in a single day. It takes many days to build one up, and many days to take one down. The Tories, NDP and Bloc need to commit to prosecuting this scandal over the long term.  They need to use their best people, and never let up, even when the media claim to be bored. They must be relentless.

9. The fact that the House isn’t really sitting is completely irrelevant. Political and media hacks love Question Period, but voters do not. They see it as what is wrong with the system, not what’s right. The Opposition must be creative: they need to prosecute the scandal in every possible venue, and not just in the cloistered confines of Parliament Hill. They need to make it ubiquitous.

10. In any war room I’ve led, I tell the young people who work for me the same thing, every day: if we force the other side to play defence 24/7, they can’t score and we can. The Opposition parties need to use this time to showcase their own leadership and policies. Because scandals don’t win elections – but they do create opportunity.

Dear political staffers: Ten years is a great run. That’s all you get. You aren’t supposed to be a staffer forever, because you get cynical and tired and miserable. It’s like the Beatles: it was *good* that they broke up after ten years because they were starting to suck. Yours,

When no less than the Washington Post asked him if it had been right to advocate sexually assaulting Caroline Mulroney, in fact, Bate expressed “no regrets,” quote unquote. The rape “contest” was merely “throwing a pie,” Bate said, and “we hit her.”

He’s a pig. A creepy old man, leering at young women, promoting the abuse of women. The rape of women.

A few years ago, Bate actually complained to the Law Society about me – him, Mr. Free Speech.  They told him to piss off.

Michael Bate’s Frank magazine has so far dodged #MeToo – but NB: he runs a misogynist’s sandbox where harassment of women isn’t just tolerated, it actually culminated in a “contest” advocating the rape of Caroline Mulroney. #onpoli #cdnpoli https://t.co/uIxuPOu9GO

“WE” are killing the Trudeau government

Federal numbers from Léger this morning showing the Liberals have now completely fallen from their pandemic bump.

The best attack ads are the ones where the target willingly participates. https://t.co/tKa4dgLVWk

I read obits. They are important.

This one is really important. RIP, David.  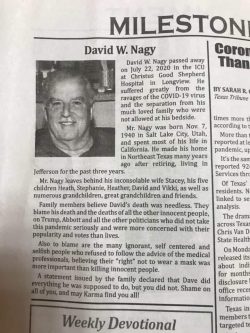 Which social media platform is most evil, in one handy chart 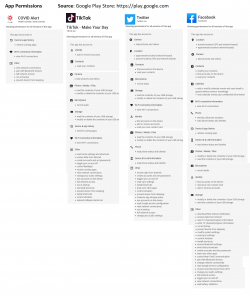