Terrence Trent Darby is playing at the Starbucks on Kingston Road. It is the Eighties again, and a very bad time for fashion, music and humanity. #GreatBeetleCanadaDayAdventure

Fret not, Mayor Tory. Face protection in use. #GreatBeetleCanadaDayAdventure pic.twitter.com/KjX8xwUqh1

Courtice. That’s the name of a food item, not a city, Courtice.#GreatBeetleCanadaAdventure

Interior selfie. Yes, that is my personal Sistine Chapel on the roof of the Bug. #GreatBeetleCanadaAdventure pic.twitter.com/7jMPeqLKYB

Got the best ever Canada Day call on the #GreatBeetleCanadaDayAdventure pic.twitter.com/33nQJNgAcn

Cobourg. Cobourg is spelled without sounding the U, and also with a silent Q. #GreatBeetleCanadaDayAdventure

We made it! The #GreatBeetleCanadaDayAdventure concludes without needless tragedy or arrests! pic.twitter.com/OlLJj49VhE

“It’s going to disappear. One day, it’s like a miracle, it will disappear.” 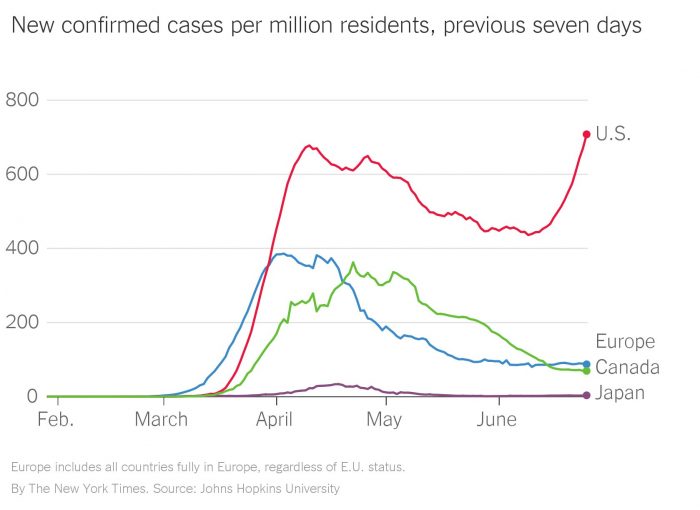 This week’s Sparky: a Trump voter speaks out!

One day, when historians try to determine why coronavirus beat us at the start, statements like this will figure prominently. pic.twitter.com/JdihNUXdmW

WE take care of our friends

Alex Ballingall at the Toronto Star has done outstanding work on this burgeoning scandal. (So much for your media conspiracy theories, conservative trolls. )

@CANADALAND are dicks, but they did good work on the “WE” non-profit which @JustinTrudeau just made very profitable. Along with being a conflict of interest, Ottawa has thousands of world-class public servants who could have done the work. #cdnpoli https://t.co/ZZDftGdb8O

Ottawa’s response was not viral

This is one of the most important reports of the coronavirus pandemic. And it makes clear that Ottawa fumbled, and made things worse.

The Klan in Nova Scotia