Being Walkom, being dumb

“…the Liberals and NDP are running scared. They are so worried about Harper outmanoeuvring them in the public opinion polls that they are giving his fatally-flawed bill a pass. They think that will make us vote for them.”

Forget about all that.  And consider that, on the very same day that Parliamentarians were starting to consider C-51, these things happened:

I, for one, am happy to see that the Liberals and the New Democrats are starting the painful process of extracting their collective heads from their nether regions. I, for one, think the NDP and the LPC should be applauded for starting to consider that, you know, Harper may actually have had a point. Rhetorical bluster aside, (a) jihadist attacks really are becoming more frequent, (b) attacks are not confined any longer to the Middle East, and (c) sending over bags of rice, and nothing else, will never defeat ISIS/ISIL’s genocidal campaign.

Mr. Walkom is doing what columnists always accuse politicians of doing: he is fighting the last war.  He needs to pay attention to the current one.

Place your bets! Comments are open!

My gut, which I have resolved to listen to more often, tells me that the Libs will win – solely and entirely due to the favourable impression folks have of Kathleen Wynne.

What’s your take? Speculate recklessly, without making recourse to facts! The pollsters certainly do, so why can’t you do likewise?

On the day a young Jordanian is burned alive, on the day there are more jihadi arrests in Ottawa…

What decision would #LPC and #NDP make now, if they could do the #ISIS decision all over again? #cdnpoli http://t.co/KUiZtl70iw

That’s what he was known as, back in university days: Rusty. Many of us were at Carleton, and he went to Queen’s, but we all knew each other through student politics. He was the head of the Ontario Young PCs, and I knew a lot of those guys. They basically run the country, now.

If you had suggested he was going to be Canada’s foreign minister one day, we would have told you that you were on crack. The OPCYA didn’t seem very much like a breeding ground for future statesmen, in those days.

But here is, being trumpeted by all and sundry, as he gets ready to take his leave. Did he have ambition? Buckets of it. Did he have unwavering loyalty for his leaders, Harris and Harper? Unquestionably. Did he have political smarts, acquired over three decades in Conservative corridors of power? Indeed he did.

Mostly, however, he was a success because he was always loyal to the top guy, and because he delighted in beating the stuffing out of the opposition. He was good at it.

Stephen Harper is this government. Rusty Baird was an important part of it, bien sur, but in a couple months – just like Lawrence Cannon, David Emerson, Peter Kent, Vic Toews, Chuck Strahl, Marjory LaBreton and so on – he’ll be more or less forgotten. That’s just how it goes, in politics as in life. You’re a winner and then, poof, you’re a memory. So it goes.

Rusty will move to Toronto and make lots of money and sleep in more. But his departure will not bring down this government.

Only Stephen Harper can do that, and he’s not going anywhere. No rust on him.

Neo-Nazis, white supremacists, you name it: I’ve gone face-to-face with most of them. Ernst Zundel, Jim Keegstra, Terry Long, Richard Butler, David Irving, Klan leaders, and on and on. For Web of Hate, and for Unholy Alliances before it, I have met with no shortage of people who are honest-to-goodness fascists.

Stephen Harper isn’t a fascist. Neither are Messrs. Trudeau or Mulcair or anyone else you happen to dislike, actually. Fascism, you see, is the ideology of murder. You will know you are dealing with a real fascist when they want to kill you. For an opinion, or your religion, or the way you look or the way you are.

There. I got that off my chest. It will have no effect on anyone’s behaviour, but it will hopefully explain why I still need to block idiots on Twitter, Facebook and elsewhere.

Dear Internet: Calling someone you disagree with a "fascist" doesn't make them one. Makes you an idiot most of the time, though. Signed, etc

In Tuesday’s Sun: what will the Supremes say about the anti-terror law?

Stephen Harper and his Conservatives are competitive, again, because their approach to the security file is closely aligned with what the electorate want. Polls taken in the past week suggest that up to 70 per cent of Canadians support the international coalition fighting ISIS/ISIL.

Thomas Mulcair and his New Democrats oppose military action, much in the way the NDP have opposed many other past decisions to deploy Canadian troops. It is consistent with their values, and it is arguably popular with their core vote. Mulcair is no fool, however, and he is lately talking a lot about the Conservatives’ poor treatment of veterans, lest he sound too critical of our men and women in uniform.

Justin Trudeau and his Liberals, meanwhile, initially adopted the NDP position – opposing any combat role against ISIS/ISIL. Having seen how unpopular that is with Canadians, Trudeau and his caucus are now fully in quiet retreat. They even started indicating support for the Conservatives’ anti-terrorism bill before it was tabled in Parliament.

What does it all signify? Mostly, nothing. It’s an election year. Our politicians are more preoccupied with the coming electoral battle in Canada than they are with the military battle currently underway in the Middle East.

Political rhetoric is situational: nothing new there. But what of the Supreme Court, who almost certainly will be called upon to determine the constitutionality of the new anti-terror legislative measures? Will they side with the Conservatives, or with civil libertarians?

A scan of some past high court rulings provides us with some hints about which way the Supremes might go.

Last year, the court surprised many when it declared constitutional Canada’s revamped security certificates laws, as well as the government’s reliance on secret evidence to deport foreign-born terrorism suspects. That decision, in the case of alleged al-Qaeda operative Mohamed Harkat, was unanimous – 8-0. The ruling stunned the likes of Amnesty International, the Canadian Council for Refugrees and civil libertarians.

Despite the Harper government’s clear legal victory, Chief Justice Beverly McLachlin cautioned courts to be “vigilant and skeptical with respect to [exaggerated] claims of national security,” because “the integrity of the judicial system” could be placed at risk.

In an earlier security-related case, from 2002, the Supreme Court again unanimously ruled that individuals could indeed be deported if they pose a serious risk to Canadian security. The appellant, an alleged Tamil Tiger terrorist, had argued that the word “terror” was too vague to be used in his case, because terror had many possible definitions.

The high court disagreed, accepting international definitions of terrorism that it is “acts intended to cause death or serious bodily injury to a civilian [and] to intimidate a population…” In that case, the Supreme Court ruled the alleged Tamil Tiger terrorist wasn’t even owed an oral hearing or judicial process.

The biases of Supreme Court justices are not found in legal decisions alone. In 2009, Canada’s Chief Justice gave an under-reported speech to the Ottawa Women’s Canadian Club in which she said this:

“Terrorism demands an ongoing, broad and sustained response that is consistent with our fundamental values and the rule of law,” McLachlin said, before curtly nodding in the direction of civil liberties. She then went on, and was very clear, sounding rather like Stephen Harper in recent weeks.

“Terrorism must be fought. Terrorists seek to achieve their ends by violence. They care nothing for individual liberties or democracy. If we prize our liberties and the history that enshrines them, we cannot let those who seek to destroy these very things prevail.”

Forget what the politicians say about the new anti-terror laws. What matters most is the view of the Supreme Court.

And, based on past evidence, the Supreme Court of Canada is almost certainly going to find those laws constitutional.

Most retweeted tweet I’ve had in a long time

Amusingly, one of my other most-retweeted tweets also related to sports.

Needs to be in every rink. #hockey pic.twitter.com/WQO1P2GgB6

Grit nominations: what is news and what isn’t

To suggest that Justin Trudeau has repeatedly broken his promise to have open nominations – in his very first speech as leader, no less – isn’t in any way news. His promise has been broken so many times – here and here and here, inter alia – it is farcical. I do not know a single Liberal outside Trudeau’s insular inner circle who is prepared to argue otherwise.

Trudeau’s “open nominations” are neither – neither open, nor nominations. They are stealth appointments. But that, as I say, isn’t news.

What’s news is The Huffington Post’s apparent belief that anonymous sources can always be counted upon to testify in the event of a libel action. Check this out, from their story:

“The man cheated. He was caught. And it was a pretty flagrant violation,” a Liberal party official said, insisting on anonymity.”

Back at the beginning of time, when I was a litigator and practiced a bit of libel law, this is what I would ask editors of publications like HuffPo:

There’s a reason why anonymous sources prefer to be anonymous: they want to say critical (and oftentimes defamatory) things with impunity.

HuffPo, you surprise me.  Hope you have a great legal team. 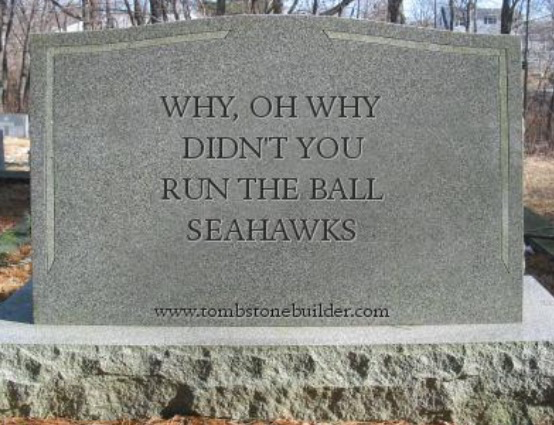 What politicians think about the new antiterrorism law, in an election year, is almost irrelevant. What matters is what SCC thinks. #cdnpoli