Not Cocker (although RIP to him, too). Strummer – our hero, our muse, our shining light. Twelve years today.

In Tuesday’s Sun: not me

Nor any Sun columnist, pretty much.  They’ve given us the week off to run cartoons and whatnot (there’s a joke in there, if you think about it).

The column will resume in the New Year and – after that – who knows.  In the meantime, stay tuned to this bat channel, bringing you the best in politics, punk rock and pugilistic potpourri since 2000!

Thought it appropriate to wear this today 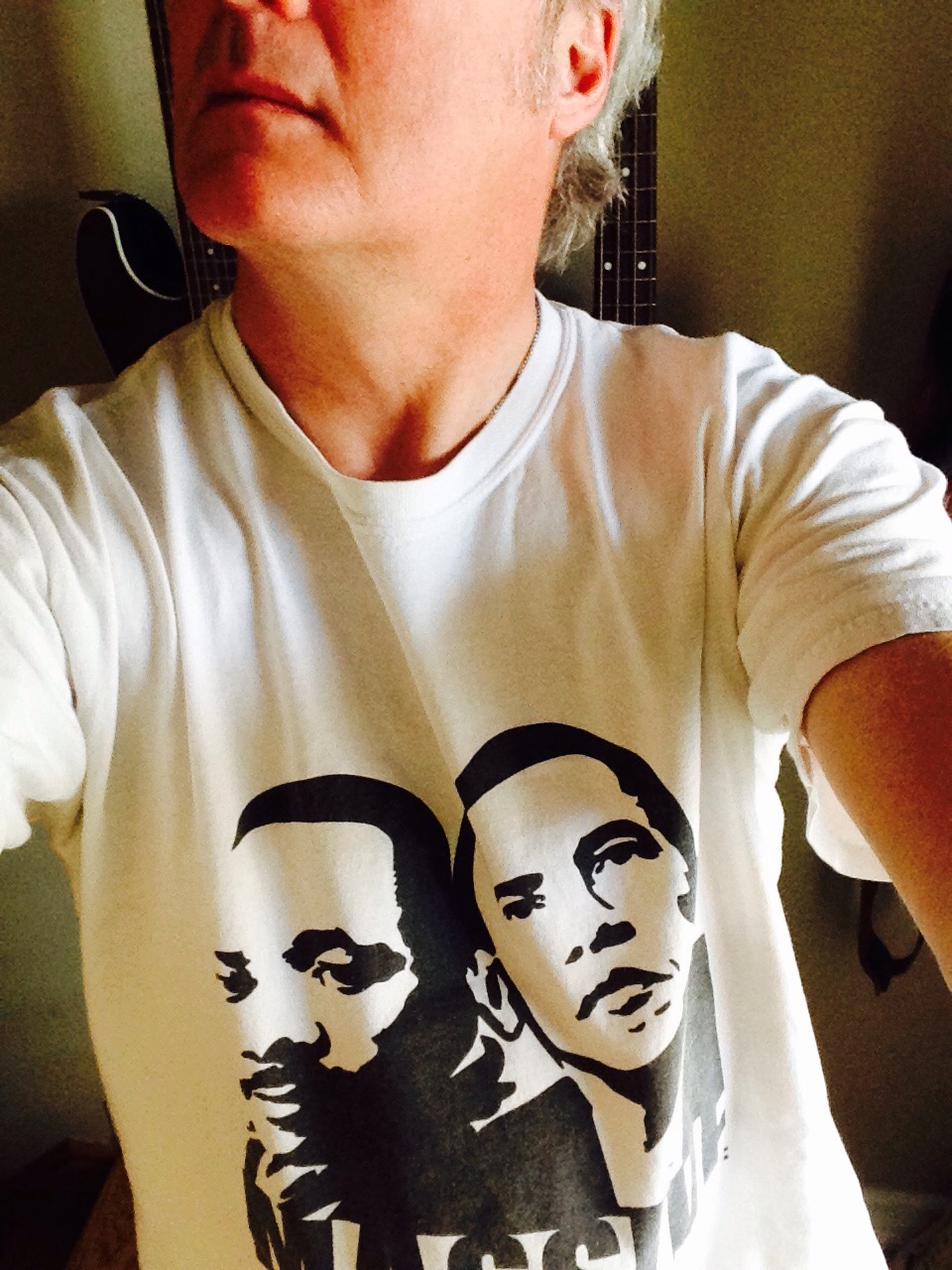 Dear North Korea: Up yours. Signed, Everyone

Best song from the best album of 2014

And I’m very happy that Laura Jane Grace is happy, too. Sometimes things work out, you know?

In Friday’s Sun: the best of times, the worst of times

As 2015 beckons, and 2014 recedes, Sun News Network asked some of us to assemble some thoughts about the year’s best and worst political moments. As we did so, this thought occurred: in 2014, the best and the worst were inextricably linked.

THE WORST MOMENT: On October 22, 2014, terrorist Michael Zehaf-Bibeau shot and killed Corporal Nathan Cirillo at the Canadian War Memorial in Ottawa. Two days before, extremist Martin Couture-Rouleau drove his car into Canadian Armed Forces members in Saint Jean sur Richelieu, killing Warrant Officer Patrice Vincent. The murders of Cirillo and Vincent shocked the nation – and the attack on Parliament Hill left every Parliamentarian shaken. For Canada, that terrible week in October signaled an important change in our politics, and the national mood. Our preoccupation with other issues diminished – and our focus on terrorism, and the just and apposite effort against ISIS, greatly magnified. But out of that grim week came something good, too…

THE BEST MOMENT: Anyone with a passing acquaintance with Question Period comes away disenchanted, or worse. The antics that go on there, on a regular basis, have helped to contribute to too many voters turning away from democracy. But, in the wake of the tragic deaths of Vincent and Cirillo, Parliamentarians – appearing in shock and therefore human – set aside partisan differences and came together. Many of us never thought we would see Messrs. Harper, Mulcair or Trudeau agree on anything. But there they were, embracing one another in the Commons, and appearing – for once – at a loss for words. It showed them in a deeply emotional moment, and it reflected well on them all.

THE BEST DECISION: The decision of Liberal leader Justin Trudeau to eject MPs Scott Andrews and Massimo Pacetti from his caucus in the first week of November could not have been easy. After summarily expelling Liberal Senators from his caucus in January, he did not have many caucus members left to spare. But the allegations of sexual misconduct – coming from victims Trudeau would not identify, about allegations he would not specify – was a singular moment in the young leader’s tenure. There was no political “upside” in making the decision he did – except that it made him look decisive, moral and therefore Prime Ministerial. It was, to date, his finest moment. But out of it came…

THE WORST (IN)DECISION: The inability of Parliamentarians to deal effectively with two cases of alleged sexual harassment – they, the very people who dictate codes of conduct to everyone else – was appalling. It was a disgrace. And, in the wake of Trudeau’s shining moment of clarity, came the muck and grime of accusation and counter-accusation by Opposition MPs. As the affair spiraled ever-downward – and as Andrews and Pacetti remained in a lawless limbo, and their alleged NDP victims were demonized by anonymous sources – Canadians could be forgiven for shaking their collective heads. Only Prime Minister Stephen Harper seemed to emerge unscathed from the sordid mess.

THE COMEBACK: It is hard to point to a single policy decision that accounts for it – but Harper ends the year as many Canadians’ favoured choice for Prime Minister. The polls indeed lie, these days. But many polls, taken together, do not: the Conservatives leader, once a goner, is back in contention.

All of it makes for a year that was simultaneously inspiring and uninspiring. Let’s hope that 2015 – an election year – sees a lot more of the former, and far less of the latter.

We get letters: Merry Christmas!

Eat a dick, I hope you get face herpes you ugly fuck. I have hand guns, and LOVE them. They are the tits. So If you are so against private citizens owning hand guns why don’t you come on over to my farm and try and take them away. I would love to meet you face to face

Akin: on Joe Oliver and his budgeteering

Sun News has asked me and Lala what we think are the best, worst, etc. political moments in 2014. The quickie list below ris my first stab at it.

What’s yours? Comments are open!

BEST MOVE – Parties coming together post-shooting
WORST MOVE – Politicizing sexual harassment on Hill
MOST SURPRISING – Liberal wins in PQ and Ontario
MOST IMPROVED – Harper – he ain’t dead yet
MOST DISAPPOINTING – Trudeau open nominations
NEWSMAKER – Trudeau – nobody makes news like he does, for good or bad