Trudeau and ISIS: the perils of local media

The federal Liberal caucus is in London, this week, planning for the coming Parliamentary session – but also to wave the Grit flag, a bit, and try and recapture the Southwest Ontario strength the party once had under Jean Chretien.

As such, Trudeau has done a lot of local media. And, as is always the case in these kinds of encounters, the local media approach the political leaders in a way that is quite different that the Parliamentary Press Gallery, who see the national leaders all the time.

As a war room guy, I always find these local-reporter-questions-national-leader sessions very valuable – because something often goes wrong. The leaders let their guards down, or they don’t sufficiently prepare, and the local guy delivers a punch that neither the leader nor his/her staff was expecting. The infamous Stephane Dion-CTV Atlantic debacle is an example of what I’m talking about.

Which brings us to Justin Trudeau sitting down yesterday with AM 980’s Andrew Lawton, the full tape of which is found here.

Mostly, I think Trudeau did fine. But it was in this segment about ISIS and military action that things got a bit dicey:

LAWTON: So under what circumstances as prime minister would that be warranted in your eyes?

TRUDEAU: 7:41: I think it’s warranted if there is a reasonable chance of success, if there’s a way that Canada can offer expertise the rest of the world is unable to provide…

LAWTON: 7:52: Just to clarify, are you saying there’s no chance of success with the fight against ISIS?

TRUDEAU: 7:57: Oh, I’m saying, this is going to be a very long, long challenge against ISIS, and Canada’s role in engaging with that needs to be a best suited to…

Everyone can see the problems here, I think. There are two that jumped out at me. One: is Trudeau already saying – while we have men and women over there on the battlefield, risking their lives – we are going to lose the fight? Two: is he saying that we should only ever fight when we know we can win?

You could run a winning national campaign on either question.

I could be missing the point here, of course. But as I listened to the lesser-known local radio guy interview the famous national leader, yesterday, I found myself getting increasingly uncomfortable. I suspect I’m not alone, in that regard.

Here we go again: the free speechies at Now Magazine are making legal threats about the way in which I exercise my free speech.

In particular, the self-styled progressives at Now are hissing, via no less than s. 2 advocate Professor Alan N. Young, that they will sue me, verily and herewith, for asserting that they are “profiting on advertising that traffics in young girls.”

In that regard, here’s a couple examples of what I’m talking about.  Have a nice day, Now douchebags.

Battleground: can the Grits get SW Ontario back?

That has to be some kind of a record. Sworn in start of December, whiplash-inducing flip flop a few weeks later.

Then: “I would freeze fares for at least the first year of my administration.” – John Tory, October 18, 2014

Now: “It was not until the transition period after the election that I was fully able to comprehend.” – John Tory, January 19, 2015

In Tuesday’s Sun: terror isn’t on the ballot, but it may as well be

In Summer of 1986, around the time I was reporting on the activities of the neo-Nazi Aryan Nations for the Calgary Herald, an editor approached me in the newsroom.

“How many of these Aryan Nation guys are there in Alberta?” he asked me.

“Hardcore, committed members?” I said. “Maybe forty or so.”

“Forty!” the editor said. “That’s ridiculous! Why are we writing so much about a group of lunatics with no more than forty members?”

The answer was blindingly obvious, but I didn’t argue. The editor had a higher pay grade than me. So I kept quiet.

In the intervening years, perhaps the answer has finally revealed itself to that editor. The Aryan Nations – like every other terrorist organization extant – is disinterested in democracy. Between 1983 and 1986, members of the Aryan Nations had been involved in assassinations, robberies, bombings and a multiplicity of other crimes. Their objective, like all terrorist groups, had been to destroy democracy.

Like all other terrorist groups, too, the Aryan Nations used undemocratic means to achieve change. It doesn’t use ballots do so; it used bullets and bombs. So the fact that it had just a few dozen members was completely, thoroughly irrelevant. Focusing on membership numbers in terrorist organizations – as opposed to what those members can actually do – has had calamitous consequences for the West.

The implications of terrorist acts – particularly when carried out in proximity to an election year – are far-ranging for every democracy. And terrorists have therefore become very adept at affecting democratic outcomes using undemocratic means.

One academic study in Israel – which has more than a passing acquaintance with terrorism – found this: “The electorate is highly sensitive to terror fatalities…terrorism causes an important increase on the support for [conservative] political parties.”

Closer to home, a study published by Queen’s University also looked at a generation of terrorist attacks in Israel, and their effect at voting time. “Terrorism is causing Israelis to increasingly vote for right-wing parties, while at the same time, they are turning left in their political views,” the professors concluded. “In periods of repeated terror attacks, voters increase their support for [conservative] political parties because [conservatives place] a larger emphasis on security related issues. Right-wing parties benefit from the increasing prominence of the security issue during a wave of terror.”

This last result may explain what is now seemingly happening in Canadian politics. For months, a majority of Canadians wanted Justin Trudeau to be Prime Minister, and a majority wanted a Liberal federal government. If you were to ask them if they still self-identify as Liberals, and if they still like Justin Trudeau, they would almost certainly say yes.

But, increasingly, it appears they would also say that they do not think Trudeau is experienced enough to handle the sorts of terrorist incidents that have been happening, with increasing frequency and ferocity, in Western democracies. They do not think he is ready.

In Israel, the academics found the same phenomenon: the electorate was moving Left, but – after a terror attack – voting Right.

Terror is the antithesis of democracy, of course. But it is apparent that – even in a place as removed from the Middle East as Canada is – terrorists can still have an impact on millions of people far, far out of proportion to their numbers. 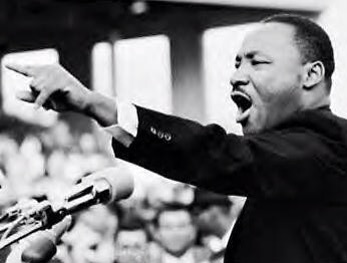 The self-professed progressive free speechies at Now are threatening to sue me again. Yawn.

Sure can dish it out, etc. etc.

I guess we know why Walt Disney killed off mother figures in his cartoons, now

That’s what Bill Clinton’s top strategist, James Carville, famously wrote on a piece of paper, a generation ago. He then put it up on the wall of the Clinton campaign war room in Little Rock, Arkansas. (He also posted two other important messages that have achieved less recognition: “Change vs. More of the same” and “Don’t forget healthcare.”)

Clinton, aided and abetted by Carville, would go on to win the 1992 presidential election campaign, of course. Most folks attribute that victory to Clinton and Carville’s laser-like focus on the economy.

But is that axiom still true? Justin Trudeau doesn’t talk about the economy all that much, but he is doing rather well with just the above-noted “change” formulation, thank you very much. He could win simply by being unlike the other two guys, and by maintaining a pulse.

Stephen Harper, meanwhile, is defying the conventional political wisdom with a singular focus on foreign affairs. In recent months, the Conservative Prime Minister has been much more preoccupied with international files: brokering détente with Cuba and the U.S., staring down Russia’s despot Vladimir Putin, an increasing focus on the Arctic Circle geopolitics, and of course military action against ISIS/ISIL. It is harder to recall anything noteworthy that he has had to say about the economy.

Despite that, Harper’s party is competitive again – and he has started to emerge in polling as Canadians’ preferred choice as Prime Minister.

So what, then, of the economy? With both Trudeau and Harper remaining popular, and with both saying precious little of note about it, is the Clinton/Carville formulation no longer true?

One senior analyst with a major bank (one who, unlike most bankers, knows a great deal about politics, and has even helped run a few winning campaigns) knows why Harper has not yet been hurt by his pirouettes on the international stage. The bad news – plummeting oil prices, a declining dollar, and a December drop in jobs and building permits – hasn’t really registered on the public consciousness, he says.

“The next fiscal year, 2015-2016, is when we will see the big impact from oil prices,” says the analyst. “[But Harper] will still balance the budget this year – the $3 billion contingency fund allows him to do that. Next year may show a slight deficit, which is bad for political purposes. But it’s virtually meaningless for financial markets.”

The analyst concedes that this week’s much-publicized TD Bank report likely caused some consternation at the Department of Finance and the Prime Minister’s Office. In the report, TD predicted that the Conservative government’s balanced budget would now only happen “with the thinnest of margins.”

Our anonymous political-financial analyst, who works for a rival bank, is undeterred. “The trend in debt-to-GDP continues down, and positively,” he says. “Canada’s AAA credit rating is intact. Even TD projects surpluses to return. And refinancing of the debt is resulting in big time savings for federal government.”

But does that mean, then, that the Prime Minister has many more months of wiggle room – and that he can put off Election 2015 to the Fall?

The smart banker doesn’t hesitate. “If was his advisor, I would say: let’s go sooner. Let’s not give any more time to the Opposition on the Summer BBQ circuit!”

In other words: it’s still about the economy, stupid. And Stephen Harper is well-advised to go before the economy gets worse, and the electorate start to notice.

The Pope agrees with me, naturally

Free speech, but not without limits. In other words, say whatever you want, but don’t expect to never, ever get a reaction that isn’t somehow wrathful (not homicidal).

But that’s not why I posted this. That’s not the best part. The best part? The notion of priestly fisticuffs. Classic.

By way of example, [the Pope] referred to Alberto Gasparri, who organizes papal trips and was standing by his side aboard the papal plane. “If my good friend Dr. Gasparri says a curse word against my mother, he can expect a punch,” Francis said, throwing a pretend punch his way. “It’s normal. You cannot provoke. You cannot insult the faith of others. You cannot make fun of the faith of others.”