In this week’s Hill Times: is it time to forgive and forget in politics?

Campaign 2015 has been noteworthy for plenty of things. There’s been the fact that all three of our main political parties—the Conservatives, the Liberals but also the New Democrats — have a shot at forming a government. That’s something that hasn’t really happened before.

Also unprecedented: big media — the so-called consortium — losing control of the leaders’ debates. The cost of covering Election 2015 is steeper than it has ever been. And the number of female candidates — highest it has ever been, and about time, too.

But if Campaign 2015 is remembered for any single thing, it is this: stupidity. As in, stupid statements, or stupid behaviour, by political candidates and political staffers alike.

There have been so many inane and insane utterances — by representatives of every political creed — it’s almost impossible to keep track of them. It’s practically been an idiocy epidemic.

CBC, as a public service, tried. Here are a few taken from their list.

The NDP’s most-senior communicator — that is, a guy who is supposed to know how to communicate—was found to have told the Pope to “go f**k yourself,” on Twitter, and called the Catholic church “misogynist, homophobic, childmolesting.” Nice.

The Conservatives lost two candidates on one day — one for urinating in a coffee cup at someone’s home, and the other for posing as a mentally disabled person, faking orgasms, then posting the results online. Want to be a CPC candidate? Urine!

The Liberals had a couple beauts, too. One B.C. Liberal candidate didn’t just counsel pregnant women to smoke — she counselled them to smoke weed while pregnant, too. And, before that, there was the Calgary Liberal candidate — now blessedly gone — who told someone on Twitter she wished they’d been aborted with a coat hanger, and another one to “go blow your brains out.” Oh, and she mocked lesbians, too, just so no one would feel left out.

Candidates forced to resign over sexist comments made in the online comments section of newspapers. Candidates resigning for suggesting that Israel, our ally, engages in “ethnic cleansing.” Candidates apologizing for comparing a party leader to the Nazi’s Joseph Goebbels. It goes on and on and on.

There isn’t enough column space, in fact, to cite all the examples of Campaign 2015 political stupidity. There are just too many.

So why is it happening? Is it something in the water, as noted?

Before you start blaming social media — like my firm’s client, Twitter — keep in mind that almost half of Election 42’s bimbo eruptions have taken place in old-fashioned ways, like in media interviews (e.g. pregnant women should smoke dope) or in the presence of a TV camera (e.g. relieving oneself in a coffee cup). Not everything that happens takes place on social media.

Social media is indeed a political problem, however. It gives politicos an immediate and global online platform — and, unhelpfully, without the benefit of editorial oversight. And it’s permanent, too. As I remind my four teenagers all the time: “The internet is forever. If you post it, someone will find it.”

Besides, blaming social media is scapegoating the medium, not the messenger. And, if we are looking to pin the blame on someone, it should be pinned on the messengers. Like a donkey’s tail. Because donkeys they all are, to a one.

You think deleting that photo of you, in flagrante delicto, won’t be found by war room guys like me, after you win your party’s nomination? You think that late-night chat room ran — in which, drunker than a frat house set loose in a distillery, you extolled the virtues of apartheid — won’t be located much later, when you are trying to present a fresh-faced and scrubbed version of yourself to the electorate?

Think again. If you did it, we will find it. Guaranteed.

Given that all of us have done stupid things over the years — and, rest assured, Your Humble Narrator has done more than most — perhaps we are collectively approaching these contretemps in the wrong way. Perhaps we in the chattering classes shouldn’t be treating every verbal misstep as a capital offence. After all, if Rob Ford and Donald Trump have shown us anything, it is that the people are far more forgiving about stupidity than the pious folks who ply a trade in the media or politics.

The public, in their wisdom, already know that people in public life aren’t as smart as they pretend to be.

So, maybe it’s time we just let most of this stuff go. And just, you know, talk about policies and plans and programs instead.

Anyone still doubt my super-prescient prediction about a minority government? 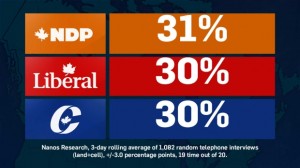 I have friends in the war rooms of all three parties – and I feel badly for them. After so many weeks of hard, hard work, this has to be frustrating as Hell.

No. No, here’s why, in helpful little bullets.

I know some of you will go psycho over this, and possibly leap off a ledge somewhere, but remember: it’s just politics on the Internet.  And, ipso facto, here’s another highly-scientific chart, showing the outcome of all political arguments on the Internet: 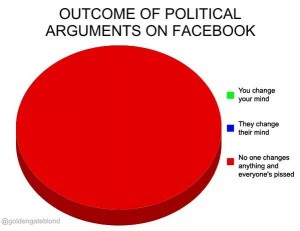 KCCCC Day 42: the return of JC

And who says God, in Her wisdom, cannot exist?

The view for me and the wife, right now. Holy cow. 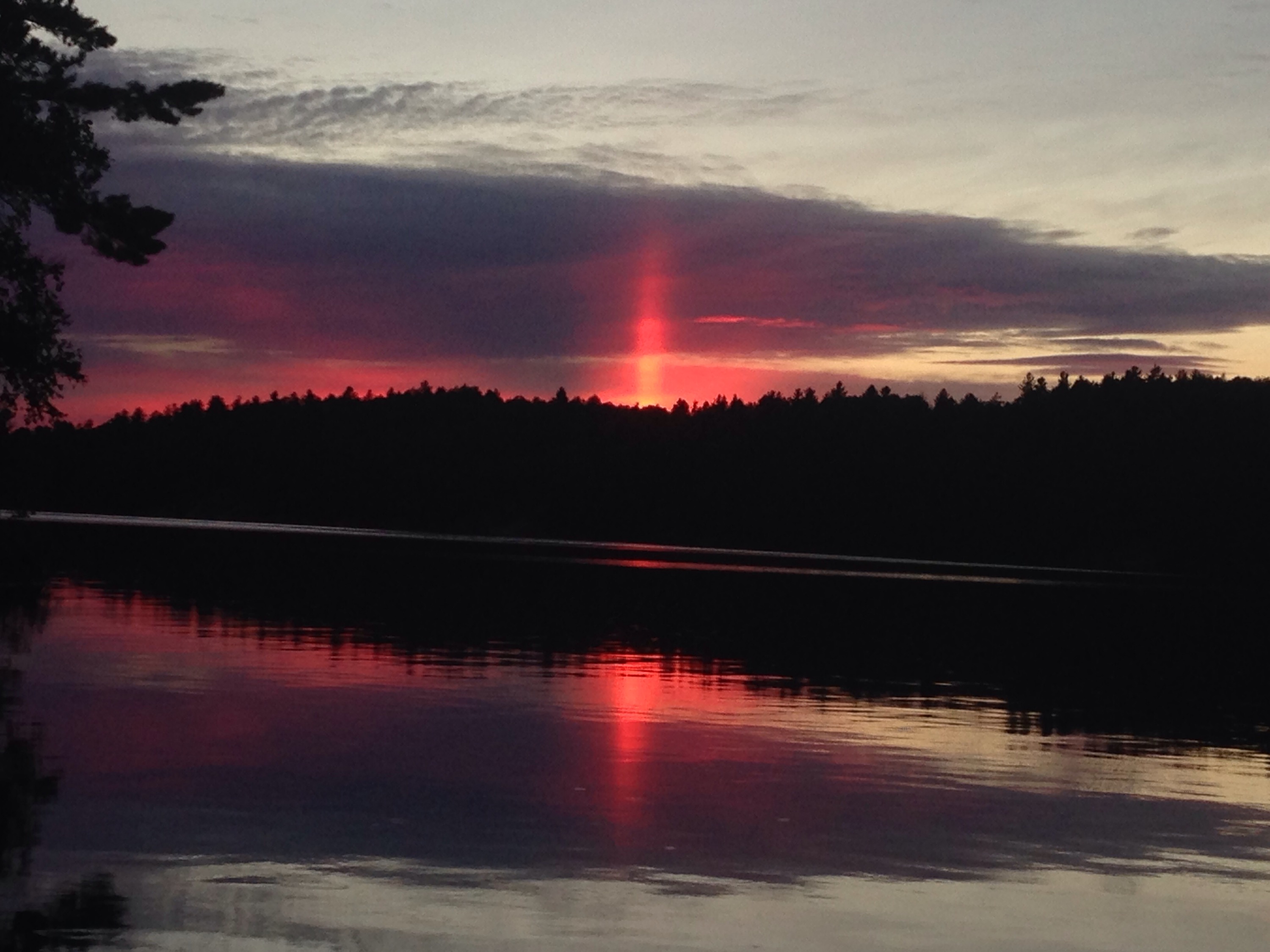 What a nice person! The NDP candidate in Edmonton, in her own words:

Just now near my office 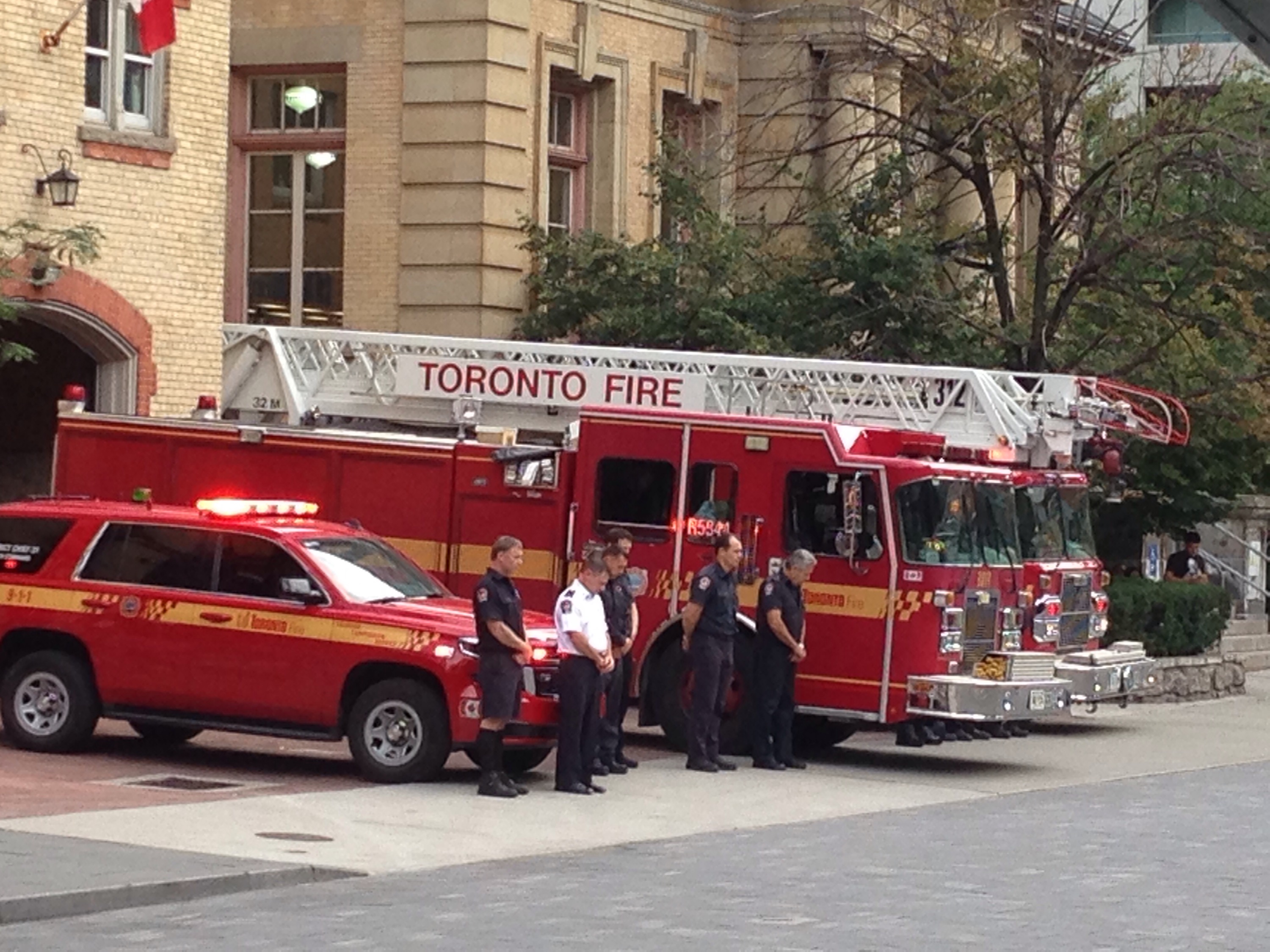 KCCCC Day 40: my advice for today, in 140 characters or less