In Sunday’s Sun: give a damn, Messrs. Sousa and Baird

Imagine you’re a dad with four young kids, and a wife who is a school principal. Imagine you’re an engineering graduate of a Canadian university, and you do a lot of charity work.

Imagine you get the political bug, and get involved in a campaign, and you win and you get to write memos for the boss about helping minorities, and you even get to meet Hillary Clinton.

Then, imagine you kiss your wife and kids one morning, head off to work, and a bunch of big guys storm into your office. They’re shouting and waving weapons and they hustle you and your co-workers off to the worst prison in the country.

Imagine they toss you in a concrete cell slightly bigger than a broom closet. Imagine you get a blanket, but nothing else. None of your medication, no clean underwear, no visits by your wife or kids.

Now, imagine that’s been going on for nine months. And imagine that your MPP, Ontario Finance Minister Charles Sousa, doesn’t even return the calls of your family. And imagine that the federal minister who is supposed to do something about this, John Baird, hasn’t done a damned thing to help you.

Khaled al-Qazzaz doesn’t have to imagine any of that stuff. It’s what has happened to him.

Full disclosure: I met his wife, Sarah, last week. Some of her classmates at U of T thought I could help her out. I brought along some colleagues and family to meet Sarah – and, afterwards, all of us decided to help.

Sarah is tiny. It looks like a strong wind could blow her away, she seems so fragile. But she’s tough, tough as steel – and she’s kept the family going, and she’s kept her kids safe, while her husband remains captive in the worst part of one of the worst places on Earth.

She’s going back to Egypt, and God knows what fate, in three weeks. She decided to come back home to Canada, with the kids, to raise awareness of Khaled’s plight, and to seek – to beg – for the help of the likes of Baird and Sousa. Sarah is Canadian, and so are the kids. Khaled is a permanent resident, but was born in Egypt. Which could be why the government is not intervening. (Who knows.)

He and Sarah met while they were both chemical engineering students, in front of the Second Cup on University Ave. in Toronto. She fell in love with him – with his passion and his intelligence and his desire to help people. He started up a campus group called Students for World Justice, and it’s still going. He raised money for an orphanage.

He told Sarah he wanted to go home to set up a school, and give Egyptian kids – kindergarten to Grade 12 – the sort of education he was privileged to get in Canada. Sarah became the school’s principal.

The Arab Spring happened. Khaled was swept up in it. He saw a chance to bring democracy to Egypt, for the first time in its centuries of history. He joined the Freedom and Justice Party, and caught the attention of its leader, Mohammed Morsi. He wasn’t a member of the Muslim Brotherhood or anything like that. The party won the 2012 election, fair and square, and Khaled got hired as staffer.

He wrote memos for the boss about human rights. He agitated for minority rights, for Jews and Christians. Then, on July 3 of last year, he sent Sarah a text message that chilled her blood: “Forgive me.”

He had decided to stay at work, on the day Morsi and others were seized by men dressed in black. He was thrown into Cairo’s sprawling al-Aqrab pison, where he has remained ever since.

Sarah and her four kids need help to get Khaled back to Canada – or, at the very least, to get him better living conditions.

And imagine this: Baird and Sousa won’t give it.

The only anti-Rob Ford video you should watch today

There’s another YouTube Rob Ford thing out this morning and I hate it: it evinces too much sympathy, or likeability, for Mayor Crackhead.  It misses the mark.

This video, meanwhile, naturally doesn’t.  You can see this band, considered Canada’s finest and most-wonderful geriatric punk combo, at the Tranzac Club next Wednesday, and at the Bovine at the end of the month.  Be there or be square, etc.

April 16, 8 pm, Tranzac Club, 292 Brunswick, in TO. For CUP and student media. We will have a different line-up than ever before seen: history will be made. 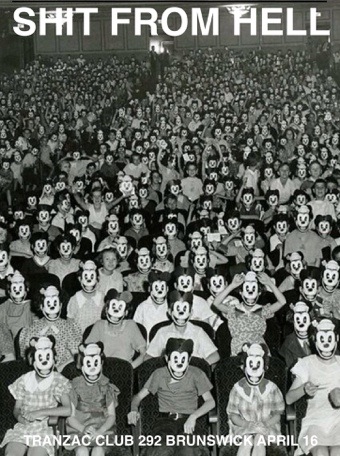 So I go over to George Brown College at noon to give a speech thing to their board. It went well. Felt good. Went for lunch at the Patrician. Talked to Terry and Chris.

Later, driving on Lakeshore with my little guy – and the front left wheel cover comes flying off my truck. Flies off. Throw on the emergencies and get off the road.

Guess what? When I was at the speech or the diner – parked in broad daylight on one of the busiest streets in Toronto – someone hit the front left and just kept on going. Left no note, nothing. Nobody else did, either.

Just finished with the parts guy. It’s going to cost me a few bucks under my $500 deductible. Asked the guys there if I should call the cops, they laugh. “They won’t do anything,” guy says.

I therefore hate everything tonight. Stay away from me.

I once said to a Conservative who was a friend of his that I thought he’d been a not-bad finance minister. She didn’t believe me. So I wrote this.

Apparently it amused him when he saw it; I was amused to hear that he was amused.

A real Ontario political poll, by a real pollster

…as opposed to that horseshit in the Star showing Hudak far ahead. Remember: it’s Forum.

This snapshot reflects what insiders know is the reality. It’s a three-way race, and Horwath has the most momentum. 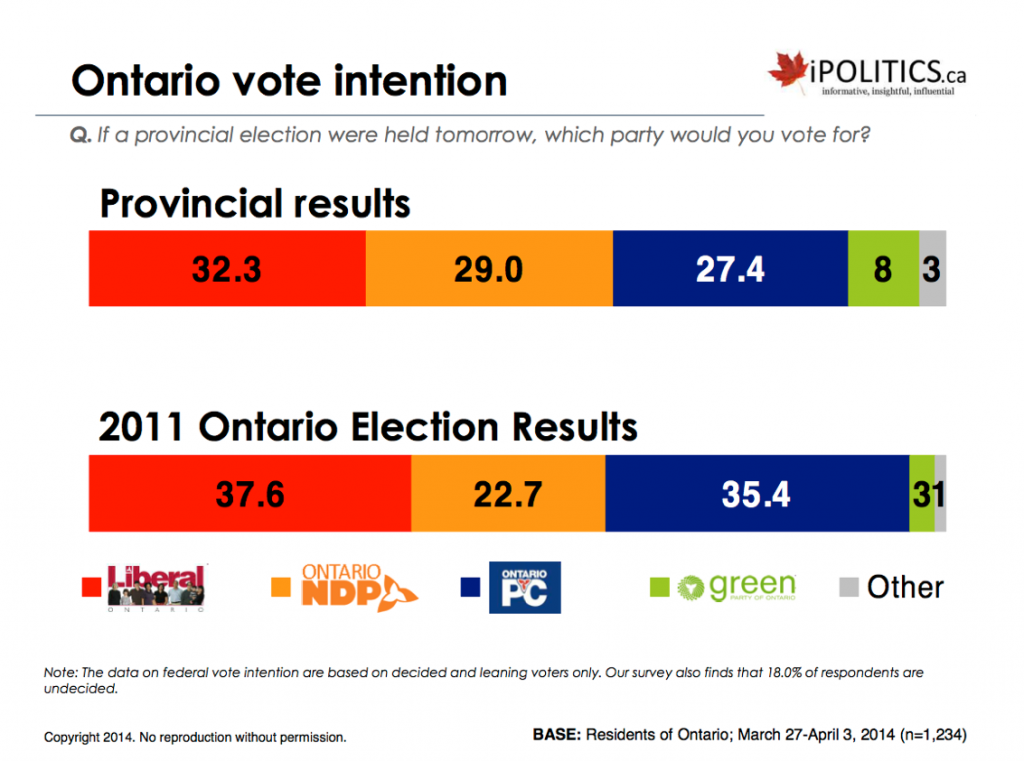 Gord Tulk, who resembles a computer virus, has defamed a person in comments by calling them a member of a terrorist group. I don’t want to get sued for his stupidity, so he’s gone.

Oh, and this web site isn’t anyone’s personal sandbox. Keep that in mind, please and thanks.

Despite the sneaky efforts of a lunatic in Ottawa, my amazing lawyers, Brian Shiller and Angela Chaisson, won me another case yesterday.  The defendants learned, the hard way, not to rely on the urgings of lunatics.

Congrats and thanks to Brian and Angela.  They’re pit bulls.

Imagine having four young kids, a professional wife who helps you run a school, and that you do a lot of charity work – raising money for orphanages and whatnot.  Imagine going to work, and then being attacked in your office by a bunch of thugs, and then thrown in the worst prison in the country.  Imagine being denied your heart meds and roughed up and denied even a chance to see your kids.  Imagine not being charged, and sleeping on a concrete floor for months.

This guy is a U of T grad.  The people below are his family.  They’re Canadians.

Why the Hell aren’t the Canadian and Ontario governments doing anything to help them out? 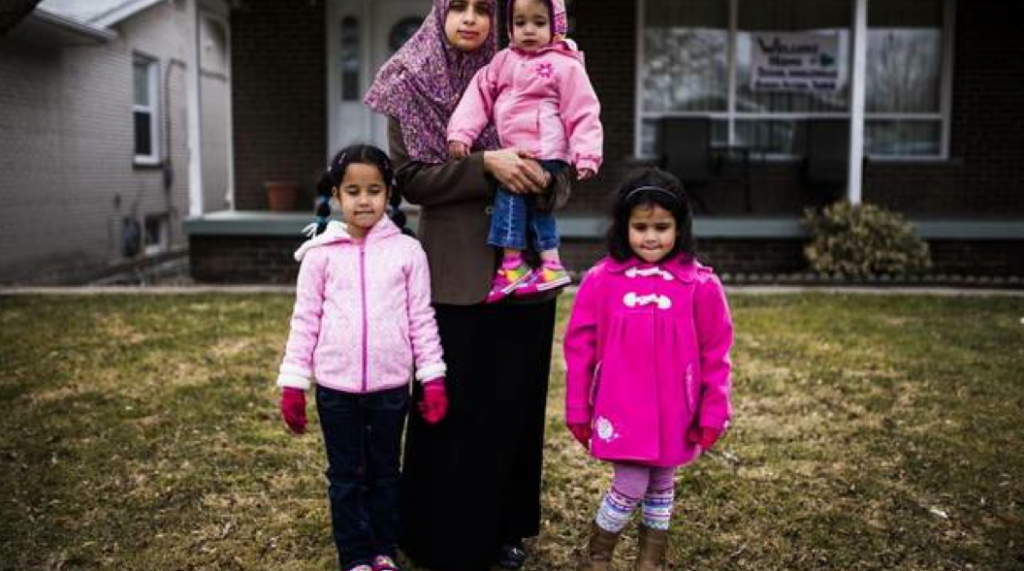 That’s not very nice, even for Toronto Life. (Although if they think I’m Arya Stark, who I adore, I’m okay with it.)

Anyway, keep blaming me for everything, go ahead.  Knock yourself out.

But keep this in mind: the fans of Rob Ford and John Tory (who are basically the same people, but with different vocabularies and hairstyles) are making a big, big mistake if they think that just one person is behind the criticism of them.

There are many, many, many people who are critical of them.  As they will see in October of this year, big time.