Down the memory hole

Several posts have gone down the memory hole, seems. There’s a big glitch when I use WordPress on the iPhone – stuff disappears, and I get error messages. The WiFi up here ain’t so good at the moment, either. Frustrating.

Anyhow, I repeat my offer of a wk.com Reddit-style AMA thing. Send your questions and I will faithfully answer – although not perhaps in a video thing (see above).

Have a great August weekend, in the meantime. Was pretty cool last night – it feels like the end of Summer 2014 ain’t far off.

This just flew out of the woods and over my head

Scared the living shit out of me, too: the only things with a motor around here are of the four-stroke variety. Wow. 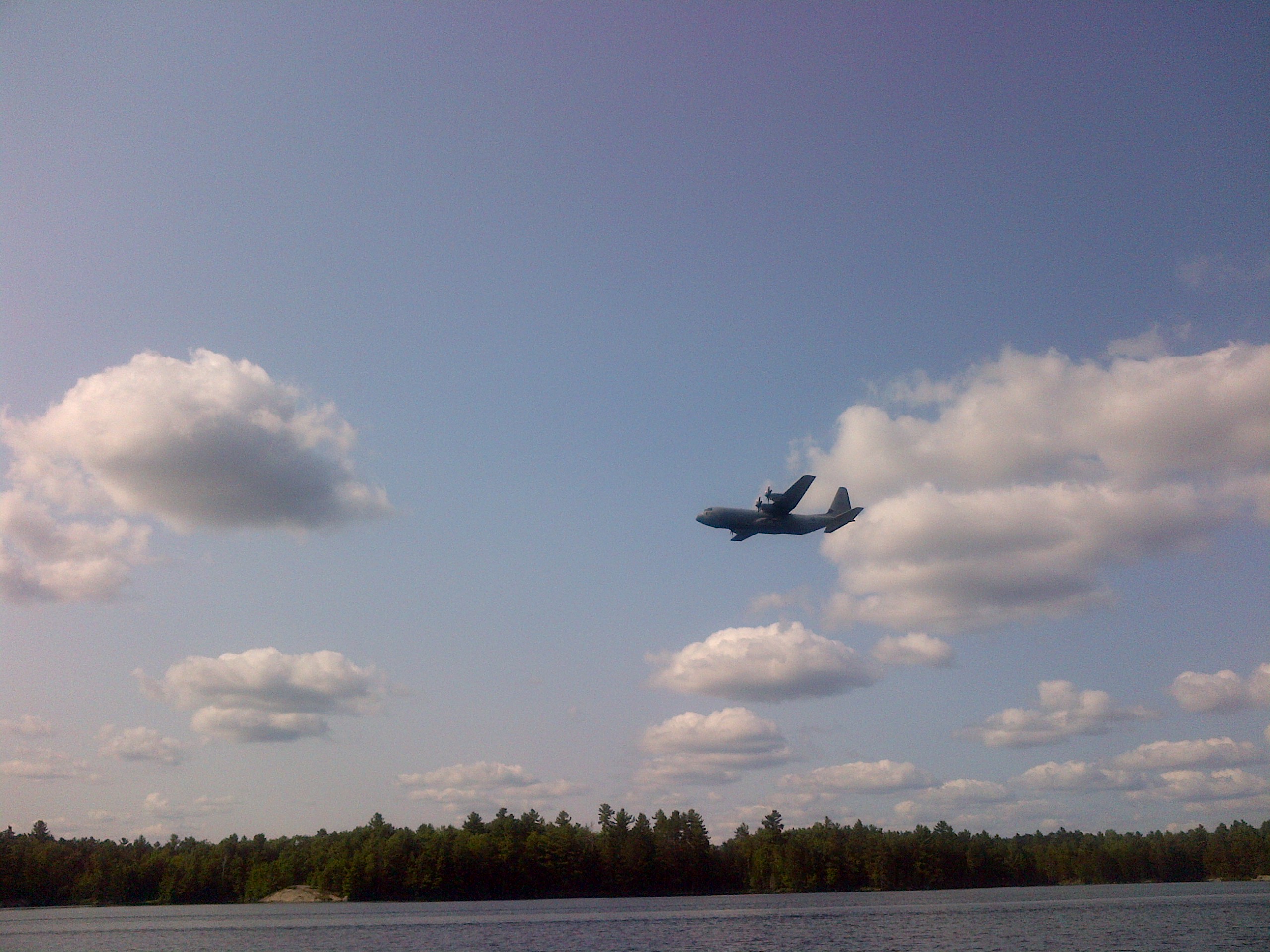 Backstage with Pennywise and Bad Religion!

Jim Lindberg, Lala, and some old guy. My God, I love punk rock. 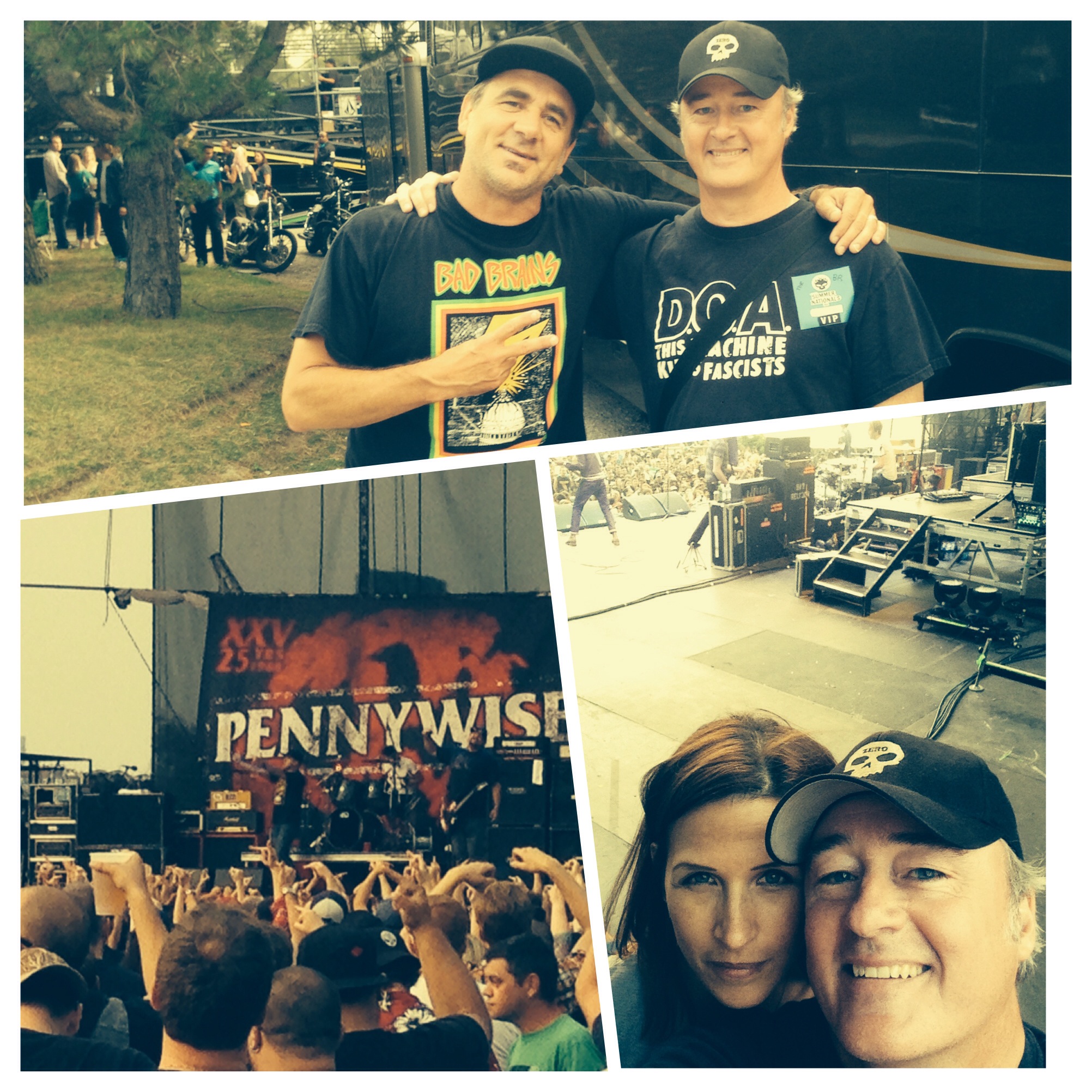 In Friday’s Sun: Conservative war room steps on own bomb

Sometimes political war rooms get way, way too cute. Sometimes, even, they do something that ends up hurting them a lot more than it hurts their opponent. Sometimes, they’re idiots.

Case in point: Justin Trudeau’s 2011 visit to one of the mosques in his riding. The Tory war room saw it, seized on it, attacked it.

You can almost picture it happening. The neatly-barbered youngsters who comprise the Tory election brain trust are deep within the bowels of some non-descript Ottawa government building, peering at their glowing computer screens. Looking for something, anything, with which to hurt the one adversary they fear the most – Justin Trudeau.

One of the kids is suddenly excited. He has found a clip in which Trudeau says that he has visited every mosque in his Montreal Papineau riding, including the Al-Sunnah Al-Nabawiah mosque. Trudeau was there in March 2011.

The Conservative kids in their dark suits are all ecstatic. After Trudeau visited the mosque – note that word, AFTER – a U.S. intelligence report came out, and said that some men had passed through the mosque a decade earlier. The mosque was a place “known al-Qaeda members were recruited, facilitated or trained,” said the report.

The Tory war room swung into action. They leaked their find to the media, including Sun News. They then instructed Steven Blaney, who is apparently the minister of something called “Public Safety and Emergency Preparedness,” to issue a public statement excoriating Trudeau.

“It is completely unacceptable that Liberal Leader Justin Trudeau would associate with a group that allegedly radicalizes Canadians to join al-Qaeda and engage in acts of unspeakable violent extremism,” said Blaney, who nobody has ever heard of before, and likely never will again.

“Now he is pandering for votes amongst religious extremists in our own communities. It is clear that Justin Trudeau cannot be trusted to keep Canadians safe.”

Get all that? Radicals! Extremists! Unsafe! “Unspeakable violent extremism,” even!

Except…there’s a problem, Conservative war roomers. Three of them, in fact. We’ll lay them out in point form, and use small words, so you’ll perhaps understand.

1. In March 2011, as now, Justin Trudeau was a garden-variety MP. He was not the Minister of “Public Safety and Emergency Preparedness,” or the “Prime Minister,” either.

2. As such, he did not have, and does not have, the power to pick up the phone and call CSIS or the RCMP, and demand that they turn over their Top Secret file on the Al-Sunnah Al-Nabawiah mosque. If they have such a file, they sure as Hell wouldn’t be sharing it with Justin Trudeau, Private Citizen.

3. If, however, such a file existed at CSIS or the RCMP, or anywhere else, only two MPs would have access to it. Their names are “Stephen Harper” and “Steven Blaney.”

See the problem you have created for yourselves and your bosses, Con war roomers? Are you getting the point? If “unspeakable violent extremism” is associated with that mosque, why have Messrs. Harper and Blaney DONE NOTHING ABOUT IT?

One is the Prime Minister of all that is Canada, the other is ostensibly the Minister of “Public Safety and Emergency Preparedness,” whatever that is. They knew what was happening at that mosque, they were in discussion with American intelligence folks about it, and THEY DID NOTHING ABOUT IT.

And, as I told my flummoxed Sun News colleague Brian Lilley on-air, THEY COULD HAVE DONE PLENTY – including taking away its charitable status. (God knows they are doing that with plenty of environmental and church charities the Conservative war room distrusts.)

Anyway, apologies for the all-caps, there, Conservative war room kiddies.

I think you’re all IDIOTS, this week, and I figured that was the only way to penetrate your TINY SKULLS.

Byline: Brian Lilley and I square off on Trudeau and that mosque visit

There are so many things you can (and you guys likely will) say about this page on their web site.  Personally, I’m not sure how that creepy-looking guy got into the last spot.

In the mornings, I listen to CBC Radio.  Always have.  But when they start playing “music,” I turn them off.  Calling the “music” on CBC Radio “music” is inaccurate.  It is more accurate to call it “coma-inducing droning that is worse than elevator Muzak.”

So, increasingly, I flip over to newcomer Indie 88.  I could do without some of their Happy Talk, but their musical taste is awesome.  This morn, then, they played The National’s ‘Bloodbuzz, Ohio,’ which is a bit of God-like genius.  I tweeted about it, and lots of folks replied, and now they know about The National and that song.  Which is a good thing.

So, I say, check out Indie 88. They’re the best place for good music. And, also, give me my own show, Indie 88.  I know Diddley about politics, but my musical taste is without equal.

Hot Nasties, death, Fucked Up and the NME

“If you guys had stayed together, you would’ve been really big,” daughter said to me this afternoon, as we headed back from the cabin. “But you wouldn’t have had me, and that would’ve sucked.” 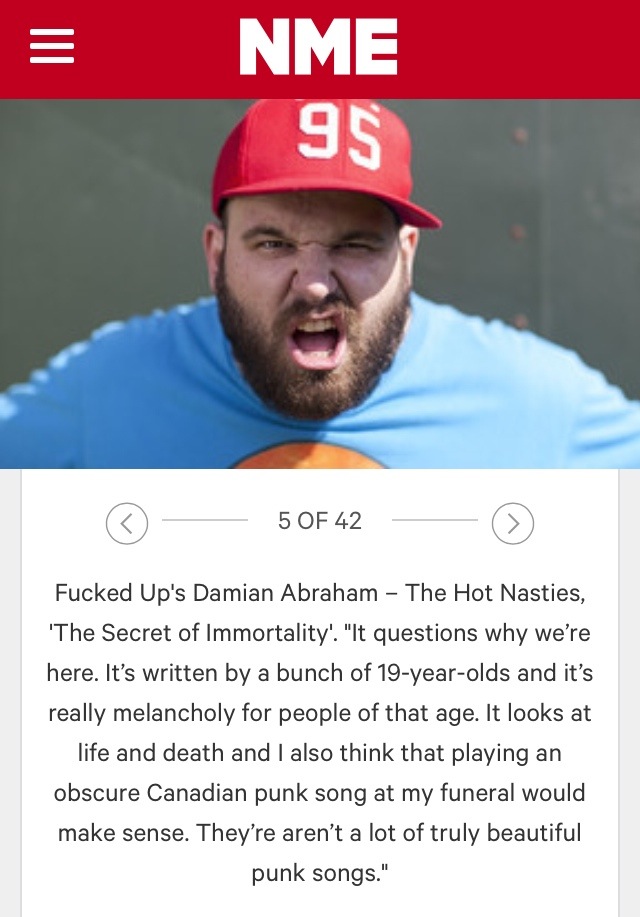 Is Marc Emery a secret agent for the Conservative Party of Canada? It sure looks that way.

It’s impossible that you have not heard of the World’s Most Famous Pothead. But, in the event that you have been in a coma for the past while, consider this a primer, gratis.

Marc Emery is from B.C. Presently, he is a guest of the U.S. prison system. He got himself there by selling drug stuff in the U.S. His business was called Marc Emery Direct Marijuana Seeds, which pretty accurately describes what he does for a living.

Emery is also an advocate, however. Most of the time, he is an advocate only for himself. He has therefore run for Mayor of Vancouver three times, and lost each time. He has run for the Libertarian Party, federally, and received 197 votes. He has also help start up no less than four political parties – the Freedom Party, the Marijuana Party of Canada, the B.C. Marijuana Party, and something called the Unparty.

He’s been in jail plenty of times before being imprisoned in the U.S. He’s been jailed for selling obscene stuff, for drug trafficking, and even for breaking Sunday shopping laws.

He’s also an idiot. For instance, after he was arrested, Emery called then-Justice Minister Irwin Cotler – one of the greatest Parliamentarians this country has ever had – a “Nazi Jew” and a “Jewish Nazi.” Those are quotes. He said that Cotler, who is indeed Jewish, is “identical intellectually” to the Nazis.

Oh, and he likened marijuana prohibition to the Holocaust. He actually said that. When a reporter suggested to Emery that comparing pot laws to the Holocaust is hurtful to Jews and gays and others, Emery sniffed: “[Some] people like to think they have the monopoly on pain.”

Emery used to say he’d smoked marijuana with Justin Trudeau. Here’s a quote: “[He’s] smoked with me four or five times, so it really pisses me off when I see Justin Trudeau, who took big gaggers with me, is in Parliament actually voting for [a bill which would have imposed mandatory minimum sentences for drug offences, including marijuana].”

Emery didn’t qualify that statement; that’s what he said. When Trudeau heard about it, and said that Emery was lying – and when Sun News confronted him with it – Emery finally admitted he was, in fact, a liar.

Said he: “I am indeed recorded telling a falsehood that until now, I was unaware was out there. I’m totally embarrassed about it. I take my reputation very seriously, as of course, does Mr. Trudeau, and I’m really saddened that I have caused him some grief by this clear misrepresentation.”

Catch that first part? It was a lie, and he was prepared to let the lie stand, until someone – Trudeau, Sun News – challenged him on it.

Now, as noted at the outset, the Conservative Party loves Marc Emery. He has said he wants to run for the Liberals. So has his wife – who has even claimed unnamed Liberals approached her to do so.

Liberal spokesman Dave Sommers – a great guy who, full disclosure, used to work with us at Sun News – had this to say about Emerys: “The Liberal Party does not endorse the Emerys’ plans in any way. They are not affiliated with the party.”

Personally, if I’d been Dave, I would have been a tougher. I would have said this: “Marc Emery is a proven liar. He is also a disgrace – for what he has said about Jews, and the Holocaust, and a great, great man like Irwin Cotler. He’s unfit to be in the same room as Irwin Cotler. Moreover, Marc Emery doesn’t belong in the Liberal Party.

“He belongs in jail in the U.S., for life, for being an asshole.”

My view at the moment. Life’s rough, etc. 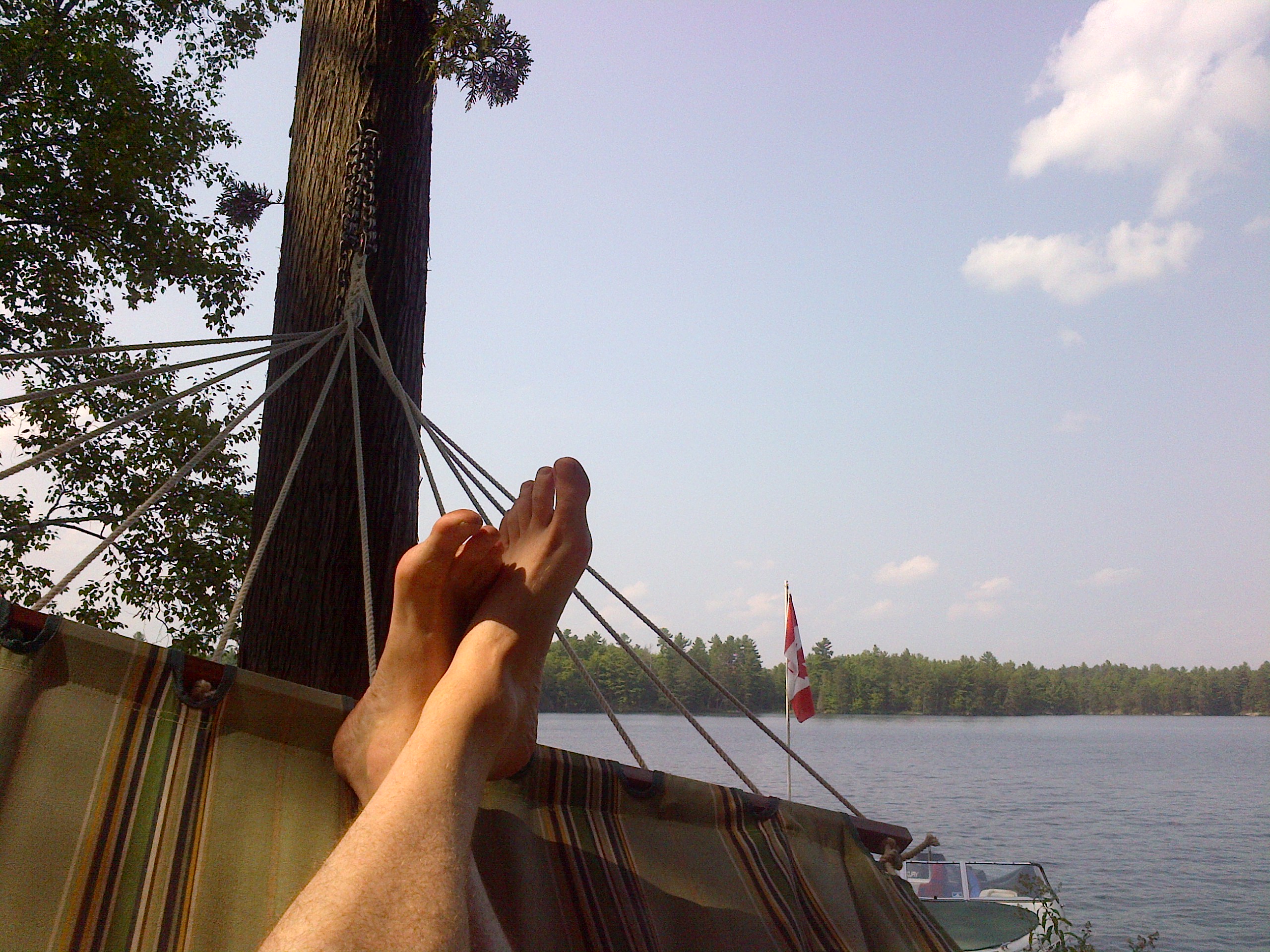