John Tory is a joke

Seriously.  He just is.

Not only does his Keystone Kops war room schedule his big announcement for today – at the precise moment Hudak is detailing his plan to have the Government of Ontario work out of a cardboard box – he comes up this when asked about bike lanes.

Here’s a free tip, John: when you are asked a straightforward question, just – you know – answer it.  Until you figure out how to do that, you are (and always will be) Dithers.

So…about this. They responding today, perchance? 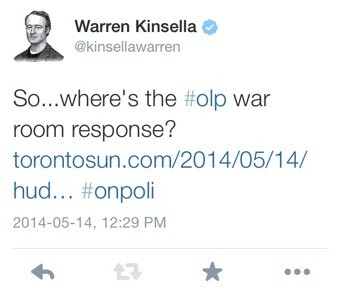 Oh, and also this:

Come and get me, wikidiots.

UPDATE: For those wondering what the problem is: for years, a loon in Ottawa has for years “vandalized” (to use Wikipedia’s terminology) the “Warren Kinsella” page, using fake names. I don’t even think I deserve a Wikipedia page, but the Wikidiots feel otherwise.

Anyway: for laughs, a friend developed a Wikipedia page about me containing just the facts, ma’am. I link to it. So do others. Wikipedia has apparently seen it, and today sent me a legal letter, demanding it be taken down.

So I plan to make them a deal: deal with the so-called vandalism by the guy in Ottawa (or just eliminate me as an entry), and I’ll take down the mock page. Until then, they can both fuck off.

When Gibbs spoke, the room went quiet, like it did in that old commercial where people lean in to hear advice from some financial advisor. You could hear a proverbial pin drop.

Gibbs was Obama’s White House voice from 2009 to 2011 – and, before that, he was one part of the triumvirate that helped the Chicago Senator win the presidency. He’s smart, among other things.

He’s asked about the Democrat’s chances in 2016, after eight years in the White House.

“It’s hard,” he says. “After eight years, after that much time, you’re in a change cycle. And change is a powerful theme.”

Indeed it is: Brian Mulroney rode it to a huge victory in 1984. Jean Chretien did likewise in 1993. Bill Clinton in ’92, George W. Bush in 2000. And Stephen Harper won with change, too, in 2006. But the people gave him a minority first, to ensure that his desired changes weren’t too radical.

Year 2014 is another change year. Harper has been there for almost a decade. In provinces like Ontario, provincial Liberals have been in power for more than a decade, and they look it.

Challengers in change cycles need to embody new, to be sure. But as Gibbs says, the “change” candidate needs to represent a clear alternative.

So, in 2008, Hilary Clinton had supported the Iraq war. Barack Obama didn’t. Apart from that one critical difference, their policy differences were mostly miniscule.

It isn’t enough, however, for the change candidate to merely say that being the first black president – or the first female president, or the first openly-gay Premier – is the change on offer. The change has to represent a risk.

Justin Trudeau takes risks. In the year and a bit since he became Liberal leader, in fact, Trudeau has taken plenty of risks.

By the usual standards, Trudeau should be politically dead. And the mistakes enumerated above – which, coincidentally enough, form the basis of a series of Conservative attack ads – should have ended his ambitions, long ago.

But he remains standing and strong. Forty plus polls have been taken since he became federal Liberal leader – and he has led in almost every one.

Why? It’s possible, perhaps, that the Con ads are serving Trudeau’s purposes. That is, by endlessly reminding voters that Trudeau represents radical change, they also remind Canadians that Trudeau – really, truly – is a real change.

They may even agree that he is radical change. But they are prepared to accept the radical stuff – the risks – in exchange for true change.

Trudeau, clearly, doesn’t intend to change his change-y ways. He’s out there on the tightrope, and he kind of likes the view.

Harper and Tom Mulcair, meanwhile, are down below, watching the Liberal leader do things they never would. They’ll never say it out loud, of course, but their entire strategy seems to revolve around waiting for Justin Trudeau to hit terra firma.

As strategies go, it’s not much of one.

I’ve never before been projected on a screen that big. I could get used to that.

Snapped at the always-fun CREA conference this morning, alongside the charming and talented Kathleen Monk and Tim Powers. 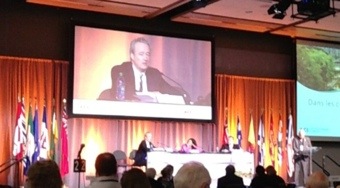 I don’t like Rob Ford. Have I mentioned that already?

Can you spot the guy who helped get Barack Obama elected?

It ain’t the guy on the right. 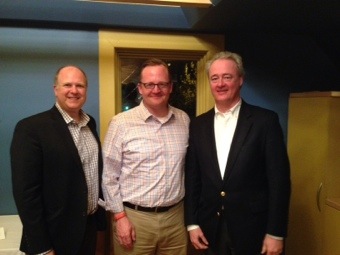 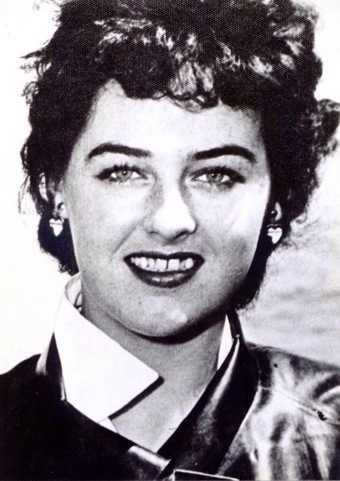 There are no words left

This is so, so awful. As I read it, I kept wondering about those kids. Horrific.

This is all you need to know.  Oh, and Hudak is doing a lot better after his two initial flubs. Prediction for next few days: Harper PMO are going to come up with an embarrassing bit of news to payback Wynne for her recent swings in their direction. It’ll be nasty, because they do nasty well. 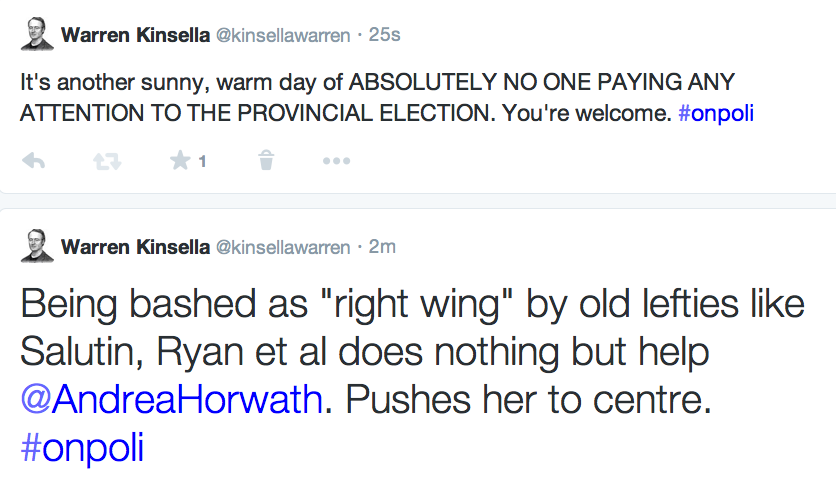 UPDATE: Well, so much for my view that Hudak has done okay in the past few days – with his announcement that he plans to cut 20 per cent of the jobs/services in government, his Million Job Plan has undergone drastic weight reduction.  And this election is now officially between Wynne and Horwath alone, methinks.