Five Feet of Something

She still have that drug and booze problem?

Greatest band name of all time

Tweeted by Tim LeMule.  It’s for real. Forerunner of Shit From Hell? 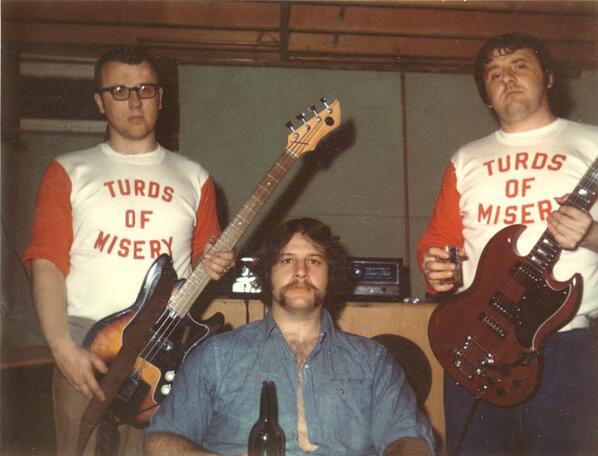 Oh, and anyone who would suggest that extreme weather events are related to climate change is crazy.

Clearly, this guy is a Communist.

It’s not often that a Conservative provides me with inspiration. But it’s a shiny new year and I am uncharacteristically full of political hope and optimism. Begone, nattering nabobs of negativity!

The source of my inspiration, as frosty and frigid 2014 makes its debut? None other than the Conservative Party’s happiest happy warrior, Monte Solberg. In a party chock full of angry old white guys, Monte is that rarest of exceptions: He is a happy young white guy.

Monte wrote a column this week in which he detailed his political wish list for 2014. I found it inspirational.

Ahem. Having used up more than 100 words to get to this point, I offer, without further delay, my own political wish list for 2014.

Stephen Harper: My wish for the prime minister in the new year is that he makes a decision, once and for all, about walking in the snow. For weeks now, the Kremlinologists in the media — and, er, Yours Truly — have been speculating ad nauseam, ad infinitum, about whether Harper would make the cliched “walk in the snow,” a la Pierre Trudeau, and pack it in.

I’m pretty sure he won’t. But if I’m wrong — and I usually am — I advise the Conservative leader to don proper footwear; 2014 is already colder than a flattened frog on a Manitoba back road in February. He needs to bundle up as he takes his walk in the snow.

Justin Trudeau: My wish for the youthful Liberal leader is that, basically, he stops being so young. Like all young people, he is a risk-taker and occasionally reckless. That’s all well and good when you are in high school, but when you aspire to be prime minister, it ain’t.

Justin needs to become a bit boring. Wear darker suits. Be less flamboyant when speaking. Trim those Herculean locks. Spray some grey on those sideburns.

And, for the love of God, don’t ever say another word about marijuana policy. The last guys to do that were Cheech and Chong, and it didn’t help them politically, did it?

Listen Tom, Ottawa is ridiculous. It is where much gets said, but little gets done. It is Hollywood for ugly people. You need to loosen your collar, lose a bit of weight and smile a bit.

Not that smile you currently use, which is reminiscent of the horrifying grimace on the faces of mummies in the Ancient Egypt exhibit at the Met in New York.

Oh, and the beard. Lose it. The last bearded guy to get elected president was William Howard Taft, more than 100 years ago.

Think about that next time you are picking yesterday’s lunch out of your moustache, big guy.

The media: I wish we would be less preoccupied with scandal.

As The Most Infamous Canadian™, Rob Ford, has shown, scandal doesn’t matter to voters. Smoke crack? Drink and drive? Lie your face off? Nobody cares.

What they care about is the little things — whether you regularly show up to work mid-afternoon, whether you shame your spouse in public, whether you knock over little old ladies. (All of which Rob Ford has done, by the way.)

(Oh, and I also wish Monte doesn’t get mad at me for stealing his idea.)

Wow, is Gwyn ever going to catch shit for this one

“A good case can be made that the best result for Canadians and for Canada in the election due in 2015 would be the re-election of Prime Minister Stephen Harper.”

Wow! Richard’s throwing it down, baby. I disagree with him, naturally, but I admire his intestinal fortitude.

As I was (nervously) preparing for my Sun Media gig a few years back, Angelo Persichilli told me a good columnist’s job is never to be predictable. As such, Richard Gwyn is a great columnist!

I am very sad to see them go.  And not just because they occasionally published me.

It’s sad because the loss of every newspaper means our democracy is diminished, in a real and measurable way.  In an era where fewer and fewer citizens are voting, the media – as I have been reminded, as I have pinballed between newspapers and politics over the years – are the only institutions left who can truly hold the powerful to account, on a daily basis.  Now, yet another media voice is gone.

Idiot bloggers, and idiot politicians, will continue to be happy about this sort of thing.  The former will say the disappearance of the so-called MSM means more audience for them.  And the latter will believe that it means more opportunities to communicate to said audience “without a filter” (which really means without a pesky reporter getting in the way).

But bloggers only comment on the hard work of actual reporters.  And the work of politicians won’t get noticed by voters, at all, if there isn’t a media there to report it.

Like I say, it’s a really bad way to start the New Year, across the board.  Even if you don’t live in Kamloops, this sort of thing affects all of us.

Baseless speculation. Plus: It’s colder than a flattened toad on a Manitoba backroad in February

…but I have just received amazing, awesome legal news.  It warms my tiny black heart.

However, I am not permitted to tell you about it for a period of one month. Sorry.

And, no, it is not the big news I promised some time ago.  Got 57 great suggestions about what I will be doing, however.  Here are some of the best ones:

I can say that two of you actually guessed the big news.  Also: gender reassignment seems to be something some of you really wish I would consider.  And: moving far away.

There’s a message there for me, somewhere.

We are shooting pix of SFH for the new record sleeve. Pick the pic you like best!

UPDATE: And we have a winner! 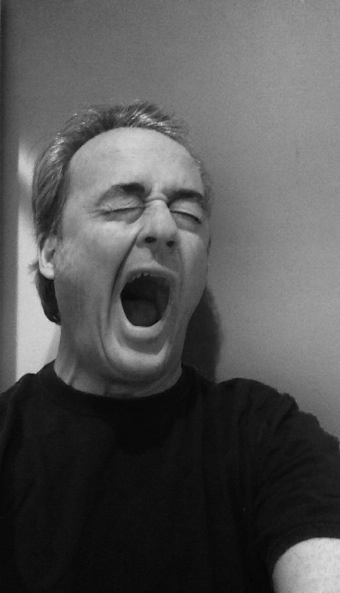 With band members, the yawn is a big hit. Sums up what I think of them.

SFH in the Martian Dweller Studio

…to record ‘The Rob Ford Song’ with the Broken Shit Scene Juvenile Chorus. Out soon on Ugly Pop Records! 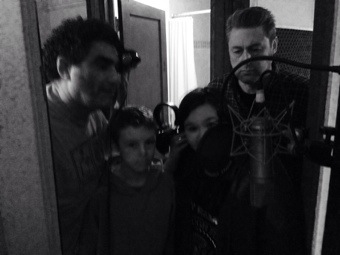 Warren your shame should be complete every waking minute of every day. Your a piece of shit plain and simple .