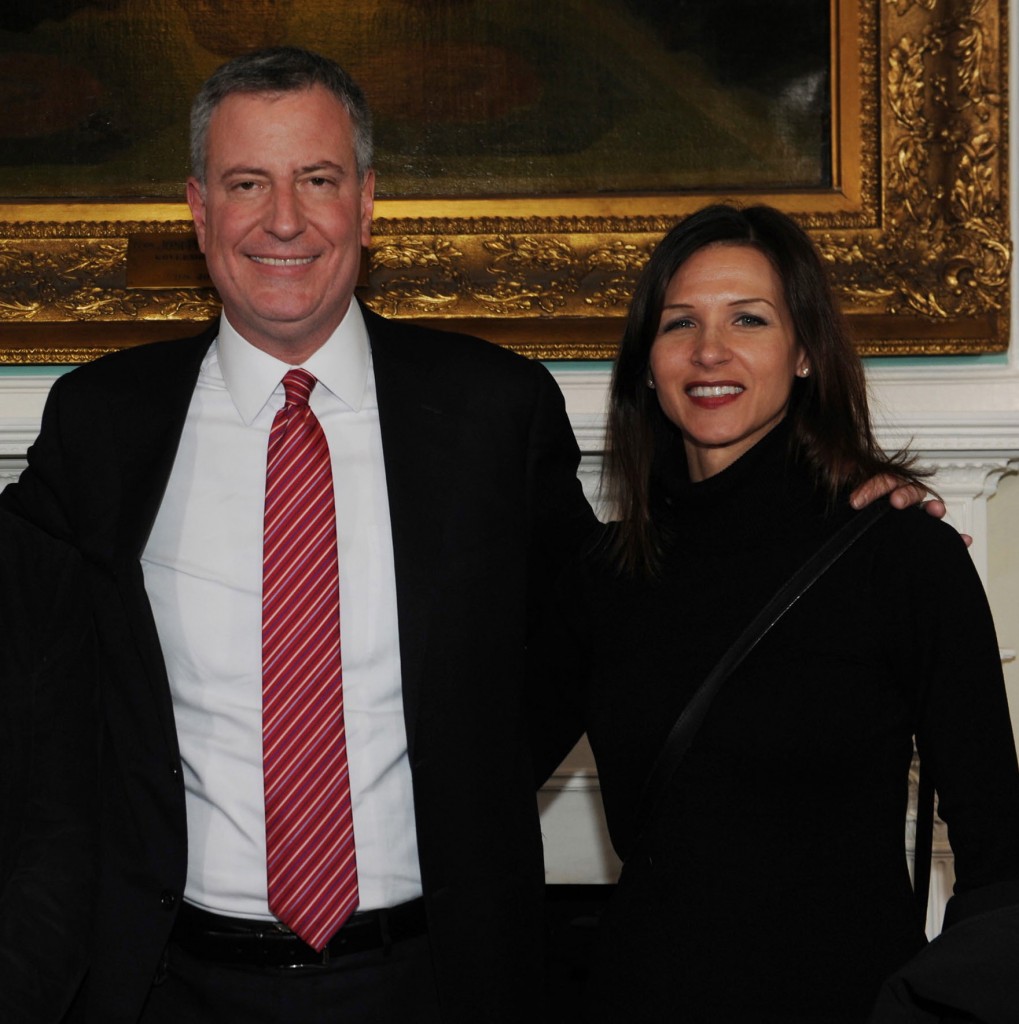 Mayor de Blasio and Lala. She’s six feet even, but taller in her Sorels. So just how big is this guy, anyway?

From the venerable Times, which has conducted an inquiry into the matter:

“…Mr. de Blasio has long described himself as 6-foot-5. But doubts about that measurement have lingered among skeptical tall people who have stood shoulder-to-shoulder with him and wondered if the mayor understates his height.

Those doubts, it turns out, were well-founded.

After an inquiry this week, aides to Mr. de Blasio acknowledged that the mayor is nearly an inch taller than he has publicly let on.

Mr. de Blasio stands 6-foot-5 and seven-eighths of an inch, according to a study commissioned by his office.

“The man I’ve known for 22 years is not what he appears to be,” said Chirlane McCray, Mr. de Blasio’s wife, who is 5-foot-3 1/2 inches and, according to aides, wielded a household tape measure to conduct the test. (The mayor was not made available for an independent review.)”

Ford-gettable: Not in a drunken stupor

Here he is in a Vancouver bar last night, just before he was stopped by police. For jaywalking, maybe more. He was drinking a Coke, he says, and nothing else.

Some folks remain upset Mayor Crackhead, when in public, attracts young people who want a selfie with him. That, as I’ve suggested before, is the Paris Hilton Syndrome (here). Young people don’t think of him as a leader; they think of him as a celebrity, the guy who David Letterman makes fun of.

We need to change that, obviously. We also need to rid ourselves of this pathetic loser, and I think we just might well on our way to doing that. 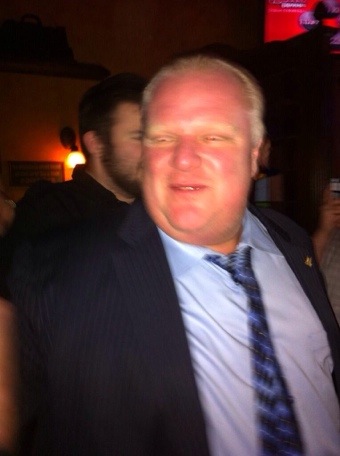 Not sure who the faceless guy is, but the two tall people look friendly enough. 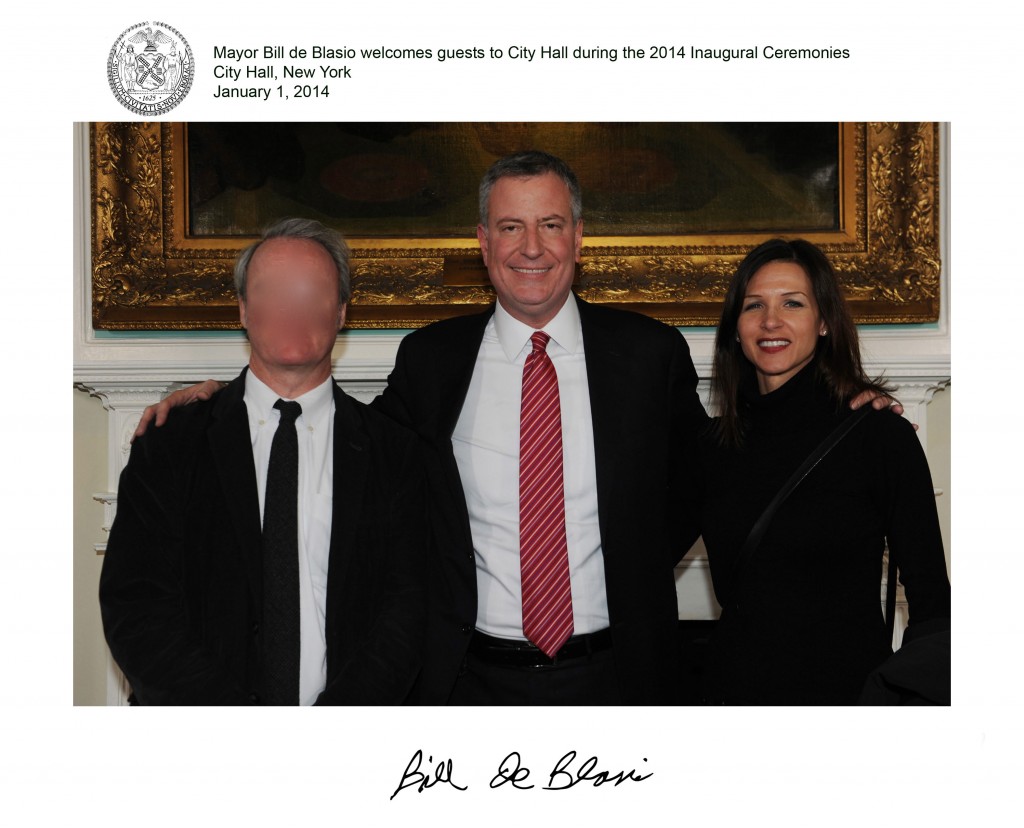 This has been pinging around the Internet this morning – I first saw it on the Twitter feed of someone I follow who is out in Vancouver. Anyway – dunno who did it, or why, but it’s a pretty slick piece of work.  We live in interesting times, eh?

A few weeks back, Canada’s best-loved geriatric punk punsters, SFH, put together a song about Rob Ford ranting in a video about how he planned to kill someone.

Then, Ugly Pop Records sign SFH to put the song out as the B-side to a 7″ release of their smash worldwide hit, ‘Mayor On Crack.’

This morning: we learn the police are investigating Ford and the “murder” video.

Moral of the story: SFH are godlike geniuses, and we anticipate the news before it even happens. Here, again, is ‘Rob – The Rob Ford Song,’ featuring Steve Deceive, the mysterious strummer who has disappeared into the Bermuda Triangle, never to be heard from again.

And wait’ll they see my column in the Sun papers on Sunday! Hoo boy!

I’m about five minutes in. Yes, I think it’s dumb. No one agrees with me, as usual.

To the defendants, meanwhile, we say: good riddance to bad garbage. May your misery be long and deep.

Next up: the scumbags at Brain Dead Animals.

What you don’t see is me behind the camera, making monkey faces.

Rob Ford: I had nothing to do with a murder

What’s amazing isn’t that Mayor Crackhead – he who gives little kids the finger, pisses in public parks, and drinks and drives near schoolyards – denies he killed a young man.

What’s amazing is that the question even has to be asked, as it was here.

You (and the police, hopefully, ultimately) can try and ascertain the truth. In the meantime, here’s a video in which Rob Ford talks about, you know, killing someone.

When you call someone a terrorist

As I mentioned a few days ago, PMO needed to lawyer up. They now see why.

Harper and PMO will lose: falsely calling someone a terrorist is among the most serious libels you can make. They’ll insist on settling with a non-disclose, but if I were advising NCCM – and I am not, and have not – I’d tell them to get stuffed. An apology made in secret isn’t one.