Get Your Chequebooks, Speechies

“Richard Warman is pleased to announce that he will be discontinuing his libel actions against the National Post and their employees Jonathan Kay and Kelly McParland. Mr. Warman notes that the allegations in question were retracted by the National Post and that subsequent negotiations have led to a satisfactory settlement agreement.”

A satisfactory settlement agreement: whatever will that mean for Ezra and his friends?

The Graveyard of Broken Dreams

A hundred lifetimes ago, I was a cops and courts reporter at the Ottawa Citizen. One day, I had to go in for a performance review. When I got there, I told my editors – Randy and Deb – that I was leaving to practice law.

Randy told me some nice things about what he thought my future would have been like in journalism. It made me feel good, and I even wondered whether I was making the right decision.

Anne Mroczkowski? Farah Nasser? They let go professionals with that much experience? I have been interviewed many times by both women – and by many others at CITY – and a more capable group of journalists you will seldom meet. It is extraordinary to me – it is crazy – that the deservedly-reviled bean counters are eager to kick that kind of experience to the curb. It makes no sense, economically or otherwise.

That’s why I am glad I decided to write books, and stay away from daily journalism. The media mavens have no regard, at all, for their one and only strength – their people. They treat their people like shit, in fact. Fear, paranoia and self-doubt pervade every newsroom, everywhere, because the likes of Anne and Farah are being treated so appallingly so frequently. Newsrooms are, as the cliché goes, the graveyard of broken dreams.

I used to teach journalism and law at Carleton. If I was still there, I’d tell my students to forget about the former and choose a career in the latter. Or basket-weaving. Or whatever.

Any career, in fact, is better than daily journalism.

You likely have seen, by now, this clip showing how vicious hockey thuggery has become. It happened on the weekend in the Quebec Juniors, and it is very, very disturbing.

It is also becoming way, way too commonplace. As a proud hockey Dad – who spends many hours in hockey rinks every weekend, and on many weeknights, too – I have seen far too much of this crap. It’s happening more often, it seems.

Enough is enough. It is imperative that the likes of Don Cherry and others condemn, unambiguously, this kind of hockey violence. Because, if it was happening off-ice, we’d be calling it something else.

We’d be calling it a crime. 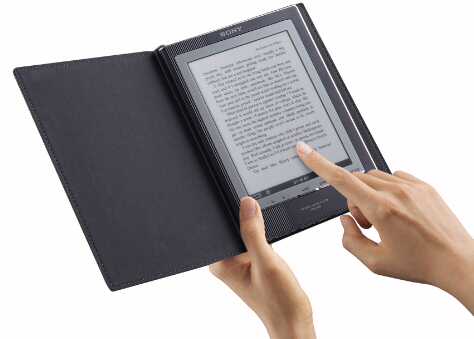 I love the eReader.

I got Sony’s gadget for Christmas, and I haven’t put it down yet. Right now, I’m re-re-reading Vonnegut stuff, and plan to re-read The Great Gatsby.

The eReader lets you download books super-cheap – sometimes free, for the classics – and then upload them to the eReader through an iTunes-like interface.

It’s easy to read, and you can increase the font size if (like me) your eyes are getting a bit older. You can load music on it, and even photos (but they’ll be in a quaint black and white).

It’s gotten me reading fiction again, big time. I don’t know why. A gentleman spotted me using it this week, and we chatted about it, and I told him it makes reading funner. (I didn’t say funner, however, I said something else, which my sleep-deprived hockey Dad brain now forgets). It’s easy to carry around, among other things.

I don’t know anything about the Amazon Kindle, but I’ve heard it’s pretty cool, too. There’s lots of AppleBuzz about Steve Job’s tablet thingie, per usual.

The old-fashioned way of reading books is swell, of course, and has the added advantage of being bathtub-friendly. They also don’t require re-charging.

I just wanted to opine that these new devices are pretty neat. And anything that makes reading easier is a good thing, no?

If the Foreign Affairs figure is correct – and all of us of course pray that the number will shrink, as more people are found alive – then the Haitian earthquake will likely rank as one of the highest Canadian death tolls in a long time, will it not? I don’t keep track of these sorts of grim statistics, but it seems to me with have not had a disaster of this magnitude – affecting Canadian citizens – in many years.

The agency best-equipped to help, as you know, is the Red Cross. You can help them help here .

Cannon says 272 Canadians have been flown out on military aircraft.

There are still 50 Canadians being sheltered at the Canadian embassy in Haiti, with 50 others housed elsewhere.

Cannon says the Canadian death toll remains at four, with 13 others injured.

He says there are 144 military personnel now on the ground in Haiti, with more to come.

The longer-term plan is to send two big C-17 transports in every day, with additional flights by smaller C-130 Hercules aircraft.

Listened to this Israel Kamakawiwo’ole classic with my boys on the way to hockey early this morn. They loved it, so I thought you might, too.

This has to be the saddest children’s song ever sung, more than ‘Puff the Magic Dragon,’ even.

Somewhere over the rainbow
Way up high,
There’s a land that I heard of
Once in a lullaby.

Somewhere over the rainbow
Skies are blue,
And the dreams that you dare to dream
Really do come true.

Someday I’ll wish upon a star
And wake up where the clouds are far
Behind me.
Where troubles melt like lemon drops
Away above the chimney tops
That’s where you’ll find me. 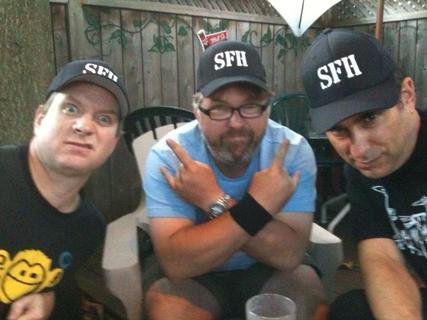 SFH – now renamed and referred to, variously, as Sexy Frenzy Horror, Sap Fruit Humor, or Stoned Flea Hockey – has a big gigola coming up on Saturday, February 27 with The Action and The Targets at Mitzi’s Sister. I’ll post the poster once I draw it.

In the meantime, here’s the new SFH Facebooky page. Vids and other stuff coming there soon.

Join up! Become a fan! Send us your money!

The Master Strategist Ain’t So Masterful

…as evidenced by Ekos, now. Just a hunch, but I’m guessing that the Reform-Con caucus get-together in Ottawa next week won’t be a particularly jolly affair.

Why? Well, because 33 of them, at least, are looking at being kicked to the curb by voters. Thirty-three!

Meanwhile, Stephen Harper’s former Chief of Staff says the government has no “credibility” on padlocking Parliament – so the Reform-Cons dispatch assorted nobodies to pretend that “someone named Tom Flanagan” doesn’t, er, exist. Check this out:

The Master Strategist Ain’t So Masterful

…as evidenced by Ekos, now. Just a hunch, but I’m guessing that the Reform-Con caucus get-together in Ottawa next week won’t be a particularly jolly affair.

Why? Well, because 33 of them, at least, are looking at being kicked to the curb by voters. Thirty-three!

Meanwhile, Stephen Harper’s former Chief of Staff says the government has no “credibility” on padlocking Parliament – so the Reform-Cons dispatch assorted nobodies to pretend that “someone named Tom Flanagan” doesn’t, er, exist. Check this out: