Sarah Palin North got beaten, badly.  The PC leader who impressed me so much, months ago, won big.  Quick takes:

Much to say about all this in the days ahead.  But the pundits and the pollsters don’t look terribly good, tonight! 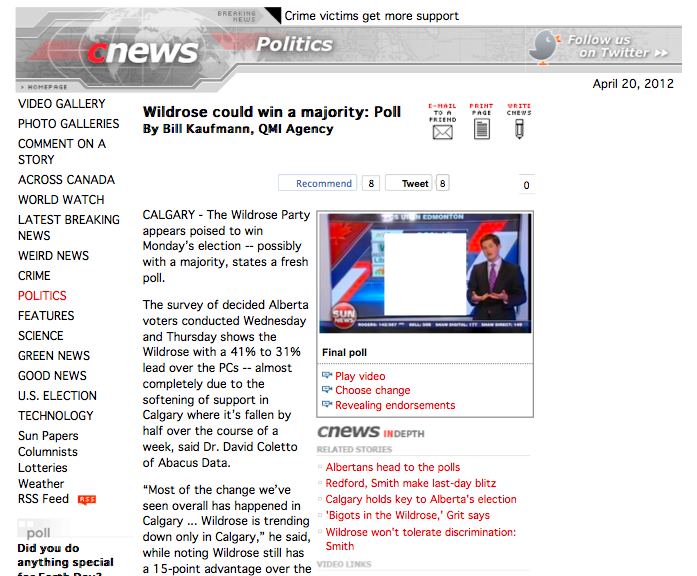