This story, about the loathsome Bev Oda’s willingness to blow the equivalent of most Canadians’ monthly pay on herself, reminded me of this unforgettable photo: 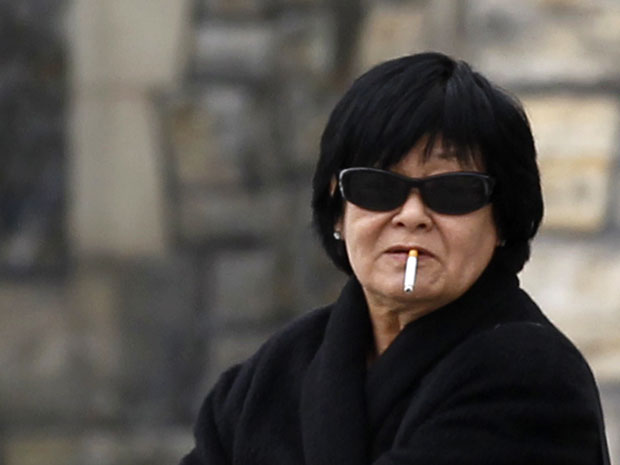 Isn’t that gross?  What a great role model she is for our kids!

Now, how about this gem, about her fellow conservative, Danielle Smith: in it, Smith argues that tobacco is good for you. Next thing you know, she’ll be claiming that gays are going to burn in Hell, whites are better than non-whites, and Jews have a secret “kosher tax.”

“And so it goes. Back on Dec. 2, 2002, Smith used her Herald column to argue against regulation of second-hand smoke. On May 25, 2003, she marked the death of anti-tobacco activist Barb Tarbox by quoting a tobacco-industry-funded researcher to argue that second-hand smoke poses no risk. She went on, and I’m not making this up, “the evidence shows moderate cigarette consumption can reduce traditional risks of disease by 75 per cent or more.”

“Smith has worked for three well-known far-right organizations that have all shilled for the tobacco industry, helping their fight against legislation to control tobacco and smoking: the Fraser Institute, the Canadian Federation of Independent Business, and the Canadian Property Rights Research Institute. At least two of them, the Fraser Institute and the CPRRI, received direct funding from the tobacco industry.“