After THIRTY-TWO YEARS – the Hot Nasties’ EP has been re-issued by Ugly Pop records!

We recorded it in a garage in Calgary in 1980, overseen by a couple of hippies who were absolutely mystified by these angst-riden teenagers who couldn’t sing or play. That’s me on the left, Sane Wayne Ahern to the right, then Ras Pierre Schenk, and (fittingly, under a burst of light, because he later became a monk) Just Plain Tom Edwards.  The pic was taken by Barrie Wright, R.I.P., outside the Calgarian Hotel one night.  None of us was ever stabbed to death there, but God knows many tried.

You can buy the EP, which has been amazingly re-created by the Ugly Pop guys, here.  The sound quality frankly blows me away.  Nice job on the line-by-line recreation of the sleeve and insert, too.

2012 is a year for punk! Hot Nasties re-issued, and SFH releases its concept album, Why Do You Hate Me?  Pick ’em up now, pick ’em up often! 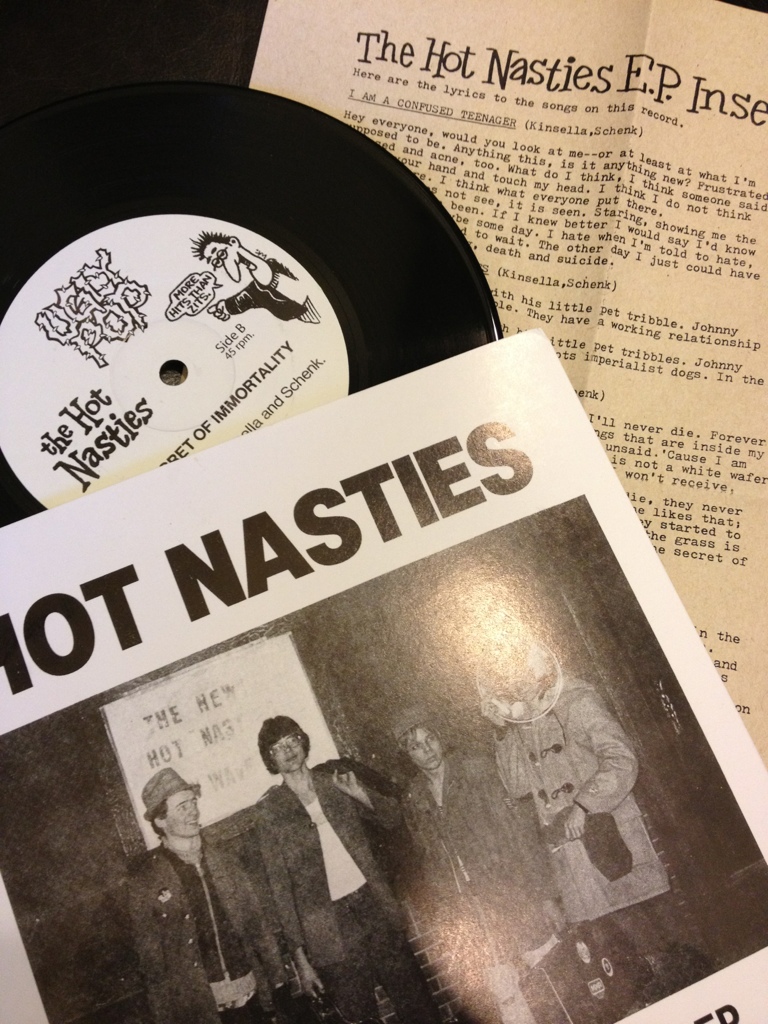