This is ARC’s picture of Toronto’s mayor, Rob Ford, with John Latvis. The last time John and I ran into each other, he was a member of the neo-Nazi band, RAHOWA (Racial Holy War).

Here he is in an unofficial shot from ARC, swastika tat evident. 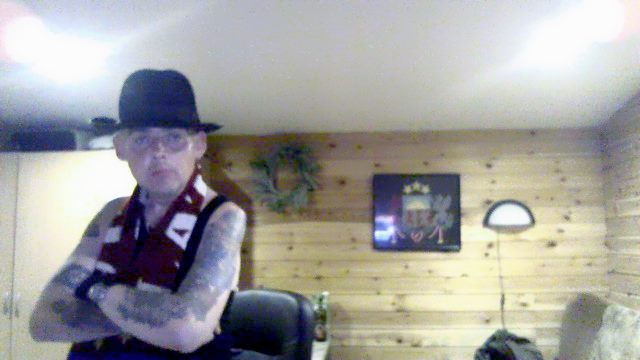 That info took me 45 seconds to locate on the Internet. It would have taken the mayor’s staff about as much time. Latvis doesn’t hide his name or past, particularly.

Question: why is Toronto’s mayor palsy with a former neo-Nazi icon?

Statement from the Office of the Mayor

An online blog today posted a picture of Mayor Rob Ford meeting a citizen during the 2012 New Year’s Levee at Toronto City Hall. The blog alleges the man posing with the Mayor is a member of a hate group and has a history of making racist, hateful and offensive comments.

The Mayor of Toronto meets, and poses for photos, with thousands of residents each year. Over the past two years, the Mayor has hosted two New Year’s Levees. These events welcomed over 800 visitors to City Hall, and 700 to 750 of them were personally greeted by the Mayor who posed with them for photographs.

During both the Levee and the March meeting, the gentleman identified himself using a name different from the one attributed to him in the recent blog article. Once the photograph was posted online today, Mayor’s Office staff recognized the individual as someone who had met with the Mayor at the Levee and again in March.

At no time was the Mayor aware of allegations that this individual had made racist, hateful or otherwise offensive comments, nor were any such comments made during his meeting with the Mayor. Mayor Ford is a strong supporter of Toronto’s Jewish community and strongly deplores anti-Semitism in any form.