From 1839. And the guy looks so cool, he could be fronting an alternative band from the Bowery, for Chrissakes. What an awesome, awesome picture. (And, no, I don’t know who he was. I don’t think anyone does.) 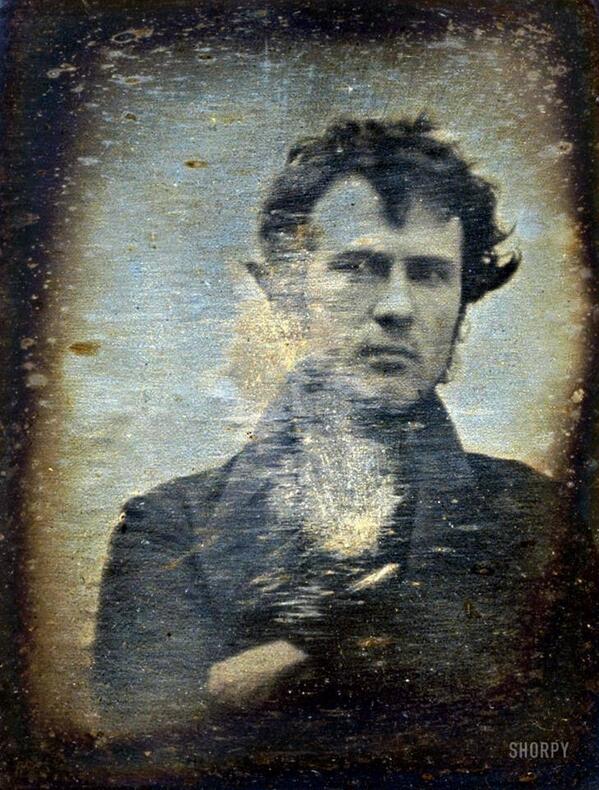 UPDATE: Chris (Grit Guy) found out who he is, just like that! It’s Robert Cornelius, which is a totally awesome rock’n’roll name. Link here.