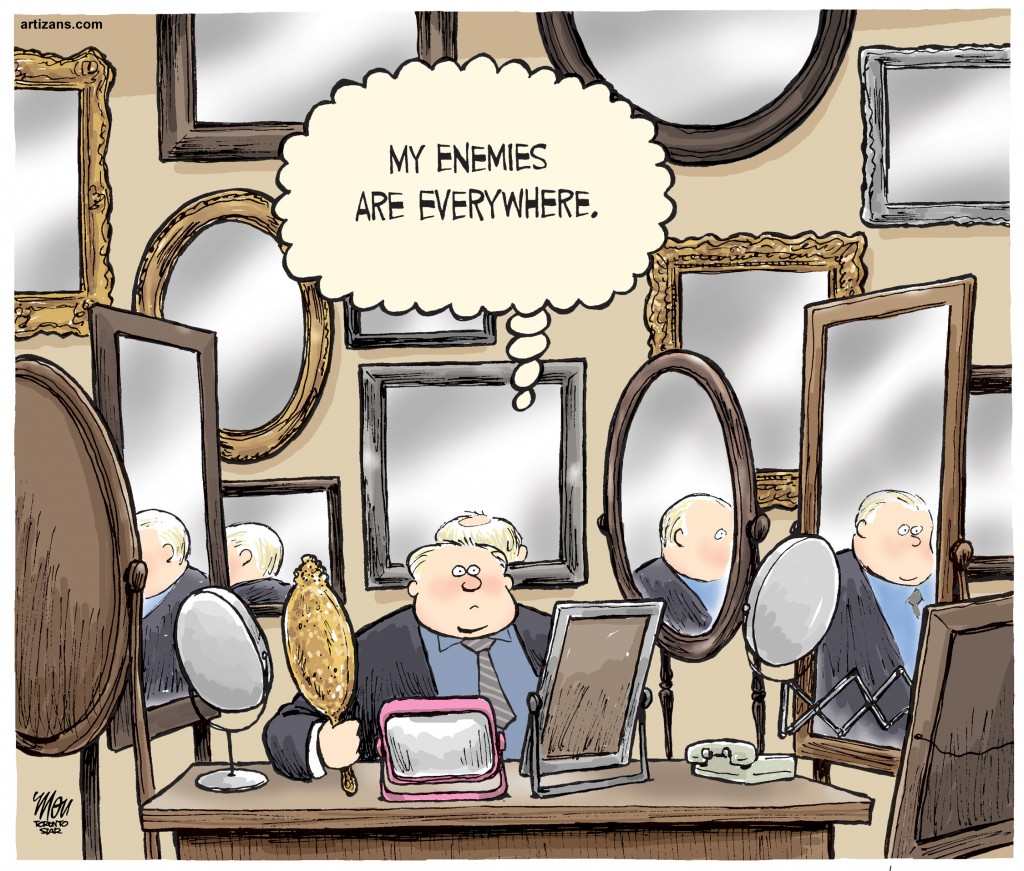 The amount of coverage is immense, and it isn’t showing any sign of abating.  I don’t have to link to anything – it’s everywhere, wherever you are in the world.  You can find it all on your own.  There’s great writing going on, and shitty, self-absorbed writing, too.

I’m not yet sick of reading about Rob Ford’s sickness – it’s hard to tear my eyes away, I reluctantly admit – but there actually isn’t any new news now: before last week, the whole thing was really about a video of him smoking crack. We now know from him that he did smoke crack, and we know from the cops that the video exists. So, a lot of people are just watching now to see if he dies or not – figuratively or literally.

Me, I’m watching Ford less, and those around him more.  Readers of this web site know that I have been highly unimpressed by the reactions/actions of the likes of John Tory or Karen Stintz.  But lots of others are being judged too, whether they know it or not.  Federally, provincially, municipally: sooner or later, politicians will be called to account for what they did, or didn’t do, during the great Rob Ford circus of 2013.

Not many of them will receive a positive review, I think.  What do you think?