Should’ve fired Mueller when you had the chance, Agent Orange

But now it’s too late, Unpresident:

The subpoena seeks both documents and testimony from people involved in the meeting, CNN has learned. That meeting has drawn scrutiny since an email exchange beforehand indicated the Russians offered damaging information on Hillary Clinton. Mueller’s grand jury activity was first reported by The Wall Street Journal and Reuters.
Mueller’s team of investigators continue to look into whether President Donald Trump or any of his campaign associates colluded with Russia during the presidential contest.

If Trump makes a move on Mueller now, that itself will be evidence of one of the two crimes that Mueller is clearly investigating – obstruction of justice.

And the June 2016 meeting itself – about which no solicitor-client privilege or confidentiality claim can be made, because Trump’s idiot namesake son publicly released all those emails – is the evidentiary basis for the other crimes: a conspiracy to violate the Computer Fraud and Abuse Act; and/or soliciting or accepting a campaign contribution from a foreign national or foreign government; and/or – and this is the good one – actual treason.

With the convening of these grand juries, and the probative value of the evidence growing, my considered legal opinion is this: 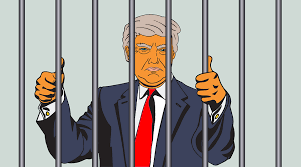